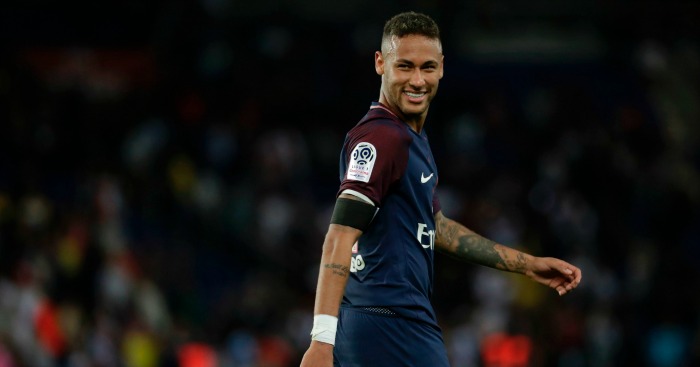 Chelsea’s boyband, Neymar’s genius and a Manchester City fan and his banana were among the moments we loved this weekend.

The most expensive player in history made his home debut on Sunday evening as PSG recorded another thumping victory, this time beating Toulouse 7-2 at the Parc des Princes.

Neymar scored twice himself, but this corner routine and assist alone was enough to make our night.

It’s all a bit ‘the lad in the playground who once had trials at Sheffield Wednesday’, isn’t it?

And then he did thispic.twitter.com/Rp6kdtHhFQ

PSG have finally got a rightful heir to Jay-Jay Okocha and Ronaldinho.

The latest in our collection of interesting but pretty much pointless stats from our friends at Opta – expect to see this as a weekly feature:

– Michy Batshuayi was the first substitute to score an own goal for Chelsea in the Premier League since Michael Duberry against Leicester City in April 1999.

– Hal Robson-Kanu is only the fourth player to come on as a sub, score and be sent off in the same Premier League game, and the first since Ivan Klasnic for Bolton in October 2010.

– Frank De Boer is only the second Dutch manager to lose his first two Premier League games after Martin Jol (lost his opening three in the competition).

– Southampton’s 3-2 victory over West Ham was the first time the Saints have scored a 90th-minute winner at home in the Premier League since August 2004 (James Beattie v Blackburn).

Spare a thought for Nathaniel Chalobah. At first viewing his decision to dummy a free shot at goal only to gift the ball back to Bournemouth appeared absolutely ludicrous and was only compounded by his complaints to the referee.

But then on second viewing you get to see the cunning of Harry Arter, calling for the ball to be left as if he was a Watford team-mate. Lovely stuff.

This Stoke fan getting leg dropped on the stairs when they scored is fantastic pic.twitter.com/N2Ee3mAUVt

Oh, and *this* picture

Actually, *this* gif as well

Rashford took a bit of criticism for missing a few chances, but this was very lovely. 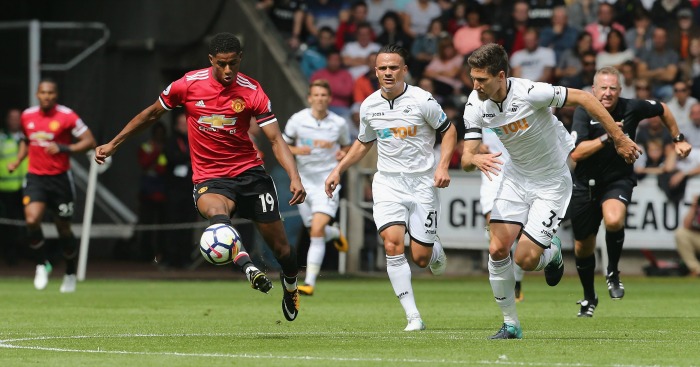 Epic moment last night in Romania. 96th minute. Newly promoted Juventus have a chance to get a point vs Steaua. Then this happens.via: Dolce pic.twitter.com/4COjNPtVdP

Real Madrid continue to seemingly play a different game to everybody else, winning 3-0 at Deportivo, with Casemiro finishing off a 44-pass move, the most recorded since at least 2005-06, according to Opta.

Here’s how it ended…