11 things you might have missed in Europe this week: Neymar, Barca, Juve… 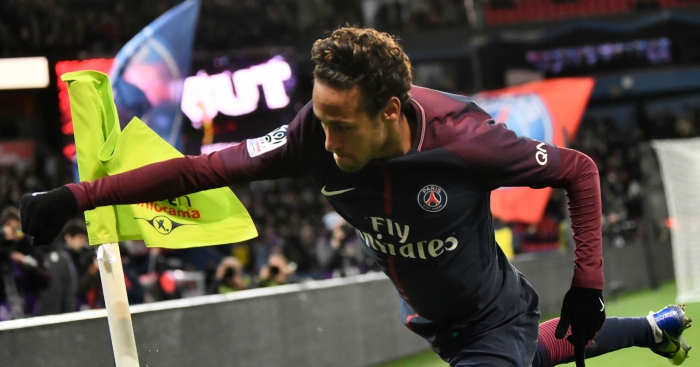 Every Monday, we round up some of the things we loved from the weekend of football just passed, but there’s plenty of stuff that happens during the week that entertains us too.

There’s going to be lots on Neymar in this series, but he started the week by tormenting PSG defenders in training so much that we actually felt quite bad for them.

Turan’s move to Barcelona really didn’t go well. But after months of speculation linking the midfielder to a number of Europe’s top clubs – including plenty in the Premier League – he returned to his native Turkey to join İstanbul Başakşehir.

Fans turned up en masse to greet Arda Turan at the airport in Istanbul 🇹🇷💯 pic.twitter.com/ga7KEjXEcT

Clasie left Southampton in the summer to join Club Brugge on loan either, and it seems highly unlikely the midfielder will be returning any time soon.

The 26-year-old has spoke of his desire to remain at the Belgian club, describing his spell in England as “horrible” in the process.

Neymar scored four goals (of course he did) as PSG thrashed Dijon 8-0 (of course they did) on Wednesday night.

The Brazil superstar completed his hat-trick with this extremely kid-who-once-had-trials-at-Ipswich-pissing-around-in-the-school-playground goal.

When we saw Inter had signed Lisandro Lopez on loan we assumed it was that striker who banged them in for Porto and Lyon a while back.

It turns out they’ve signed a 28-year-old centre-back on loan from Benfica who had only made four league appearances for the Portuguese outfit this season.

We’re trying to work out what’s going on with the fly on his jeans.

Benfica's 28yo Argentinean centre-back Lisandro López has joined Inter on loan with an option to buy. The loan fee is believed to be €500k and the buying option €9.5m pic.twitter.com/XMf2ZbQfKA

Okay, this technically happened last week, but this is the first of these articles so cut us some slack, yeah?

In more news which had completely passed us by, Sneijder has joined Qatari club Al-Gharafa after making only four Ligue 1 starts at Nice. This probably means he won’t be joining Manchester United.

You either die as a Wesley Sneijder rumour or live long enough to see yourself become Strootman gossip.

Cavani scored twice (of course he did) in PSG’s big win to equal Zlatan Ibrahimovic’s record as the club’s all-time top goalscorer.

But the Uruguayan was denied the chance to break Ibrahimovic’s tally as Neymar refused to let him take a penalty (of course he did) – despite having already scored a hat-trick himself.

PSG supporters went on to boo Neymar (of course they did), which prompted Thomas Meunier to defend the Brazil forward (of course he did) and label the fans “disgraceful”.

Meanwhile, if any club wants to sign Gerard Pique they will have to activate his £441million release clause after the defender signed a new four-year deal with the club.

Hopefully he can afford to buy himself some new trainers now.

Sticking with Barcelona, even the supposedly least-skillful member of their midfield is ridiculously skillful.

Juventus could be about to sign the first North Korean player in their history in Kwang-Song, who has impressed on loan at Perugia this season with seven goals in 17 appearances.

The 19-year-old striker scored once in five Serie A appearances at Cagliari last term and is said to have caught they eye of Juventus.

One player who is not yet moving to Turin is Sampdoria’s Dennis Praet, who has denied reports suggesting he has an agreement to join the Bianconeri in the summer.

Juventus chief executive Giuseppe Marotta has confirmed the club are hoping to agree a deal to sign Liverpool’s Emre Can.

“Emre Can is a player whose contract is running down, so it allows us to approach him for negotiations and that is the course we have taken,” Marotta told Sky Sport Italia.

“I can’t say if he could sign a new contract with Liverpool, but I can say we will try all we can to get the player. Obviously, we have to respect what the player wants.”

We analysed the midfielder’s stats to see how he compares to his potential rivals for a place in the Juve side. 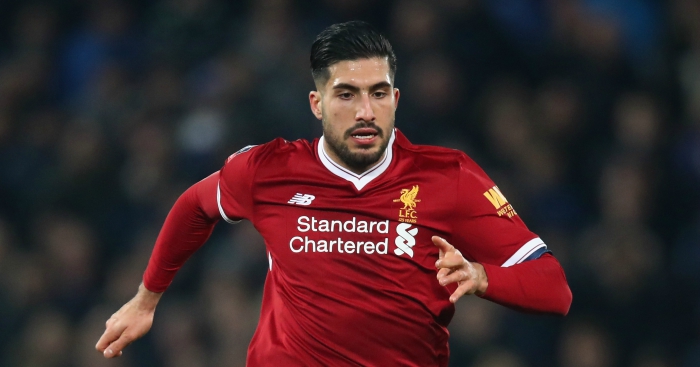 READ: How do Emre Can’s stats compare to Juventus’ midfielders?