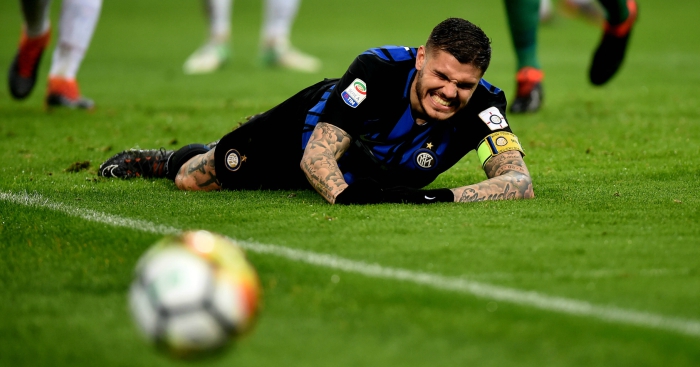 A former Manchester United superstar continued his excellence this week, while Liverpool and Bayern Munich displays obviously caught our eye.

It has been a big week, with the Champions League quarter-finals taking place, as well as the Milan derby.

We’ve rounded up some of the best clips from the week’s action.

Wilkins sadly passed away this week, but the tributes which have poured in are a testament to the man.

Former solider reveals how Ray Wilkins helped him escape a life on the streets.

It’s impossible to keep coming up with superlatives to describe Ronaldo, who continues to defy expectations.

Ladies and Gentlemen, I give you @Cristiano and a very, very special goal: pic.twitter.com/Y8gfB21b52

What we’re most grateful about the Ronaldo goal for is the fact it inspired our mates at Ball Street to dig up this clip.

Ronaldo's was ok but it doesn't come close to when Nicky Butt got subbed on and within 30 seconds smashed one into touch deep in his own half, for no obvious reason. pic.twitter.com/D962AkSiEe

Nobody cared because his name is Ramires not Ronaldo? pic.twitter.com/OjAVY48SpF

We’re not going to argue with Zizou.

Zidane: "It's one of the best goals ever…but mine was better!" 😜

What do you think? pic.twitter.com/Dw5aYE1p1Q

It may be a cliche, but watching Liverpool blow away a brilliant side on a European night at Anfield is pretty special – and it also shows that fans can, and do, make a difference.

How else can you explain Manchester City forcing Liverpool to change ends so they couldn’t play towards the Kop in the second half?

Alex Oxlade-Chamberlain with an absolute screamer!

Our friends at Ball Street have made this excellent short video looking at why Alli has become the Premier League’s biggest pantomime villain.

Mauro Icardi with the miss of the season in the Milan Derby.

How does this not go in?🤭 pic.twitter.com/3QKvMQ3U0e

Oh, Mauro, mate. Not again. (This was in stoppage time.)

Who mans is this?? (part 2) #Icardi pic.twitter.com/hy1kdY2HwS

With Hull’s coaching staff time wasting, this kid took matters into his own hands. Give him a Championship winner’s medal.