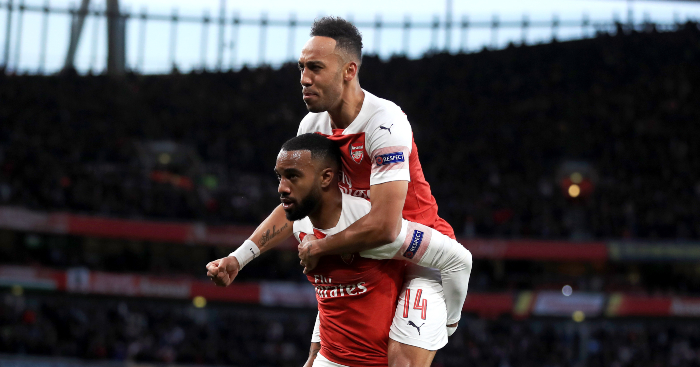 Something tells us we might not be adjusting to life under lockdown as well as we hoped, given we spent the weekend looking around frantically for highlights from the Belarusian Premier League.

Belarus is the only country in Europe where professional football is still being played, and the competition is providing the football fix supporters are craving around the world.

We’ve always said the Belarusian league is where it’s at.

A failed panenka with ball boys laughing at the penalty taker? We told you the Belarusian league is where it’s at.

Is this their equivalent to Jack Wilshere’s goal against Norwich City?

Get your counter-attack fix here.

Manchester City have signed over the use of the Etihad Stadium to the NHS to use it however they need in the ongoing fight against the coronavirus.

And more goodness in testing circumstances.

Milik has made his restaurant in Katowice, Food&Ball, available to cook, pack and ship food to the hospitals in the city where he grew up. 💙 (@footballitalia) pic.twitter.com/X1BAkVsGN7

On the night England should have hosted Italy.

Although we couldn't welcome you to Wembley tonight, we are with you @azzurri.

This is a battle that must be faced together, with unity. #StayHomeSaveLives. pic.twitter.com/j9YMpdMRDn

Only on Reddit can you get a thread and correlation of data on Zinedine Zidane's hair loss and performance on the pitch. 🤣 https://t.co/DdlIunThWH pic.twitter.com/QnVFuaYXJp