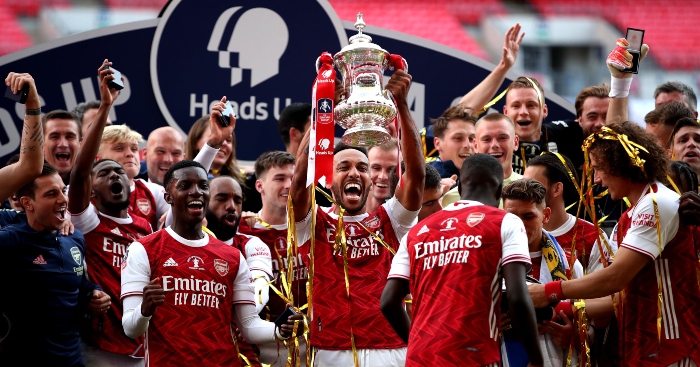 All eyes were on Wembley this weekend as Pierre-Emerick Aubameyang inspired Arsenal to victory against Chelsea in the FA Cup final.

Elsewhere, Serie A concluded after a marathon 11-month 2019-20 season while Celtic got the 2020-21 season underway in Scotland.

Aubameyang’s finishing was a lot better than his trophy lifting in the FA Cup final.

Ten years and six loan moves since joining Arsenal. Good on ya, Emi.

Arteta is the first person to both captain and manage Arsenal to victory in an FA Cup final.

Mikel Arteta on the FA Cup with Arsenal:

We can’t wait to see how good Pepe will be next season. 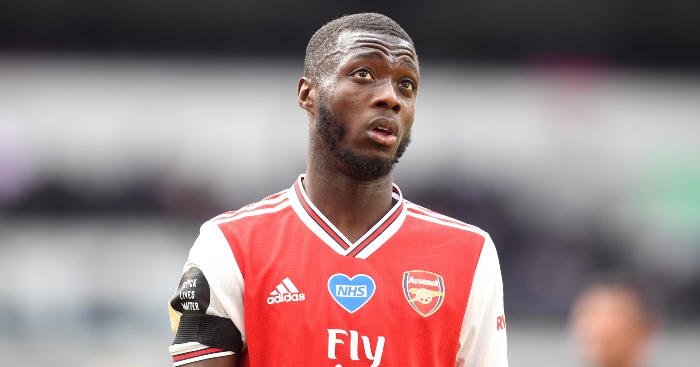 Wright was absolutely delighted with Arsenal’s win. Ashley Cole not so much.

Howe took the club from League Two to the Premier League during his time in charge.

The highlight of his time there? Catching his gum without looking 👏

Another brilliant season for the Lazio striker.

Ciro Immobile in Serie A this season 🇮🇹

The Italian reffed his final match but still found the time for one last red card when Juan Cuadrado joined in the celebrations.

Young has been rolling back the years with Inter Milan this season.

Inter with an early 2-0 lead 🔵⚫ pic.twitter.com/2qkFkpeeYY

The Celtic striker picked up exactly where he left off in March.

🟢⚪️ It took 22 year-old Odsonne Edouard 53 minutes to get a hat-trick in Celtic's first game of the season against Hamilton! 🎩

☘️ 94 goal involvements is just insane. No wonder he's been linked with a host of clubs in England & Italy! pic.twitter.com/Wf5GtZWgZv

A good goal, but an even better name.

ANDY POLO WHAT HAVE YOU JUST DONE pic.twitter.com/gYE3azT7Wg