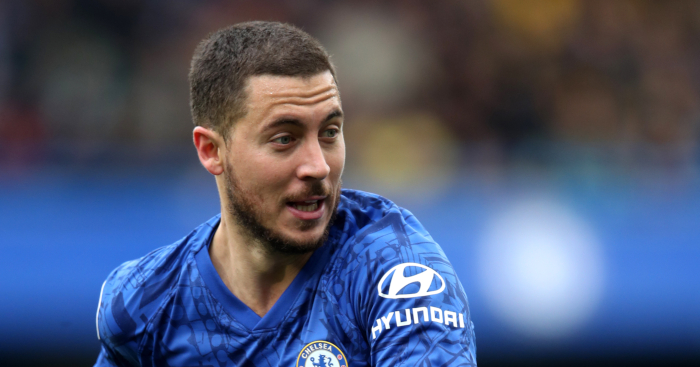 Chelsea secured Champions League football, Arsenal waved goodbye to a hero and Liverpool kept up their end of the bargain this weekend.

With just one game to go, the title is yet to be decided in the Premier League, while there was plenty of drama in the Football League and around Europe.

Eden Hazard is the only player in Europe's top five leagues to have 15+ goals and 15+ assists in the league this season.

Ramsey had a nice big cry when saying goodbye to Arsenal, and we don’t blame him.

For 11 years of service, for 369 appearances, for 64 goals, for 62 assists, for those Wembley winners, for coming back from that injury to achieve what you have with us, for EVERYTHING you’ve given to this club, we just want to say…

Ivanovic is a hard man, right? Then how come he’s so scared of flares?

🤔 – How many men does it take to change a corner flag?

There's no punchline, but @GNev2 is pretty amused after it was snapped by Mbenza's celebration! 😂

Would also like to sincerely say thank you to absolutely none of my team mates, as this is an individual award, losers. https://t.co/uvMjahtcdt

They trumped Leeds’ sh*thousery last weekend with this goal in a relegation six-pointer against Plymouth. Both ended up going down, anyway.

The in-form Spaniard caused Dejan Lovren and Fabinho plenty of problems with his footwork. This is sensational.

Lovely total football Ajax won the Dutch cup with a 4-0 win over Willem II. This is the pick of their goals.

Fitba never lets us down.

Sure, this isn’t football related, but we can’t stop watching it. (You’ll need your sound on.)

Watch: Van Dijk orders TAA to give Shaqiri free-kick which sets up winner