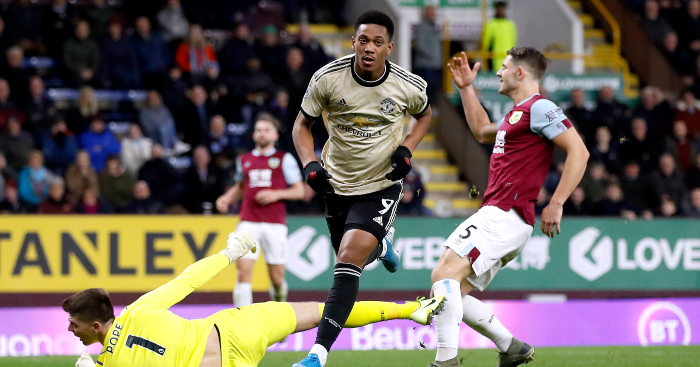 The gap in between Christmas and New Year can often feel like a bit of a slog, but football provided plenty of entertainment this weekend as it descended into a post-festivities delirium.

Chelsea secured a dramatic victory at Arsenal, Rangers beat Celtic in a typically fiery encounter and Leeds United went batsh*t crazy for a change. And that was just the start.

In a farewell match for Diego Forlan, Suarez went in goal for the second half and was surprisingly good. (Admittedly the game did finish 6-6.)

That awkward moment you get cramp while broadcasting live on the BBC.

Anthony Martial has scored more Premier League goals (41) and had more goal involvements (61) than any other #mufc player since his debut in September 2015. pic.twitter.com/hvcKofjqtM

Reckon he enjoyed that?

THAT'S how it feels for Steven Gerrard – massive win for @RangersFC and their boss!

For all the talk of Chelsea’s young players under Frank Lampard, one of their older heads is leading the way.

Willian created seven chances against Arsenal, the most by a Chelsea player in a single Premier League game so far this season.

And he got the assist for the winning goal. 🎯 pic.twitter.com/kBrTmr19oM

We can’t help but love his sh*thousery.

The greatest league in the world bar none – and this is just from the first half of this season.

After Jose Callejon’s brother scored in his final match for Bolivar, a young fan cried while begging him to stay. Juanmi burst into tears and gave him his shirt. Now we’re crying.

They’re actually going to kill off our Rob by the end of the season. It’s going to be great to watch.

What a ridiculous football club Leeds United are pic.twitter.com/ns19p9Ygf4