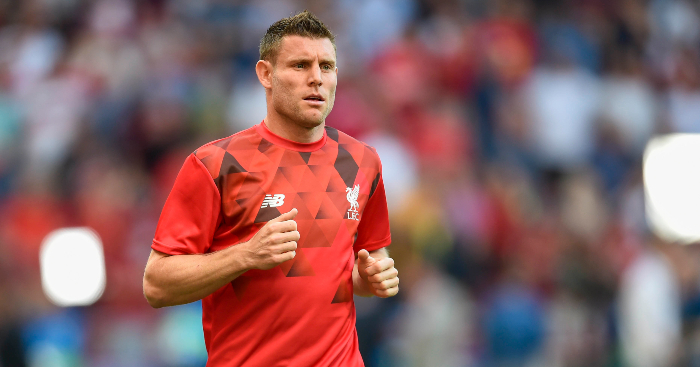 USA won the Women’s World Cup, Brazil won the Copa America and Mexico won the Gold Cup on Sunday – and there was plenty of stuff elsewhere that caught our eye, too.

The third-place play-off at the Copa America was particularly entertaining, with Lionel Messi completely losing his head after being sent off for absolutely nothing.

Everton Soares scored Brazil’s opener in their 3-1 win over Peru in the Copa America final. We told you he was good. But just look at this assist from Firmino. Divine.

Mexico won a record eighth Gold Cup on Sunday. This was a rather nice way to seal it.

First he smashed Liverpool’s pre-season fitness test (again), then he made this Starbucks barista’s day.

What a goal this would have been.

Those two touches to get away from the defender are lovely.

A fitting tribute to Rory Delap on the weekend the former Stoke hero turned 43.

We’ve seen lots of these, but Marco Reus doing the bottlecap challenge with a baby bottle while sucking a dummy is, erm, different.

This is deservedly getting a lot of love.