11 things we loved this weekend: Robertson, Pepe, Neymar and more 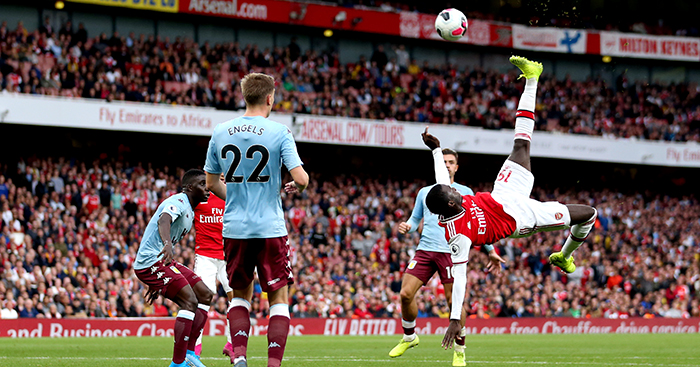 Liverpool maintained their perfect start in the Premier League at the weekend, but things aren’t going quite so smoothly for Barcelona in La Liga.

Barça were beaten 2-0 at Granada on Saturday and have only seven points from their first five games of the season, which is their worst league start for 25 years.

And, as always, there was plenty of other drama going on around the world which you might not have been aware of.

Nobody would have blamed him if he’d just belted it.

OK, it counted for nothing. But we love this man.

Mo Salah has a (non pen) goal or assist every 94.3mins in the @premierleague

The best rate of any player with >50 in history

A no-look bicycle pass. Haters will say he didn’t mean it.

This bicycle kick pass by Pepe, I really thought this was going in. Would've been bloody insane! Scoring that penalty did him a world of good. pic.twitter.com/uxWzsvIFHu

Manuel Neuer, eat your heart out.

This was in the second division in Mexico.

We’ve said it before and we’ll say it again: the Polish league is amazing.