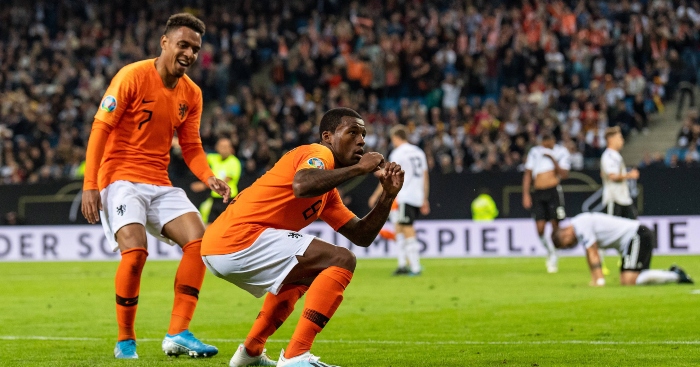 There was a non-league hero, a baby’s heartwarming introduction to football and a pretty awkward anthem mix-up.

The greatest feeling in football.

Gini Wijnaldum with – and I’m not overstating this here – the best assist in the history of association football pic.twitter.com/G7GQrahp65

Goal of the weekend?

Or is this goal of the weekend?

Naming a baby gorilla in Rwanda. Of course.

The main man spent his international break enjoying the sights of Scarbados.

There’s usually some doubt over whether someone tried to score from a corner. There isn’t with Carvalho.

We hope the PA guy didn’t bump into the Albania squad after the match.

Ahead of Albania's match vs. France, Andorra's national anthem was played.

The looks of confusion on the Albanian players' faces 😂 pic.twitter.com/hDkbVMuKWt

Everything about this is wonderful.

A group of Croatian fans singing a lullaby to a baby in Slovakia, before the match Slovakia v Croatia pic.twitter.com/cb9kkRRvcJ