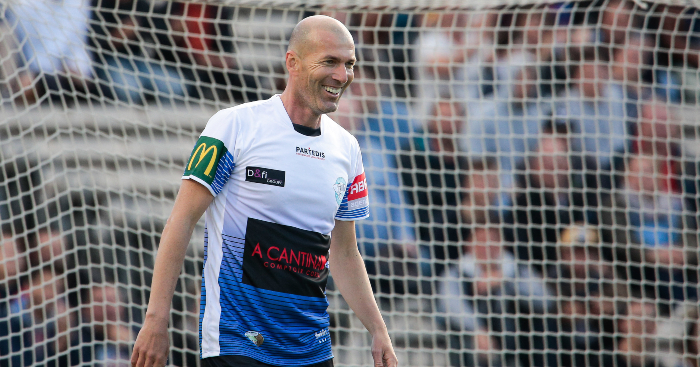 A number of ageing stars rolled back the years this weekend to prove you never lose it.

Fernando Torres, David Villa and a certain Zinedine Zidane were among the goals, while Madagascar provided the shock of the AFCON so far by beating Nigeria.

Some UNBELIEVABLE sauce on this Zidane goal from a charity match. Dude's still got it pic.twitter.com/df22lBXCqc

That pass. That finish. That Haiti goal.

The goal is crap, but we have a lot of time for that celebration.

It was a good weekend for former Spain heroes in Japan.

Madagascar beating Nigeria in the AFCON is an awful lot of fun. As too is their opener from Lalaina Nomenjanahary.

Ochoa was Mexico’s hero yet again as the goalkeeper saved the decisive spot-kick against Costa Rica – and their fans certainly enjoyed it.

The best ever selling Nike shirt in one single season.

Team USA aren't the only ones on a winning steak at the Women's World Cup. Nike has sold more of their home jerseys on its website than it has of any other soccer team's shirt, from Brazil to Barcelona, in a single season in its history.https://t.co/2a5i3FqLuB

At 21 years old, Scuderi has had to call time on his professional career, but it’s remarkable he even got this far.

After continuous fighting and intensive rehab, he has decided to end his professional career in fear of relapse.

You’ll forever be part of the Dortmund family 💛 pic.twitter.com/MgDFdPrhaF

Tell us what you really think, Jozy.

MLS refs are some of the worst in the world. Absolutely horrible. https://t.co/XDBeERVlwQ

Watch: Gerrard rolls back the years with great finish in Rangers training