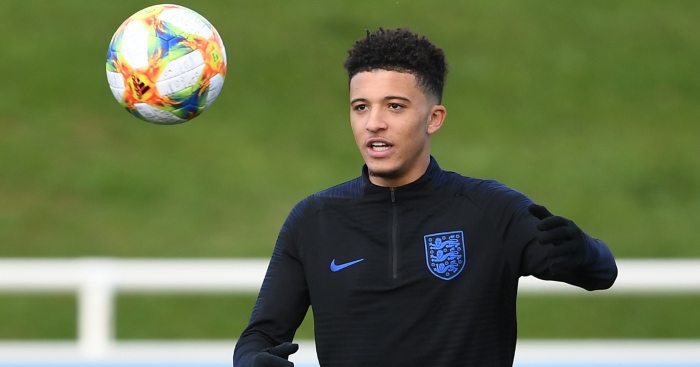 Jadon Sancho’s rise to the top has only just begun and is showing absolutely no sign of slowing down, as the 19-year-old keeps consistently showing against whoever he plays.

Sancho has scored nine goals and provided 13 assists for his team-mates already this season, and it is the sheer confidence and flair that the winger possesses that gets the crowds on their feet.

So sit back, relax, and watch the teenager ripping it up for Borussia Dortmund.

If he can’t go one way, he’ll just run past you the other way, no problem.

Two defenders to beat is fast becoming a standard for Jadon Sancho.

Sancho’s take on the ‘Berba Spin’.

You just don’t know which way he is going to try and beat you.

The defender thinks he’s got him, but this isn’t a one trick pony you’ve got on the left wing.

One chop to take two defenders out of the game. Cristiano-esque.

The simplicity of dropping the shoulder + pace.

The Hertha defenders must be sick of the sight of him.

If one nutmeg wasn’t enough, here is your seconds.