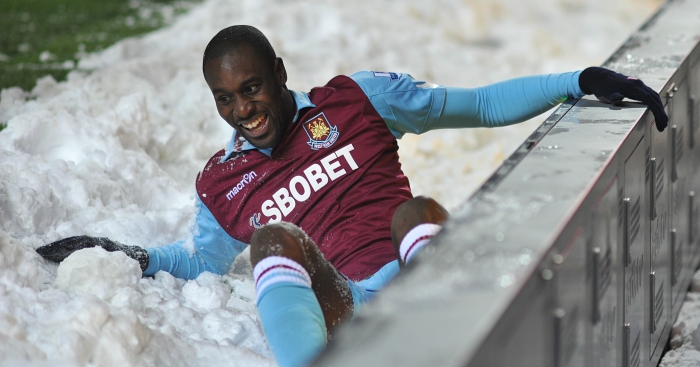 Former Manchester United and Chelsea men have provided us with some of the most entertaining moments when snow and football have come together.

Football players and fans take to the snow in different ways, some seeing it as an unwanted cold annoyance, whereas some see it as an opportunity to entertain.

We’ve taken a look back at some of the times the snow made us chuckle, with snowballs galore, orange balls, blue lines and, of course, the classic snow dive celebration.

We know he’s an angry man, but the AC Milan manager took things one step further, when he was told his team couldn’t train outside due to the snow, so he took it upon himself to storm out and find a pitch.

Due to heavy snow in Rome, today's training for AC Milan was cancelled and instead the team worked indoors at the hotel gym.

Gattuso was so annoyed with the situation he left the hotel to personally find an empty pitch to train on… pic.twitter.com/KpkGXupGOd

Searching for their first win of the season, Koln were awarded a penalty with the chance to make it 2-0 just 15 minutes into their tie with Freiburg.

However, the snow left the referee searching for the penalty spot – and he even had to count out the yards.

And then Cologne didn’t even win the match, with the visitors coming back from three goals down to win 4-3.

*Thinks back to his youth playing in the park*

Somebody forgot to paint the penalty spot in Koln due to the heavy snow. The ref is forced to improvise 😂❄️ pic.twitter.com/VHzP1XXHBO

West Ham travelled to Blackburn for a 1-1 draw in 2010, and Cole took a tumble into the snow, fortunately seeing the sunny side along with home goalkeeper Paul Robinson.

The Falkirk captain got stuck in a traffic jam on the way to training, so used his time effectively in the snowy setting.

'Use your time effectively' So stuck in a massive jam on way to training, rather than just sit why not get out and get some glute work done 😂😂😂😂😂😂😂😂😂😂😂 #workoutsinthesnow #crackinghealthandnutrition

A post shared by David Mccracken (@crackinghealthandnutrition) on Feb 23, 2017 at 1:46am PST

You can just tell from Roy Keane’s face that he thinks there’s absolutely nothing wrong with the conditions this game was played in.

No, not the football match. The snowball fight between the two sets of supporters.

OK, sweeping the lines clear and not the rest of the pitch has become accepted as a mini-solution to snow on a football field.

The pair got themselves acquainted when snow fell on Bournemouth’s clash with Leicester. 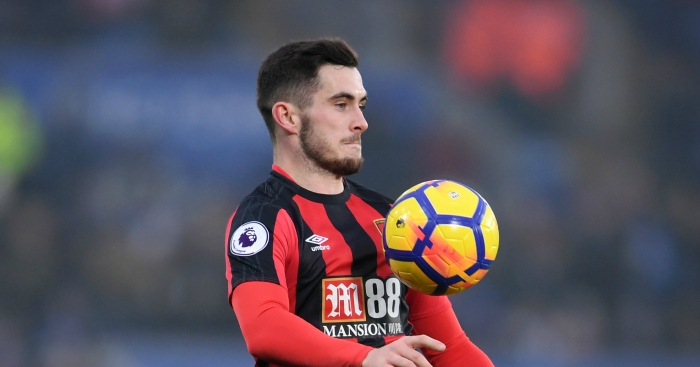 This is a bit one-sided, don’t you think.

Snow on the side of the pitch, score a diving header, why wouldn’t you dive head-first into the snow?