He may have missed the first half of the season, but Manchester United‘s Bruno Fernandes will still go down as one of the biggest stars of 2019-20, breaking all sorts of records along the way.

After spending the first half of the season at Sporting Lisbon, Fernandes joined United in a £47million deal in January and has been a revelation at Old Trafford.

Here are some of the most impressive stats to sum up Fernandes’ remarkable 2019-20 campaign.

– Fernandes has been directly involved in more Premier League goals (15) than he has played games in the competition (14).

– Since his United debut, the midfielder has been directly involved in more Premier League goals than any other player in the league.

– Despite only making his debut in February, no United player has registered more Premier League assists than Fernandes (7) in 2019-20.

Bruno Fernandes in the Premier League:

He has more goals + assists (15) in his debut campaign than any other January signing in PL history. 🎯 pic.twitter.com/PdgRffoRlx

– Lionel Messi and Cristiano Ronaldo are the only players with more goal involvements in Europe’s top five leagues than Fernandes since his United debut.

– No United player has ever reached 10 Premier League goal involvements for the club faster than Fernandes.

– No player in Premier League history has been directly involved in more goals in their first 10 appearances than Fernandes (13).

Blistering pace from Manchester United on the counter-attack! 🔥

– Despite leaving the club in January, Fernandes is Sporting Lisbon’s top scorer in the Primeira Liga, Europa League and Allianz Cup in 2019-20.

– He recorded 25 goals and 22 assists in all competitions for Sporting Lisbon and United in 2019-20, averaging a goal or assist every 87.1 minutes.

– United have won more Premier League points (32) than any other team since Fernandes made his debut for the club. 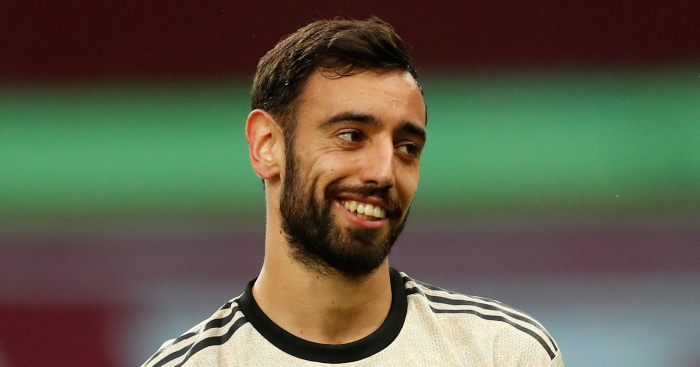 – The 25-year-old is the first United player to win back-to-back Premier League Player of the Month awards since Cristiano Ronaldo in 2006.