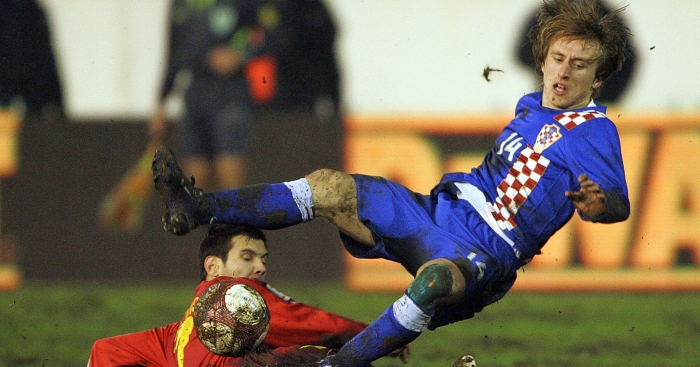 Essentially only needing a ball to play it, the accessibility of football has seen it adopted globally by millions who didn’t have the means for anything else.

As such, there are thousands that came from humble upbringings to play the game professionally.

These are some of the most exceptional stories.

When Salah was 14 years old, he signed for El Mokawloon (Arab Contractors), a club that trained four and a half hours away from where he lived.

For five days a week, Salah would leave the house at 9am to make the nine-hour round trip for a two-hour training session, eventually returning home at 10pm to do it all again the next day.

Speaking to Liverpool’s official website, he said: “It wasn’t just taking one bus – I’d have to transfer buses three, four or even sometimes five times just to arrive at training and then back home again.

“I cannot promise you that it was clear to me what I would become and I was like, ‘I will be something special’. No, it was not like this. I was coming from nothing, a 14-year-old kid with a dream. I didn’t know it would happen, I just wanted it to happen so badly.”

Since moving to Merseyside, Salah has broken the Premier League record for most goals scored in a 38-game season and been named African footballer of the season, while his understanding with Sadio Mane and Roberto Firmino helped propel Liverpool to the Champions League final. 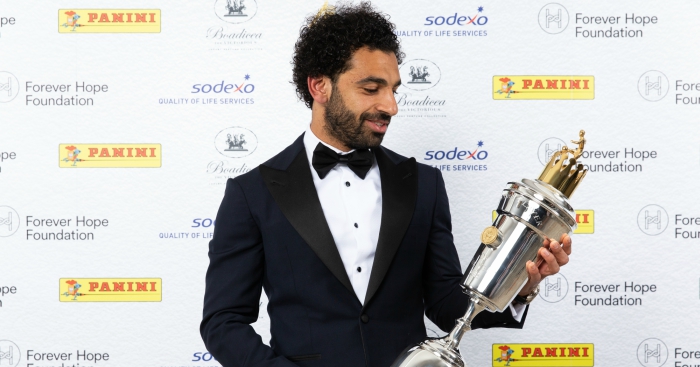 Just before the 2014 World Cup, ESPN published a several-thousand-word character portrait of Suarez which reads like the ultimate epic rags-to-riches screenplay.

Born in Salto, 500km north of Montevideo, he had an impoverished upbringing, especially after his family moved to the capital when he was seven. A young lover of football, at 14 he reportedly considered giving up on early ambitions of playing the game, having to be dragged to training.

Instead, he swept the streets to earn a living for himself because his family couldn’t for him.

“Everyone in Uruguay knows what Suarez fought against, and rose above,” wrote Wright Thompson. “That’s how he exists in the national consciousness, as someone who fights to win, no matter what, running to escape poverty and obscurity.

“A man doesn’t bite simply because he is crazy. He bites because he is clinging to a new life, terrified of being sucked back into the one he left behind.”

A few short weeks later, Suarez would make national headlines after another biting incident, the third of his career, in which he sunk his teeth into Georgio Chiellini’s shoulder.

After the incident, Suarez was banned for an unprecedented four months, one of the longest in football history. He’s since taken anger management lessons and become one of Barcelona’s greatest ever strikers, developing a good relationship with Lionel Messi on and off the pitch.

Winning the treble in his first season at the club, he’s since added another two La Liga titles and the Copa del Rey in each of his four seasons in Catalonia.

Born in 1966 in south-east Liberia, Weah grew up in one of the country’s poorest areas, the Clara Town slum of Monrovia.

But starting out playing for local amateur teams, his precocious talent was spotted by Cameroon coach Claude Le Roy who signed him for Tonnerre Yaounde.

From there, up and coming young Monaco coach Arsene Wenger was alerted to him, flew out to Cameroon to see him and subsequently brought him over to Europe, where history was made: three-time African footballer of the year, a Ballon d’Or winner in 1995, with an honours list that includes league titles in France and Italy and a late-career FA Cup with Chelsea.

Coming from humble beginnings to become a professional footballer is one thing, but being sworn into the highest office of your country is another entirely – after extensive years of humanitarian work and political campaigning, Weah became the President of Liberia in January 2018.

One of Weah’s early acts as president was to appoint his former coaches Arsene Wenger and Claude Le Roy by the insignia of Knight Grand Commander of Humane Order of African Redemption.

Moses’ parents were killed both killed in religious clashes when he was just 11 years old.

From there, he sought asylum in England after his family in Nigeria managed to save enough money for him to move away.

Adopted by foster parents in South Norwood, he stood out in the local youth leagues, enough to sign a schoolboy contract with Crystal Palace.

He’s since moved to Wigan and then Chelsea, where he’s won the FA Cup, Premier League and Europa League. He’s also become a national hero in Nigeria, having won the African Cup Of Nations with them in 2013.

Looking back on about his upbringing in a 2017 interview with BBC Sport, he said: “When I started going to school, I started getting used to things, like the language. After that, I started adapting to school, friends and everything.

“It was really difficult to start with, but I survived.”

Wright is not unique in that he came from a working-class background, and he’s far from the only player that worked his way from non-league to the very top of the game.

But he did come through a particularly turbulent adolescence, leaving home at 14 and becoming a labourer, before motoring offences saw him spend a week in prison when he was 18.

Rejected at trials, the gifted centre-forward looked to settle for football as a hobby when he took to Sunday league and eventually amateur side Greenwich Borough. It was there he was spotted by a Crystal Palace scout and history was made.

After impressing at Palace, he spent seven unforgettable seasons at Arsenal during the 90s. 185 goals, two FA Cups, a League Cup, the Cup Winners Cup and a Premier League title.

Developing his talents in 1980s South Africa, Radebe absolutely tore it up as one of the finest teenage talents in the country, playing in midfield and even in goal before establishing himself as the commanding centre-half he forged a reputation as.

A natural move to giants of South African football Kaizer Chief followed, and everything looked set for him to make a move to Europe when, suddenly, he was hit by a bullet.

“It was like my back was on fire. I was in a car with my younger brother and I remember my leg going numb and then the car stalled,” said Radebe in an interview with Sky Sports.

“I reached back and I realised there was blood so I changed seats and my brother rushed me off to the hospital. I realised I was lucky that the bullet didn’t go into any vital organs, it just went through flesh.”

Sidelined after the shooting, he reportedly missed a match in which a Besiktas scouts were due to watch him, and fate conspired to see him move to Leeds, where he spent 11 years to see out the rest of his career.

But the highlight came with his country, winning South Africa’s first Cup Of Nations, a year after the rugby team’s symbolic post-apartheid World Cup win.

The tales of the diminutive Argentinian’s breathtaking ability, even at the earliest stages of his development, are well-worn and established in his legend now.

But he might never have made it as a senior professional if he’d never been able to overcome his stunted growth problems as a child. The growth hormone disorder, sometimes known as idiopathic short stature, did not just affect Messi’s height and could have had wider effects on his immunity and pituitary gland functions.

Part of his original agreement to join Barcelona, famously signed on a napkin, was predicated upon the club stumping up the reported $900 monthly expense, that neither his family nor clubs in Argentina could afford for a teenage talent, prodigy or no prodigy.

It’s probably fair to say that Barcelona got value for money with that one.

There’s not enough room on the page to list his individual records or honours won. Needless to say, he’s not bad. 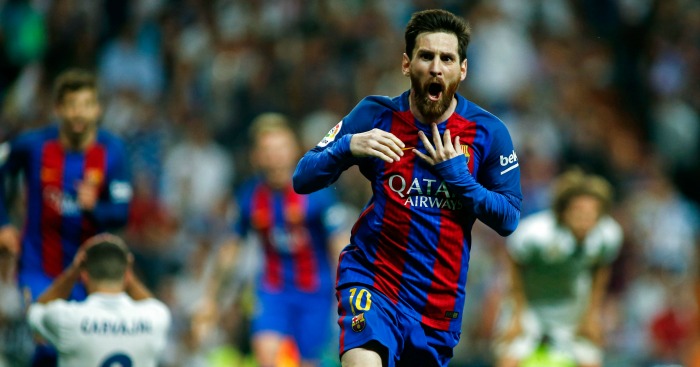 READ: 17 of the best quotes on Lionel Messi: ‘Life with Leo is prettier’

Dying of cirrhosis of the liver at the age of 49, the Brazilian genius never outran his demons or escaped the addiction that defined his early life, growing up in poverty in a household with an alcoholic father.

On top of that, he had several birth defects that affected his spine and legs, which he would not prevail over but would go on to characterise a unique physical playing style.

“Very, very often, they doubled up or even tripled up to mark him. So you have a line of people, but they never all go in at the same time. It’s a little bit like watching a Bruce Lee film where he’s able to fight off one and then dribble ‘round the next.”

His life was one of tragedy, but it didn’t stop him becoming a genius on the pitch and one of the most revered, beloved figures in Brazilian football history.

He scored a hat-trick, aged 19, on his debut for Botafogo and that would set the tone for a career that saw back-to-back World Cups and many more domestic trophies.

Born into the war-torn Balkans, his grandfather was shot dead in the conflict when Modric was just six years old. His family fled the war in 1991, seeking refuge in different hotels in the historic city of Zadar.

Like many others, Modric was obsessed with football and used to practice in the car park of the hotel he spent a portion of his upbringing.

He’s since become one of the defining figures of Real Madrid’s unprecedented four Champions Leagues in five years, a World Cup finalist with Croatia, and the man who put an end to the Messi & Ronaldo duopoly on the Balon d’Or has some story behind him.

The former Ajax and Nigeria legend nearly missed a huge chunk of his career that would have denied him the two Premier League titles and three FA Cups he won in England.

When he was at Inter Milan in 1996, a routine medical check-up detected a serious heart defect that could have put an end to a career with at least a decade of great potential still in it. But open heart surgery potentially saved his life and allowed him to carry on playing football.

Since retiring, he’s set up the Kanu Heart Foundation, which has made it possible for hundreds of people to have similar corrective, life-saving operations.

One of Arsenal’s invincible legends overcame the odds to even be born.

His resistance to the despotic regime saw him imprisoned and sentenced to death before he escaped and crossed the border to Cameroon, alongside his wife who was pregnant with Lauren.

Growing up in Cameroon and later moving to Seville, Lauren didn’t have it easy in the deprived neighbourhood of Montequinto, alongside his 14 brothers.

“From the first to the 10th we were OK, but from then until the end of the month you had to look after yourself,” he told The Independent in a 2005 interview.

“I did not very good things. I was in trouble with the police many times. I got away from that just at the right moment.”