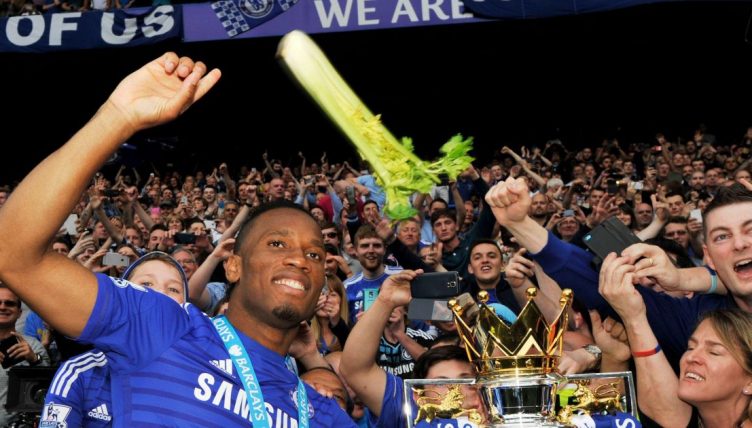 We’re not condoning throwing things onto football pitches, but sometimes you just have to be impressed by the imagination of fans.

We’ve all felt that frustration that makes you want to do something, anything, while watching our clubs – although we can’t say we’ve ever been tempted to throw a car door onto the pitch.

The same can’t be said for this lot. We’re just impressed they got these objects into the stadium to start with.

One of the most infamous moments of Barcelona’s rivalry with Real Madrid.

Luis Figo became public enemy number one in Barcelona after swapping the Camp Nou for the Bernabeu in 2000. On his initial return to play Barcelona, the Portugal winger was kept off corners, but he was not afforded the privilege in 2002.

The image of Figo taking a corner while a pig’s head lay on the turf only yards away from the player remains one of the defining moments of El Clasico.

A regular thing at Stamford Bridge since the 1980s, celery throwing reportedly started as the result of a song renowned fan Mick Greenaway used to sing at games.

Apparently, four fans were arrested for lobbing celery onto the pitch at the Bridge in 2002. Not an easy criminal conviction to have to explain in job interviews, we imagine.

South American fans are often considered the most emphatically passionate, and it was difficult to argue against that when America supporters became so irate following their defeat to Sao Caetano in the 2004 Copa Libertadores that they decided to throw wheelbarrows during a riot.

“We brought something for you: fish, fish, fish,” is hardly a rival to You’ll Never Walk Alone, but those were the words sung by Hansa Rostock supporters when the German third division outfit visited Carl Zeiss Jena in October 2017 – and proceeded to throw dead fish at the hosts’ terraces.

The 450km trip to the Baltic coast ended in a 1-0 defeat for Hansa, and the victors even took their fishy friends with good grace.

“Nobody got hurt, and that surely wasn’t the intention after all,” the club wrote on the Liga3 Online website. “Let’s not get carried away even though throwing dead animals isn’t all that tasty.”

Possibly our favourite on the list solely because it inspired a YouTube video titled ‘The Holy Vespa’.

Thankfully, the moped never made it onto the pitch. But ‘The Holy Vespa’ sounds like a mod album your dad only listens to on Sundays. And we like that.

We’re not sure how much it costs to buy a bull’s head, but it eventually cost Dynamo Dresden £54,000 in a fine from the German Football Association.

In a clash against bitter rivals RB Leipzig, the head was thrown alongside coins as Dresden supporters made clear their disdain for their opponents, who are nicknamed the Bulls.

With Steve Bruce under pressure as Aston Villa boss, one supporter decided to show his displeasure by throwing a cabbage at the beleaguered manager before their 3-3 draw with Preston North End.

“To say it’s disappointing is an understatement for a club like this, [the cabbage was thrown] before we had even started,” Bruce said. “The guy who is being questioned … unfortunately, it sums up the society we are in at the moment. There’s no respect for anyone.

“Certainly for someone like him, I’m surprised he knew what a cabbage was. I find the whole thing hugely disrespectful.”

The plight of both Charlton and Coventry under their respective owners has been one of the sorry sights of English football in recent years.

While the two clubs may have been competing on the pitch in 2016-17, it was encouraging to see both sets of supporters put allegiances to one side and stage a joint protest, delaying the kick-off of both fixtures as they pelted the pitch with plastic pigs.

In a scene reminiscent to that episode of The Inbetweeners when they visit Thorpe Park and Simon has to carry around the door of his Fiat, one fan decided to bring his car door onto the pitch during a World Cup warm-up match between Chile and New Zealand.

The stadium announcer later pleaded with the Chile supporters: “Do not to bring car parts onto the pitch.” Fair enough.

When Hajduk Split fans decided to protest against their chairman, they suggested he should focus more on the bakery he owned by helping him stock up on doughnuts.

We’ll leave this one to Gary McAllister, who told FourFourTwo what he remembers most about Liverpool’s UEFA Cup final victory over Alaves: “I scored, had a hand in the winner and was given the man of the match award by one of my heroes, Johan Cruyff, but what I remember most about that night was the huge sex toy that landed on the pitch!

“I was taking a corner in the second half, Robbie Fowler was warming up next to me in front of our supporters, and suddenly there was a thud.

“Nonchalantly, Robbie walked over to it, flicked it up with his right foot and volleyed it back into the crowd with his left.”

While McAllister was greeted by a sex toy while he was waiting to take a set-piece, Mathieu Valbuena had to remove a blow-up Betty Boop doll from the pitch as he stood by the corner flag.

You can insert your own punchline here. 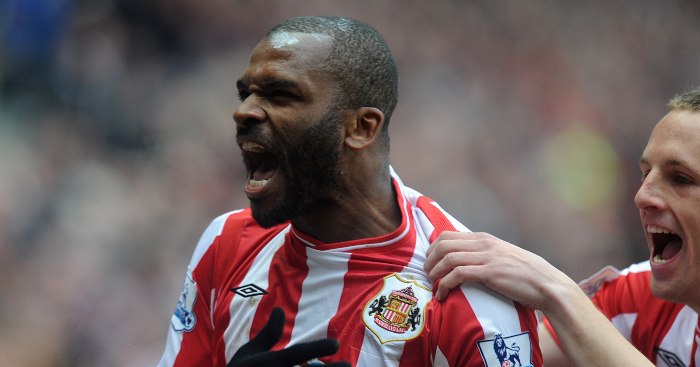 READ NEXT: 12 of the biggest U-turns in football: Mikel, Rooney, Gerrard…