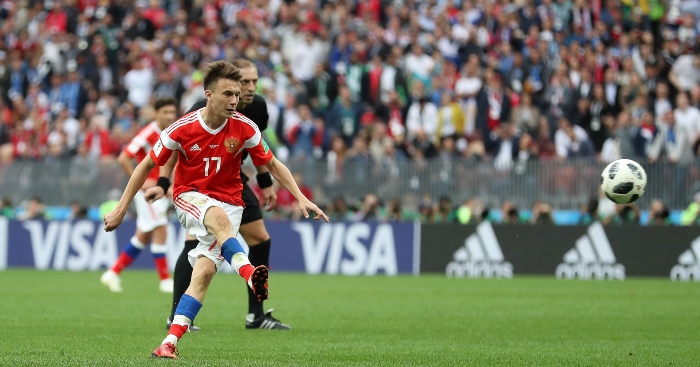 Manchester United, Arsenal and Chelsea are among the teams to have been linked with players currently starring at the World Cup.

The transfer window is one of the most exciting but frustrating times for any football fan, constantly refreshing feeds to see whether you club has finally signed that one player they’ve been linked with forever.

From young prospects to more experienced pros looking for a big move, here are 11 players at the World Cup who could be on the move this summer.

“I believe the best thing for me would be to go to another club where I’d have the opportunity to play regularly as a starter. I think I can have this opportunity and it’s one I want right now.”

Real Madrid want to keep Kovacic, according to Marca, but it’s unlikely they’ll be able to offer the Croatian more regular game time this coming season so an attractive offer would more than likely tempt them.

The Manchester Evening News claims Manchester City are ‘monitoring’ the situation in case a deal for Napoli’s Jorginho cannot be agreed. Tottenham have also been linked with the 24-year-old.

After a breakout season in Serie A, Jose Mourinho reportedly wants to lure the Lazio and Serbia midfielder to Manchester United.

Mourinho will be hoping Nemanja Matic can have a word in Russia to help convince Milinković-Savić to move to Old Trafford, but the 23-year-old’s father has publicly said his preferred destination for his son would be Turin.

“He’d be great there [Juventus], and I’ve told him this many times,” he told Tuttosport. “They would be the perfect club for my son.

“He would have the opportunity to grow and improve to reach his full maturity.” 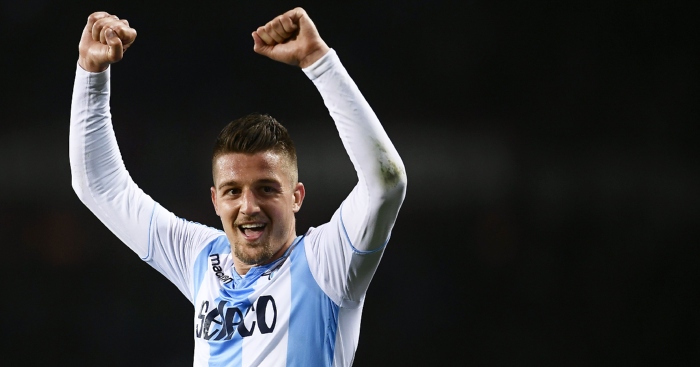 READ: A plea for Serbia to start the brilliant Sergej Milinković-Savić in Russia

The Russian midfielder was being linked with some big clubs before the World Cup, and any interest will only have increased thanks to his performances at the tournament so far.

CSKA Moscow are reported to have already rejected an £18million bid from Juventus, but Golovin looks almost certain for a move away this summer and has seemingly got his eyes on the Premier League, with his father confirming the 22-year-old has already started to learn English.

Manchester United, Arsenal and Chelsea are among the clubs to have been linked, while Golovin’s agent, Sandor Varga, says Arsene Wenger is likely to try to sign him for any club where he takes over.

“I asked Arsene about Golovin and he said: ‘I do not know what Arsenal will do, but I’ll take him for myself.’

“Arsene wants to work. We negotiated with two clubs but did not come to an agreement. But if Wenger takes any team, Golovin will have another option.”

The Belgian winger-turned-striker has lit up Serie A with Napoli over the last two seasons with an outstanding goalscoring record.

At the ripe old age of 31, it is seemingly now or never for the little attacker to make one final big move of his career.

According to the Daily Telegraph, incoming Chelsea manager Maurizio Sarri will, like Antonio Conte before him, try to convince the Blues to pay it what it takes to get Mertens to Stamford Bridge. 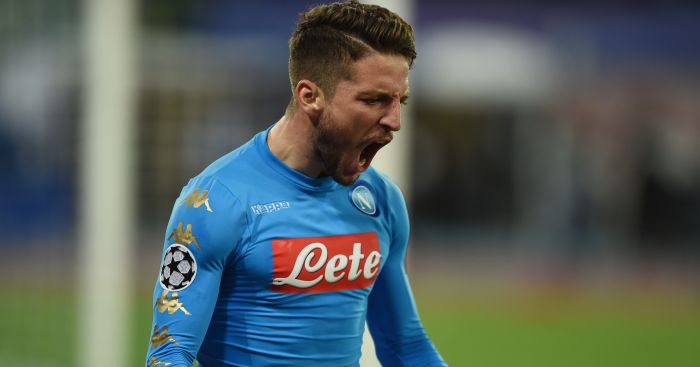 READ: The six stages of Dries Mertens’ evolution from winger to world beater

“Arsenal are a good team, one of the most important in the world, but at this moment I am focused on playing for my country,” Torreira diplomatically said after Uruguay’s win over Saudi Arabia, in which he came off the bench.

The Sampdoria midfielder is widely expected to join the Gunners this summer, especially after the Italian outfit’s president, Massimo Ferrero, admitted the 22-year-old had “left” Samp.

Carvalho became one of multiple Sporting Lisbon players to ask for their contracts to be terminated following the attacks by fans at their training ground.

The Portugual international has been linked with a move to the Premier League for a number of years, and it’s no different this summer, Sky Sports claiming Everton are keen on a player who previously worked for the Toffees’ new manager Marco Silva at Sporting. 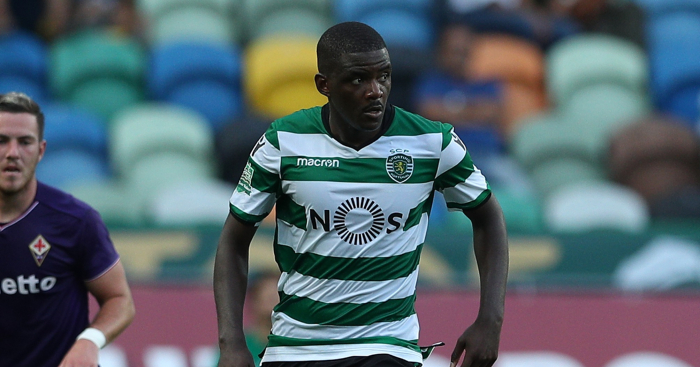 Another player to have moved to cancel his contract with Sporting, the winger has made two substitute appearances in Russia and will be hoping he gets further chances to impress.

Arsenal, Liverpool and Atletico Madrid have all been linked with the 23-year-old. 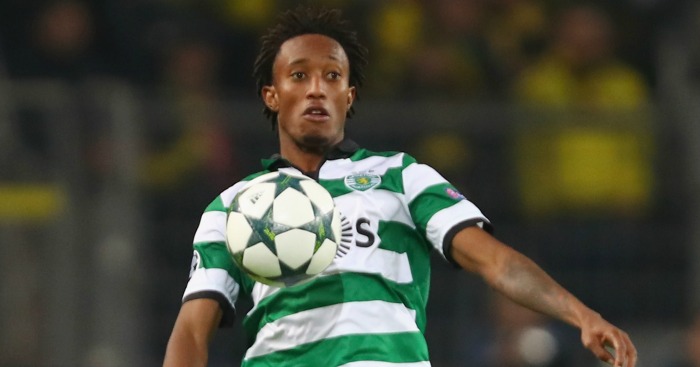 It has been reported for some time that both Liverpool and Real Madrid have been tracking Brazil’s No.1.

According to multiple news outlets, Liverpool’s interest seems to have cooled recently, leaving the door open for Madrid, but it would take a huge offer from either club before Roma allow him to leave.

The Poland striker is said to have informed Bayern Munich he wants a transfer this summer, with Lewandowski’s agent Pini Zahavi telling Sport Bild he “feels that he needs a change and a new challenge in his career”.

Real Madrid are reported to be his preferred destination, but Chelsea are also expected to enter the mix, though it ought to be pointed out Bayern aren’t keen to sell.

READ: Robert Lewandowski: So good it’s like he’s got cheat mode turned on

Another young Frenchman that has introduced himself to the world over the last 12 months, Pavard appeared 36 times for Stuttgart last season, and has started both of France’s first two games in Russia.

Tottenham were reported to have scouted him towards the end of last season, but Bayern Munich are also said to be keen on the defender, who plays mainly at centre-back but has been playing at right-back during the World Cup.

L’Equipe claims Arsenal also made an enquiry earlier this year, while Borussia Dortmund, Marseille and Napoli have also been linked.