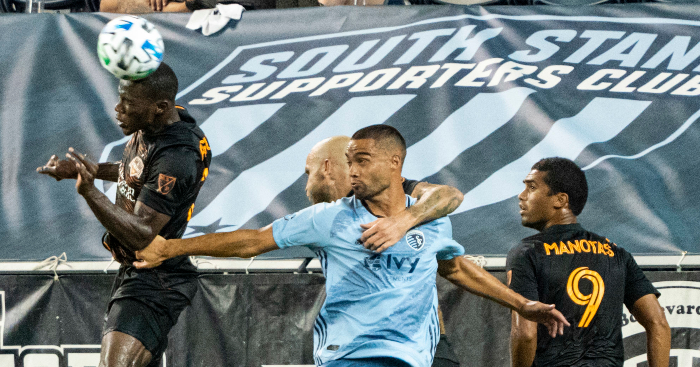 But there are plenty more names you’ll recognise from the Premier League or other big European leagues that you might not realise are playing in MLS in 2020.

With the 2020 season starting later than planned, we’ve taken a look through all the squad lists and picked out 12 such names.

The only footballer to rival Wayne Rooney for iconic tweets had gradually fallen down the midfield pecking order at Tottenham and didn’t appear to be in Jose Mourinho plans last season, so back in March he sealed a move to Montreal Impact.

The 29-year-old is now playing regularly again, with Thierry Henry his manager at the Canadian club.

💙“I will always be Spurs through and through. I will always support Spurs. The fans know that I am Tottenham forever.”#THFC #COYSpic.twitter.com/uv8j49PaVx

The long-time back-up and eventual successor between the sticks for the US national team, Brad Guzan is still turning out regularly at the age of 36, three years after a short and unsuccessful stint with Middlesbrough.

After nearly a decade in English football, the one-time Aston Villa player of the season returned to MLS in 2017 to become one of the pillars of expansion club Atlanta United, winning the MLS Cup with them in 2018.

Having graduated through Wolves’ academy, Jack Price went on to make over 100 appearances for his boyhood club but was pushed to the periphery after Nuno Espirito Santo was appointed manager and changed everything, making just five appearances during their promotion-winning campaign of 2017-18.

Known as the Shropshire Pirlo, Price signed for Colorado Rapids in January 2018 and has been a regular for them ever since.

Like his brother Luuk, Ajax academy graduate Siem de Jong failed to find his best form during his time at Newcastle United, and after an injury-hit three years returned to the Eredivisie in 2017, going back to Ajax.

However, unlike his brother Luuk, who was prolific at PSV and played a vital role in Sevilla’s recent Europa League win, Siem failed to recapture his best form in the Netherlands.

After a leftfield loan spell at Australian side Sydney FC last year, he secured a permanent move to FC Cincinnati on a free transfer in February.

The Sierra Leone international moved to America at the age of 16 as part of a refugee programme and has since spent the vast majority of his career at various MLS clubs.

English football fans may remember him from short-lived spells at Norwich (2013) and Middlesbrough (2013-14), but he struggled to find goalscoring form on these shores, scoring just five goals in 36 appearances for the two clubs.

Still going at 36, he signed for Colorado Rapids in 2019 and continues leading the line for them.

A World Cup winner with France just two years ago, Blaise Matuidi was a statement signing for Inter Miami in August, signing on a free transfer after a trophy-laden time in the European game, winning no fewer than seven league titles between PSG and Juventus.

Ian Wright’s son has made a real name of himself in the states after turning out for Charlton and Brentford in League One.

What you might be surprised to find out is that he’s still going strong at the age of 35, having left the Red Bulls at the end of his contrast last year. He’s since signed for LAFC.

A near ever-present in the Scottish Premiership for eight years, between Dundee United, Celtic and Aberdeen, Mackay-Steven has traded the scenery of Scotland for the bright lights of New York.

The experienced winger, who memorably had to be rescued after falling into the River Kelvin back in 2017, signed for New York City FC last year but has failed to make a major impact.

The New Jersey-born Italy international hasn’t quite had the career some anticipated, having cruelly suffered a number of serious injury setbacks, but he’s refused to let them beat him – and at the age of 33 is finally playing senior football back where he was born, having first moved to Europe to join Parma as a 12-year-old in 2000.

After impressing on a trial with Real Salt Lake, Rossi signed on a permanent deal for the club earlier this year.

The Manchester City academy graduate made over 300 appearances in English football, the majority at QPR, by the time he signed for Real Salt Lake in 2018.

The centre-half recently spoke up about his club’s decision to postpone a match against LAFC in response to the police shooting of Jacob Blake in Wisconsin, as part of a much larger movement across American sports.

“I don’t want to be here because I’m not here to play for someone who isn’t here to support us,” he told the BBC.

“We are trying to create a bigger conversation, but a lot of the people who are in power don’t empathise or sympathise or do anything. They are more concerned with themselves.”

Winston Reid remains on West Ham’s books after 10 years with the club, remaining contracted until 2023.

However, injuries mean his last game for the Hammers came in March 2018 and he’s now turning out for Sporting Kansas City on a loan for the 2020 season.

The Wigan Athletic cult hero and Honduras’ all-time appearance-maker continues turning out at the age of 37, five years on from his arrival in MLS. He’s enjoyed an Indian summer to his career in the United States.

Having originally signed for Colorado Rapids in 2015, he went on to win the Supporters Shield with FC Dallas in 2016, and joined Houston Dynamo last year.