12 South American stars who could move to Europe in 2022: Alavarez… 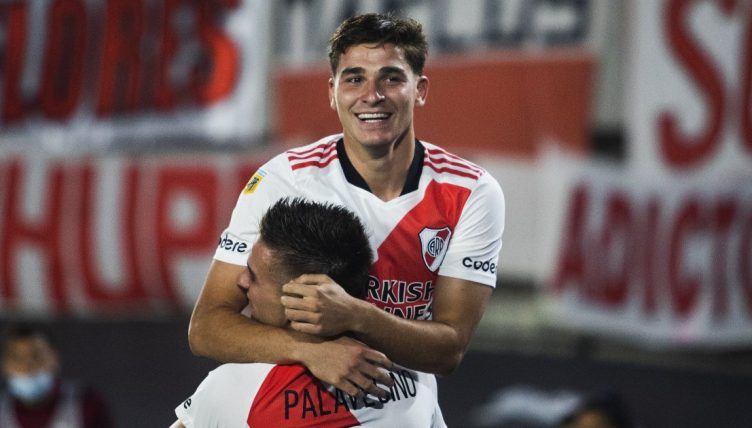 It’s no secret that South America produces skillful footballers like the Cadbury’s factory churns out Dairy Milks – and in 2022, there is a new generation of talented hopefuls being linked with moves to Europe.

As always, the wealthy elite of European football have their eyes on the best South American prospects, who are seemingly ever-younger when they get linked with moves.

Money talks, however, and the finest talent will congregate in the big five leagues that generate the most cash.

Here, we take a look a 12 of the most promising players in the Conmebol region whose names you could be hearing a lot more of in the near future.

Uruguay has a population of just three million, yet somehow it keeps producing stunning attacking talent.

The likes of Luis Suarez and Edinson Cavani are on the way out, but there is a new generation ready to replace them, and Arezo is one of the most prominent among them.

In 2021, the 19-year-old scored 16 goals in 29 Uruguayan Primera Division games for River Plate Montevideo, the club where he started his career, adding to the 15 he managed in his breakthrough year in 2020.

In April 2021, River Plate’s sporting director told AS: “He’s a potent player, a finisher. He’s in the style of Luis Suarez, with a few different characteristics, but with great acceleration and he knows how to move well in the area.”

Atletico Madrid, Real Madrid and Barcelona have all been linked.

⚽️👀 At just 1⃣7⃣ years old, the Uruguayan is making waves after scoring 2⃣ goals in his side's 3-1 win over #AtléticoNacional.

🧐 #RiverPlate advanced to the Round of 16 and will face @Cruzados later this month. pic.twitter.com/zkVZCp79pW

And coming right up alongside Arezo is Agustin Alvarez.

Alvarez plays for Penarol, one of Uruguay’s two big clubs, and burst onto the scene in 2020, like Arezo.

He is 18 months older, so a bit more mature, and following some spectacular displays in the 2021 Copa Sudamericana – in which he managed 10 goals in 14 games – he has already made his senior Uruguay debut.

Alvarez is a real penalty box terror and gets a lot of his goals with great movement to evade defenders.

Both Inter and AC Milan, as well as Leeds, have reportedly been sniffing around, but Penarol president Eduardo Zaidensztat has gone on record to say Alvarez will not move until the summer at the earliest, so they will have to bide their time.

Enciso is the absolute textbook South American wonderkid, having burst onto the scene with Paraguayan side Libertad aged just 15 and become the youngest-ever Copa Libertadores goal scorer in 2020, when, aged 16, he found the net against Jorge Wilstermann.

At just 17, he was part of the Paraguay squad that travelled to the Copa America in 2021, which shows how highly he is rated at home.

Brighton clearly rate him too, as they’ve reportedly lodged a £4million bid with Libertad, who are holding out for closer to £8million. He’d be able to move after his 18th birthday on January 23.

Artur is the archetypal tricky Brazilian winger and has a cracking shot on him, which helped him rack up 12 goals in the 2021 Brasileirao.

He also helped his club Red Bull Bragantino to the final of the Copa Sudamericana, but couldn’t save them from defeat to Athletico Paranaense.

Barcelona and Atalanta have been linked with the 23-year-old, but Globo is reporting that the Red Bull bigwigs intend to over him across to RB Leipzig.

Brazil international left-back Arana has already had one chance in Europe, moving to Sevilla after winning the Brazilian league with Corinthians in 2017.

It didn’t work out in La Liga, however, with Arana not suited to the wing-back role that was asked of him in Spain. A loan to Atalanta didn’t improve matters and he was sold back to Atletico Mineiro.

There, he has rebuilt his reputation, winning a league and cup double, making it into the team of the year and earning a first call-up to the Selecao.

Now 24, time is running out if he wants to establish himself in Europe, but Marcelo Bielsa’s Leeds are reportedly interested in acquiring his services.

The absolute man of the moment in South American football, Alvarez was the star turn for Marcelo Gallardo’s River Plate in 2021 as they won their first league title since 2014.

He is absolutely lethal, lithe, skilful, and given the quantity and quality of goals he bags, it’s little wonder Manchester United and Real Madrid are interested… 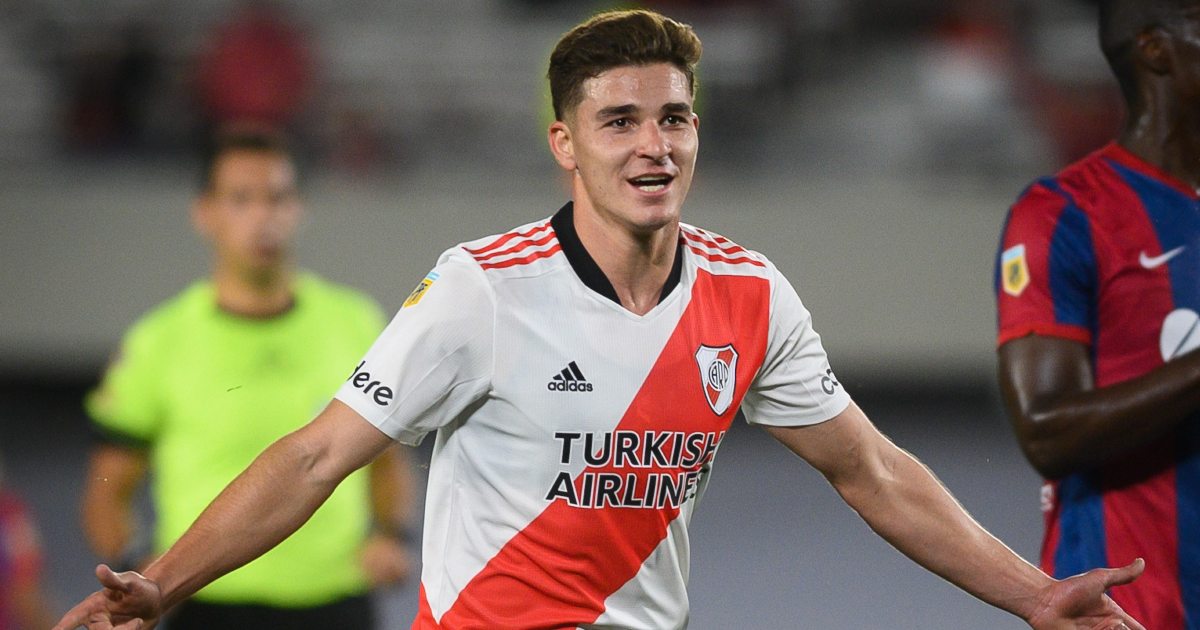 When he scores rabonas like this, it’s not hard to see why…

Another young Brazilian who’s making serious waves, £17million-rated Yuri Alberto has been attracting interest from Arsenal and Everton as a result of his quick feet, smart finishing and ability to sniff out chances.

Still just 20, he’s already made over 1000 professional appearances and in 2021 he stepped up to another level, getting 18 goals including three in the Copa Libertadores.

Right, I know what you’re thinking. The same Gabigol that flopped at Inter and Benfica? The same one who’s been linked with a return to Europe for the last four years? Not him again.

But as long as he continues banging them in for Flamengo – and he managed an incredible 33 in 43 games in 2021 – he’ll keep being linked to a big-money transfer.

At the moment, West Ham are reportedly leading the chase, with Sky Sports saying that the 25-year-old is keen on a move to David Moyes’ Hammers.

If that surname sound familiar, it’s for good reason. Tomas Angel is the son of Colombian former Aston Villa man Juan Pablo and, like his dad, is a striker – but at just 5’9″, a quite different one.

Aged 18, Tomas is still finding his footing in the professional game with Atletico Nacional in his home city of Medellin.

But he’s got talent – enough to have scored for Colombia’s Under-19s – and he’s already well aware that his footballing ability, not his surname, will decide what level he progresses to.

“My dad is a different story,” he told Semana. “He did was he did and very well. He’s an example to follow, I learn a lot from him, but it’s my career and I will keep building it with resilience and by achieving objectives and being better than him.”

This year may be a bit soon for him, but Juan Pablo is now an agent, so if Tomas heeps developing, his dad’s contacts may prove useful in finding a suitable European destination.

When Angelo Gabriel made his Copa Libertadores debut aged 16, he became the youngest play to play for Santos in the competition, younger than Pele, Robinho, Neymar, Gabigol or Rodrygo when they made their continental bows. That gives you some idea of how highly he’s rated at Santos.

He also broke Julio Enciso’s record as the youngest goalscorer in the competition when he found the net against San Lorenzo and went on to make over 40 senior appearances in 2021.

He hasn’t managed any more goals in that time, but he can still develop that aspect of his game.

Another Brazilian teenager, this time a slightly less well-known prospect.

As an 18-year-old centre-back at a club desperate for results, Weverton has not yet been given many chances by Cruzeiro. But according to Spanish outlet Defensa Central, he is already the subject of interest from Real Madrid, who are looking to add to their current cadre of young Brazilian stars.

A bit of a wild card on this list, but one to keep an eye on.