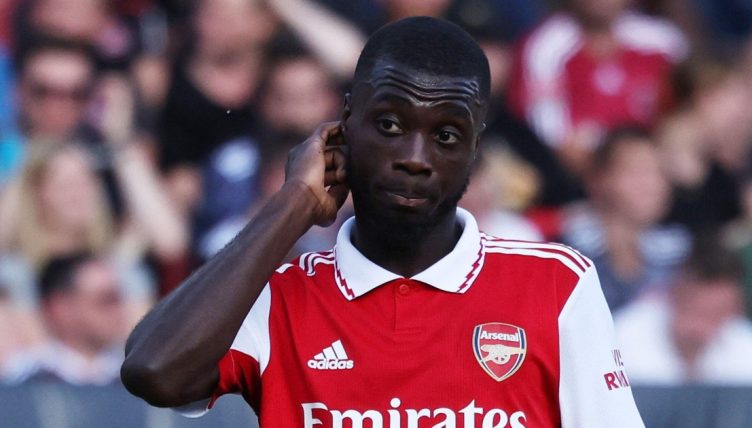 Throughout much of Arsenal’s time in the Premier League, they have been synonymous with smart signings. Not always, though.

There has still been more good than bad for the Gunners, especially during Arsene Wenger’s tenure, when even slightly more expensive arrivals like Thierry Henry and Olivier Giroud had no trouble proving their worth to the team.

They haven’t always got it right, though, and we’ve picked out a few of the Arsenal signings from 1992-93 onwards who failed to deliver on the excitement.

Baptista might have only arrived on loan as part of the deal that took José Antonio Reyes to Real Madrid, but the Brazilian’s past at Sevilla was enough cause for excitement.

Supporters will remember him best for the four goals he scored in a League Cup quarter-final victory at Liverpool, but that represented more than his entire Premier League tally in north London.

It’s easy to understand why the move wasn’t made permanent, and why he didn’t exactly hit the ground running after returning to Spain. 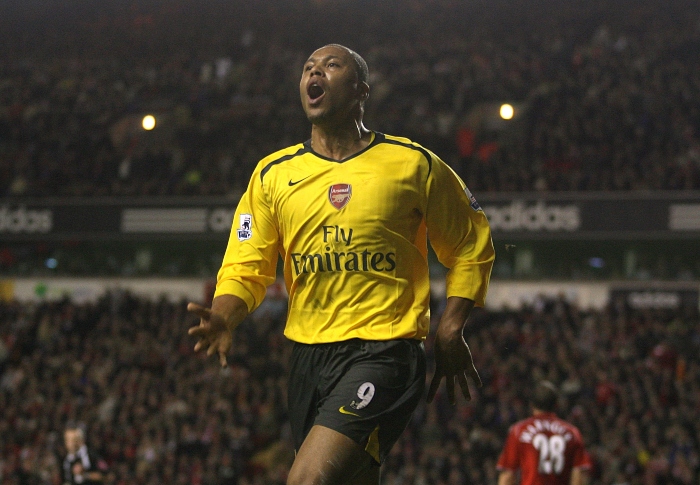 Arsenal’s long search for a reliable centre-half was well documented. Then, finally, in 2016, Wenger threw caution to the wind and spent big on proven quality.

More than £35million (thirty-five-f*cking million) was splashed out on Mustafi. He’d won the World Cup with Germany two years previously, had scored at the European Championship earlier that summer, and had a decent reputation in both Italy and Spain following his time with Sampdoria and Valencia.

His reputation in the Premier League is, err, not so good. His contract was terminated in January 2021 and we’re sure you’ll be shocked to hear he’s suffered back-to-back relegations with two different clubs (Schalke and Levante) since then.

Hartson became the most expensive teenager in English football when he joined Arsenal from Luton in 1995 – but looking much older than his 19 years also had its downsides.

The Welshman got chances in dribs and drabs, even scoring Arsenal’s goal in the 1995 UEFA Cup Winners’ Cup Final, but rustiness and, if we’re being honest, rawness ought to have bought him more time.

It did not, and Hartson was seen as a frustration by many fans before being allowed to leave for West Ham in 1997. He did a bit better there.

You know how the old saying goes, if at first you don’t succeed when buying a teenager for seven figures from Luton Town…

Upson was meant to herald the new generation of defenders at Arsenal under Wenger, but Tony Adams wasn’t ready to move on and Upson wasn’t fit for long enough spells to make the manager’s decision for him.

The centre-back played 57 times for the club in all competitions, which doesn’t sound so bad until you realise he was there for six seasons.

Jeffers was described as a “Fox in the Box” when he signed for Arsenal, and any attempt to mock that description just feels too easy to the point of being cruel.

If your reaction to hearing the name of a big-money striker is pity then something has gone very, very wrong.

At least the Liverpudlian can cling to his one cap/one goal England record. In a defeat to Australia. At Upton Park. Surely that’s not canon.

After a while, you wondered why Wenger kept moving for British players, unless it was just to prove a point that he could make it work.

The Ipswich side which Wright left for Highbury dropped from fifth to 18th in the space of a year, which suggests he at least had something to do with the Tractor Boys’ success, but the ‘long-term’ replacement for David Seaman clearly had a more short-term succession in mind.

Were Arsenal a little to blame for giving Wright mixed signals by extending Seaman’s deal and seeming to bump Stuart Taylor up the queue? Based on Wright’s own failure to put together the England career many expected of him, it’s a resounding maybe.

“But the Liverpool game!” we hear you scream. Look, if you weren’t kicking up a fuss about Julio Baptista’s four goals at Anfield, you’re not allowed to do the same for Arshavin. And besides, as dumb as it sounds, he wasn’t even that good for most of the 4-4.

Arsenal’s 2009-10 campaign was Arshavin’s best season in red, but it’s a season which no one could tell you a single thing about. Chelsea and Manchester United had a proper title race, Tottenham and Manchester City had a proper battle for fourth, and Arsenal were just there, floating in the middle.

Had he kicked on, Arshavin wouldn’t be on this list, but instead he just stuck around like a cross between a Beanie Baby and Lukas Podolski. He played with Olivier Giroud and Santi Cazorla in his last game, which, based on our understanding of the passage of time, just seems wrong.

We do have a soft spot for him for Ask Arhsavin though.

Did you know Mathieu Debuchy scored more goals in his first Saint-Etienne season than Pierre-Emerick Aubameyang managed at the same club?

Did you know Mathieu Debuchy played as many league games in more than three years at Arsenal than Pierre-Emerick Aubameyang managed in his first five months the same club?

Not sure you need to hear any more than this.

Huh, turns out a Spanish striker who failed to hit double figures in Greece at 25 wasn’t good enough to play a prominent role for a Premier League club at 28.

Arsenal paid SEVENTEEN MILLION POUNDS for Lucas, when they could have just… kept the money.

The former Depor man has since been bought and sold by West Ham, both times for less than a quarter of that.

How were we supposed to know Lille’s exciting and successful team was mostly down to Eden Hazard?

What’s that? It was really obvious to everyone?

Gervinho did some good things and some less good things, then left, disappeared for a few years and re-emerged with this, somehow.

When Arsenal signed Lichtsteiner on a free, they thought they were getting a grizzled veteran who could give a young squad the experience and winning mentality it needed.

Turns out they were just getting someone’s dad.

The right-back went from being potential competition for Hector Bellerin to someone who was in the same postcode while Ainsley Maitland-Niles performed tasks he was physically incapable of. No one remembers a thing about his Arsenal spell.

The Frenchman scored four goals in an Emirates Cup victory over Benfica but didn’t even look convincing when he was doing that. Or at any other time during his Gunners career.

Arsene Wenger unofficially renamed him “Yaya Sanogo, who is still here”. He left soon after.

Suárez ended his loan spell with fewer Arsenal minutes than Kim Kallstrom, a man who arrived at the club with a broken back.

The Brazilian winger was the definition of “Premier League proven”, having won two league titles and registered 37 goals and 39 assists across his seven years at Stamford Bridge.

The Gunners handed him a three-year deal, a longer deal than Chelsea were prepared to pay him. It looked like a great decision when Willian assisted all three goals in a 3-0 win over Fulham on his debut.

But he would only go on to assist a further four times, while scoring just once, in a miserable year at the Emirates – which ultimately ended with his contract being terminated by mutual consent and the player taking a major pay cut to return to Brazil and bring a premature end to an unhappy relationship.

Willian’s farewell message to Arsenal, after the announcement of the termination of contract this evening. [IG: willianborges88]

Twenty-two goals and 11 assists in the 2018-19 Ligue 1 campaign pointed to a star in the making at Lille. It’s easy to laugh now, but with a record like that, there was hope the Ivorian could be Arsenal’s answer to Mohamed Salah when they signed him for a club-record £72million fee.

Pepe has had his moments, but after three years it’s now safe to say he’s not lived up to his price tag.