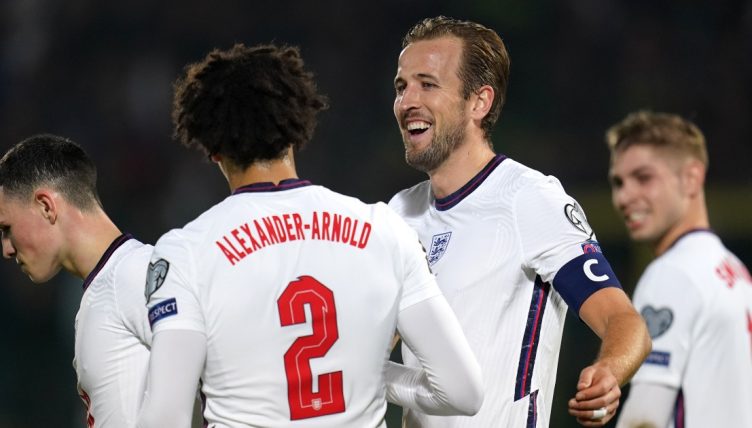 England won their group and secured their place at the 2022 World Cup in Qatar with a brilliant 10-0 win against San Marino.

While San Marino are admittedly the lowest team in the FIFA World Rankings, it was still a historical night for the Three Lions.

Here are 13 of the most outstanding stats and records following their 10-0 victory.

– Gareth Southgate’s side had 84.7% of possession and also recorded 22 shots against San Marino, 20 more than the home side.

– They have now played against San Marino on eight different occasions and have won by an aggregate scoreline of 52-1.

– England have reached double figures in a game for the first time since a 10-0 win over the USA in May 1964.

– England scored six goals in the first half of a game for the first time since their 8-2 win over the Netherlands in 1946.

– Harry Kane became the fourth player to score back-to-back hat-tricks for England and the first since Tommy Taylor in 1957.

– Kane has scored 16 international goals in 2021, the most any player has netted for England in a single calendar year.

– Kane is the first player to score four goals in an England game since Ian Wright netted four against San Marino in November 1993.

– The striker has drawn level with Gary Lineker on England’s all-time top scorer’s list with 48 goals. He is now just one goal behind Bobby Charlton and five behind Wayne Rooney.

– The Three Lions netted 39 goals to secure their place at the 2022 World Cup, the most they have ever recorded in a qualifying campaign.

– Emile Smith Rowe became England’s 18th different goalscorer in 2021 and that’s the most they have ever had in a single calendar year.