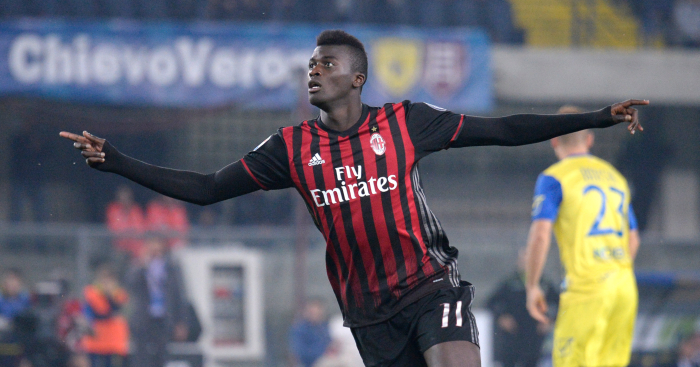 Former Arsenal, Chelsea and Watford players are among those to have moved this summer in European transfers you might have missed.

While the transfer window in England closed last week, it remains open in a number of countries across Europe.

We’ve rounded up 13 deals which may have gone under your radar.

Known in England for being part of the Croatia side which beat the Three Lions in this summer’s World Cup semi-finals, Arsenal fans will also be familiar with Vrsaljko after his red card in their Europa League semi-final against Atletico Madrid.

The right-back has now left Atleti to join Inter Milan on loan, where he will play alongside compatriots Marcelo Brozovic and Ivan Perisic.

Vrsaljko already has plenty of Serie A experience, having previously played for Genoa and Sassuolo.

Named Eredivisie Player of the Season and then featuring in the World Cup for Colombia, Arias has joined Atletico Madrid.

The right-back won five titles in five years with PSV, his time in the Netherlands culminating in him winning the title last season before heading to Russia.

Howedes spent last season on loan at Juventus from Schalke but appeared just three times for the Italian giants as his campaign was scuppered by injury.

Juventus opted against taking up their option to sign the defender permanently, and he has instead moved to Lokomotiv Moscow, who announced the transfer in their own inimitable style.

Who’s the most popular Benedikt in the world? 🤔

Since the start of Claudio Pizarro’s career, we have seen four US presidents, over 400 series of Big Brother worldwide, Robert Mugabe and Colonel Gaddafi overthrown, and Love Island infect the not-so-right-thinking members of society.

The 39-year-old striker has been there through it all, and more often than not spent that time scoring goals.

He departed Köln following their relegation to 2.Bundesliga at the end of the 2017-18 season but made *another* return to Werder Bremen.

Pizarro will wear the No.4 shirt to commemorate his fourth (and final – he plans to retire after this spell) stint with the club. 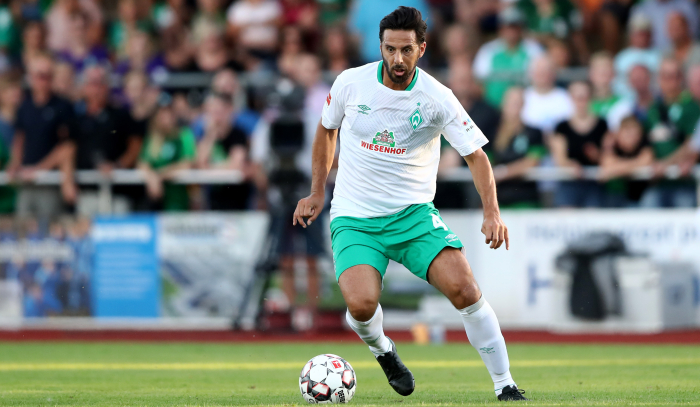 Arsenal fans will remember Miquel for his brief run in the first team in 2011-12.

The defender went on to have spells at Leicester and Norwich before returning to Spain, spending two seasons in the second tier.

Miquel, now 25, made 20 appearances for Malaga in La Liga last term and has made the move to Getafe as he continues to establish himself in Spain’s top flight.

New Real Madrid boss Julen Lopetegui is clearly a big fan of Odriozolo, picking the 22-year-old right-back in Spain’s World Cup squad ahead of Sergi Roberto and Hector Bellerin prior to his shock sacking.

And Lopetegui made the Real Sociedad defender one of his first signings at the Bernabeu, with Los Blancos paying €40million to land the player.

“I’m eternally grateful to him for giving me the opportunity to play at a World Cup and I’m very happy that he’s my coach,” Odriozola said.

“I’ve been with him this morning and he’s conveyed to me that I am going to have all the confidence in the world, that I have to give my best and that it’s a big club with extremely high demands, which is why half measures are not worth it.

It has been a case of one Vidal in, one Vidal out at Barcelona this summer.

Arturo arrived from Bayern to generally look menacing in midfield, while Aleix has returned to Sevilla after three years at the Nou Camp.

The right-sided player could not appear for Barca during the first six months of his spell as the club were under a transfer embargo, and he was largely a peripheral figure throughout his tenure.

After selling the player for  €18million, Sevilla have re-signed Vidal for €8.5million, and on his second debut for the club – ironically against Barcelona – he won a penalty, only for Wissam Ben Yedder to miss from the spot.

Linked with a move to West Ham in the summer, Correa instead swapped Sevilla for Lazio in a €16million transfer.

The attacking midfielder broke into the Argentina squad during his time in Seville, although he missed out on selection for the World Cup.

Like the aforementioned Vrsaljko, Correa already has Serie A experience, having first moved to Europe with Sampdoria three years ago.

Four years ago, Pavoletti was heavily linked with a move to Leeds United on the infamous night the club urged fans “don’t go to bed just yet”, only to sell two of their strikers.

The Whites were made to rue missing out on the striker, who went on to earn a big money move to Napoli.

His time in Naples did not go to plan, and after 11 goals on loan at Cagliari last season, he has joined the club on a permanent deal.

Potentially the best goalkeeping prospect in France, Lafont became the youngest stopper to appear in Ligue 1 when he turned out for Toulouse at the age of 16, attracting interest from the likes of Arsenal and Crystal Palace in the process.

Still just 19, Fiorentina have been convinced to bring the France youth international to Serie A, where he will go head-to-head with Gianluigi Donnarumma in a battle to prove himself as the best young ‘keeper in Europe.

Niang moved to the Premier League in 2017, showing flashes of his ability while on loan at Watford.

In six years at AC Milan, the forward was loaned out on four separate occasions, the latter of which saw him spend the whole of last season at Torino, who he has now joined permanently.

The 22-year-old is more of an attacking player than Jorginho, which means he may have to adapt his game to fit in at Naples.

Should he sign in Serie A, the Spain youth international may be able to break into the senior squad.

Another member of Croatia’s World Cup squad, albeit only appearing in the group stage win over Iceland, Caleta-Car helped RB Salzburg reach the Europa League semi-final last season, where they were ultimately beaten by Marseille.

The 21-year-old’s performances impressed Marseille boss Rudi Garcia, and the French outfit beat off interest from Sevilla to sign the defender in a €17million deal.