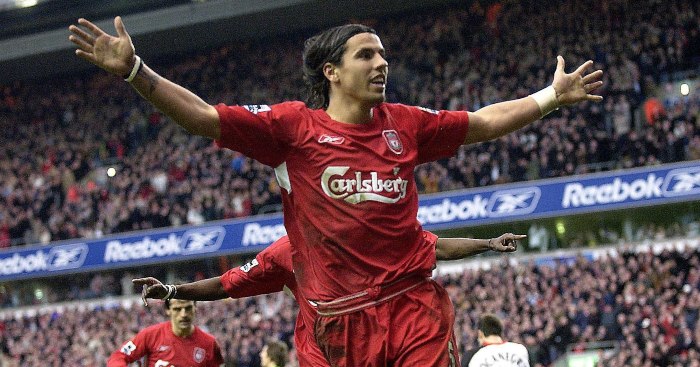 It may have taken longer than expected to come to a close, but the end of the 2019-20 season marks the end of an era for a number of well-known players.

Last summer saw a host of huge stars retire from the game and while there may not be as many players of such high profile bowing out this year, we are still waving goodbye to some illustrious names.

We’ve rounded up some of the most notable players who have retired upon the end of 2019-20.

No, we’re not sure how he was still playing either, but at the age of 38, Baros has decided to call it a day following a three-year spell back in his native Czech Republic with Banik Ostrava.

Over 200 career goals for club and country, eight senior trophies, the Golden Boot at Euro 2004 – but the best thing Baros ever did on a football pitch was breathe in to avoid deflecting Vladimir Smicer’s shot in the 2005 Champions League final.

The striker often subjected to boos from Germany fans has hung up his boots and can rest assured of his status as one of the country’s greatest goalscorers over the past 20 years.

“It has actually taken my whole career to show people it was a one-off mistake,” Gomez said in 2017 of his three-yard miss against Austria at Euro 2008, which some supporters appeared to hold against him for many years later. “I had to ask does one miss change everything? I tried so hard to win these people back but the more I tried, the more tense I became.”

While he may never have been the most fashionable of players, Gomez was German Footballer of the Year with Stuttgart in 2007, won a Treble with Bayern Munich (where he also scored 23 goals in 39 Champions League games), broke the record for most goals in a single season by a foreign player in Turkey, and scored 31 times for his country.

The 35-year-old has called it a day after three seasons back at his boyhood club Stuttgart, scoring in his final match as a professional after helping them win promotion back to the Premier League.

Good on ya, Mario.

Having become something of a cult figure, Aduriz only got better as he entered the latter years of his career. The Athletic Bilbao stalwart won a solitary cap for Spain in 2010, aged 29, but was remarkably recalled to the squad six years later to earn a further 12 caps, scoring twice.

Even though he only scored one goal in his final season, he still made that special, scoring an 89th-minute overhead kick to secure a 1-0 victory over Barcelona.

Sadly, the sudden postponement of football and return behind closed doors robbed Aduriz – who requires a hip replacement – of the chance to play in an all-Basque Copa del Rey final against Real Sociedad and the farewell he deserves in front of supporters.

“Forget dream finals, there will be time to say goodbye,” he wrote upon confirming his retirement “The time has come, the end of this journey which has been wonderful from start to finish.”

It’s all got a bit dusty in here.

Aritz Aduriz received a standing ovation in the dressing room after his late heroics against Barcelona. pic.twitter.com/Al1XPCwNTI

It speaks volumes of Pandev’s longevity that Inter reportedly explored the possibility of re-signing the 37-year-old in January, eight years after he had left the San Siro for the second time, only for Genoa to block a potential move amid their battle against relegation.

Genoa finished one place above the drop zone, with Pandev contributing a healthy nine goals from 16 starts and 16 sub appearances.

He clearly still has Inter in his blood, scoring a crucial goal in a 2-1 victory over AC Milan, and the Nerazzurri even considered offering their former Treble hero a role as a director had he joined, although it remains to be seen whether that remains the case.

A career so strange that we had to write about what the f*ck happened to him. Go read it once you’ve finished with this, please.

Don’t worry Leighton, you’ll always be the coolest player to play in the Premier League.

In the meantime, his Instagram is good if you’re into arty photos of Tom Davies and Bill Ryder-Jones, which we absolutely are.

June 2019: Villa release Jedinak after their promotion to the Premier League.

March 2020: Villa appoint Jedinak as a coach in their youth academy.

May 2020: Jedinak says he has not officially retired and still has a “desire” to play amid interest from A-League expansion side Macarthur FC.

“The decision has matured in me for a long time,” Schurrle said of his retirement in an interview with German newspaper Der Spiegel. “I no longer need the applause. The depths became deeper and the highlights less and less.”

He must have really hated that year on loan at Fulham.

There was really no need for this from Andre Schurrle at 6-0 up🚀pic.twitter.com/1r9Ns3zSbv

Finally hanging up his boots at the age of 41, Pizarro initially moved to the Bundesliga for his first of four spells with Werder Bremen in 1999.

His career has spun across four different decades, resulting in 18 trophies and over 300 goals. He is the second highest foreign goalscorer in Bundesliga history and sits sixth in the competition’s all-time list of scorers. Not bad, really.

Perhaps one of the less well-known names on this list, Soriano is one of the few players who football’s postponement actually benefitted.

The Villarreal captain, who has spent his entire career with the club, had not played prior to the break since May 2017 due to a serious knee injury, missing almost three full seasons of action.

Three years, one month and a day after his previous appearance, he made his return in the 2-2 draw with Sevilla in June – managing to get booked in a two-minute cameo, like any defensive midfielder worth his salt should – and played a final six times before bidding his farewell at the age of 36.

“It’s a human thing,” said manager Javier Calleja after that comeback appearance, “when you live with someone, see how they suffer and have such a bad time and then you watch them come through and get the reward they deserve, it makes you feel good, it’s hope for us all.”

It’s got a bit dusty in here again.

Whenever the chance to bring up a random piece of trivia arrises, our go-to question is always, ‘Which country was the only unbeaten team at the 2010 World Cup?’

The answer, of course, is New Zealand, who failed to advance from the group stage after drawing all three of their matches. Eventual champions Spain were beaten by Switzerland in their opening match thanks to Fernandes’ winner. For the opportunity to bore countless friends with tedious pub chat, we have you to thank, Gelson.

Sure, you won a couple of cups and played in the Premier League for Manchester City and West Ham, but we’re almost certain that’s the proudest achievement of your career.

Best known for becoming the oldest ever player to appear at a World Cup when he turned out for Egypt in 2018 at the age of 45, El-Hadary has finally brought an end to a career featuring 159 international appearances, eight Egyptian Premier League titles, four CAF Champions Leagues crowns and four triumphs at the African Cup of Nations.

“Football is my second wife and I have divorced it,” El Hadary said. “I am not returning to play football again, the entire system has errors and club heads attacking each other, and may God be in the help of the players.”

He added: “There is nothing to add to my footballing history. There is no goalkeeper in Egypt better than me. I only sat on the bench in 1998 for goalkeeper Nader El-Sayed.” 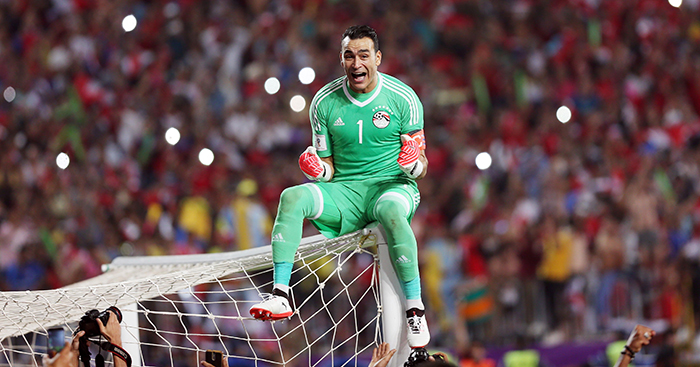 Another one-club stalwart, Perrin made his Saint-Etienne debut in 2003, amassing almost 500 appearances for the club.

The 34-year-old went out by sparking a brawl in the Coupe de France final following his red-card challenge on Kylian Mbappe – or, as we like to call it, a blaze of glory.

The curious career of David N’Gog: From going AWOL to retiring at 31