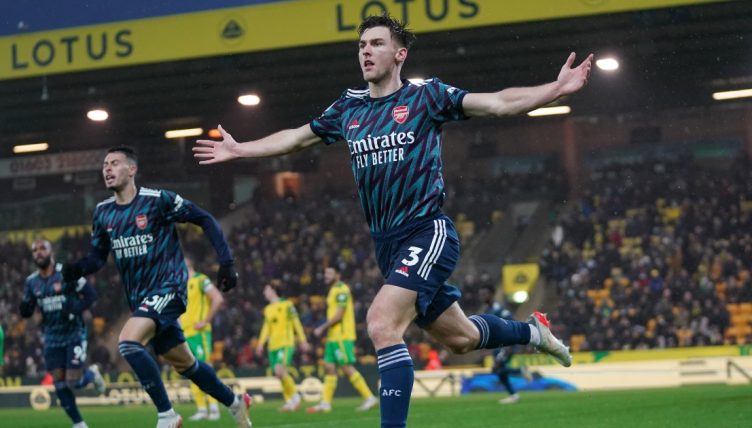 Arsenal maintained their impressive run of form with a comprehensive 5-0 win against Norwich City on Boxing Day.

Bukayo Saka scored a brace at Carrow Road, while Kieran Tierney, Martin Odegaard and Emile Smith Rowe also got on the scoresheet.

The result means that the Gunners are currently in fourth place in the Premier League, although Tottenham and Manchester United do have games in hand.

We’ve taken a look at 13 of the best stats from their 5-0 win against Norwich.

– It was Arsenal’s joint-heaviest margin of victory in a Premier League away game, level with their 6-1 wins over Middlesbrough in 1999 and Everton in 2009.

– The Gunners have scored nine goals in their last two Premier League away games, three more than they managed in their previous eight away league games.

– Since Pierre-Emerick Aubameyang was dropped by Mikel Arteta, Arsenal have scored 19 goals in five games in all competitions.

🗣 "Today's decision was to not select him in the squad."

Mikel Arteta is questioned whether Aubameyang still has a future at Arsenal after failing to be included in the squad pic.twitter.com/4Tn9pW8B3q

– Sixteen of Arsenal’s 32 Premier League goals this season have been scored by Under-21 players.

– Aaron Ramsdale has now kept nine clean sheets in the Premier League this season, only Ederson has kept more.

– Saka has now scored or assisted in four consecutive Premier League games for the first time in his career.

– The 20-year-old is the second-youngest player to score 10 Premier League goals for Arsenal after Nicolas Anelka.

– No player has been directly involved in more Premier League goals in December than Martin Odegaard, who has three goals and three assists this month.

– During the win over Norwich, Odegaard registered as many Premier League assists as Jack Grealish has managed all season.