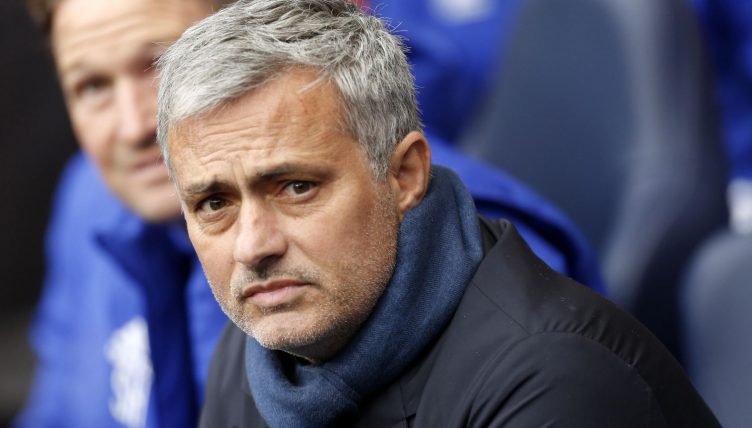 Chelsea have sacked Thomas Tuchel and former Tottenham boss Mauricio Pochettino is among the favourites to replace him. But he wouldn’t be the first coach to cross a bitter derby divide.

Plenty of high-profile managers have been brave enough to take jobs with two rival clubs, including the likes of Arsenal and Tottenham, Barcelona and Real Madrid, and Inter and AC Milan.

Vitriol is often saved for players who ignore historical rivalries to join clubs who have a hatred for one another – with Luis Figo one famous example after swapping Barcelona for Real Madrid.

But what about the managers who have done the same? We’ve taken a look at 17 famous examples.

He may have been a strict disciplinarian, but Graham became adored by Arsenal players and fans alike – Paul Merson certainly enjoyed his guidance – after he masterminded the Gunners’ first title in 18 years with that famous victory at Anfield in 1989. Under Graham Arsenal also claimed two League Cups, the FA Cup and the Cup Winners’ Cup.

Graham was sacked by Arsenal in 1994 after it was revealed he had taken a bung, and after two years in charge of Leeds United, he controversially joined Tottenham.

The Scot may not have been the most popular figure at White Hart Lane, but he did deliver silverware in the form of the 1999 League Cup – one of only two trophies Spurs have won in the last 25 years.

Mourinho is a repeat offender in this regard – doing it in Spain, then in England.

While never appointed manager at Barcelona, Mourinho spent four years as assistant there before launching his own managerial career in 2000. Louis Van Gaal often took a back seat during his time alongside the Portuguese, who he saw as a future world-class manager.

In 2008, Mourinho was interviewed for the top job at Barcelona, but the hierarchy instead gave it to an untested managerial prospect by the name of Pep Guardiola (whatever happened to him, eh?), who Mourinho had wanted as his assistant were he to take the job.

Mourinho took it personally and in 2010, he returned to Spain, but this time with arch-rivals Real Madrid.

In 2019, Mourinho repeated the divide-crossing trick, signing on as Tottenham manager, much to the displeasure of Spurs fans and those who had once worshipped him at Stamford Bridge.

Mourinho achieved nothing like the success he managed in west London after his move to N17, and was sacked in April 2021, less than a week before the League Cup final. Ouch.

Not happy with infuriating Portsmouth supporters by joining Southampton just a few weeks after leaving the club, Redknapp then did the same in the opposite direction, just days after he left St Mary’s.

Winning the FA Cup and guiding them to Europe, ‘Arry probably helped convince Portsmouth fans to put away the ‘Judas’ t-shirts which had been made when he initially left.

In hindsight, there is not too much animosity over Clough managing both Derby County and Nottingham Forest, a fixture which is now known as the Brian Clough derby.

A phenomenal managerial talent, after car crash spells at Brighton and Leeds, there were only 15 months between Clough’s resignation at Derby and his appointment at Forest, but Rams fans were angrier with the board for being the reason that the manager chose to walk out.

Eriksson had enjoyed plenty of success in his early managerial career with both Gothenburg and Benfica, but found life much more difficult at Roma, winning just the 1986 Coppa Italia during his three years in Italy’s capital.

Ten years after leaving Roma, he was appointed manager of rivals Lazio, where he spent the most successful spell of his life, winning the Coppa Italia twice, the Supercoppa Italiana twice, the final Cup Winners’ Cup, the UEFA Super Cup and, crucially, the Scudetto.

It still couldn’t prepare him for Manchester City though…

READ: Sven-Goran Eriksson on Thaksin Shinawatra and his year at Man City

Newcastle’s appointment of Allardyce was meant to represent a reward for remarkable job the manager had done at Bolton, and another step up the ladder to one of Europe’s biggest clubs for Allardici.

A promising start was followed by a disappointing winter and Allardyce lasted until just the January of his first season in charge at St James’ Park.

After rebuilding his reputation as a survival specialist at Blackburn and West Ham, Allardyce returned to the North East as he was parachuted in to save a seemingly doomed Sunderland.

He lived up to the billing and duly rescued the Black Cats from the drop, landing himself the England job in the process. The less said about that the better.

Antic had the unenviable task of replacing Alfredo Di Stefano at Real, but managed to steady the ship with the team in disarray. The following season Real established a seven-point lead at the top of La Liga, only for Antic to be bizarrely sacked. They went on to squander their lead and ultimately finished second behind Barcelona.

His greatest success arrived at Atletico, who had finished just one point above relegation in the season before Antic’s appointment, only to win a remarkable double in his first campaign. His third spell, however, in which he replaced the sacked Claudio Ranieri, ended with Atleti suffering the ignominy of relegation.

In 2003, Barcelona turned to Antic while languishing in 13th. Yet again he steadied the ship, and also gave first-team opportunities to Victor Valdes and Andres Iniesta, but he failed to earn a contract beyond the end of the season.

A highly popular manager and former player at AC Milan, Leonardo left due to a difficult relationship with the club’s owner Silvio Berlusconi in 2010, and later that year would do the unthinkable, switching from red to blue at San Siro.

The manager initially won Inter supporters over thanks to a bright start, but he left his post after just six months as the campaign fizzled out – although he did win the Coppa Italia.

Crossing the same red/blue line as Leonardo, Pioli took charge of AC Milan in 2019, having previously managed Inter for a six months in 2016-17.

He was not particularly successful at Inter, overseeing the club in a season in which they finished a disappointing seventh in Serie A.

Yet he restored his reputation in a spell at Fiorentina, and despite coming from a family of Inter-supporting postmen was appointed Milan manager in 2019. Back at San Siro but on the other side of the divide, he has delivered, leading the Rossoneri to the Scudetto in 2022, the club’s first since 2011.

An impressive 10 trophies in six seasons made Jesus the man who changed Benfica’s fortunes between 2009 and 2015, including successive league titles for the first time in 31 years.

As his contract was expiring in the summer of 2015, Benfica hoped to persuade him to renew but, despite significant profits during his years in charge, wanted to lower his wages.

Free-spending Sporting got a sniff, and snatched the manager from under their fierce rivals’ noses, seeing Jesus return to the club where he started his playing career.

Jesus stayed at Sporting for three seasons, but won only the 2015 Portuguese Supercup and the Taca da Liga in January 2018.

Five months later, Jesus, his coaching staff and his players were attacked by fans at their training ground following a falling out between players and club president Bruno de Carvalho, a third-place league finish and elimination from the Europa League.

Having won the Copa Libertadores and Brazilian league with Flamengo in 2019, Jesus moved back to Benfica in July 2020. Despite spending vast sums by Portuguese standards, Benfica endured a torrid season, crashing out of the Champions League in the qualifying rounds and watching Sporting win the title for the first time in two decades.

Coyle’s first league win in charge of Bolton came against fierce rivals Burnley – the club he had left just weeks earlier to take over from Gary Megson.

Supporters chanted ‘Judas’ throughout the match, prompting Coyle to respond after the game: “If they were going to get biblical it should probably have been Moses, because I was the one who led them from the wilderness.”

Not content with just managing the two Lancashire rivals, the Scot then had a year-long stint in charge at Blackburn.

There was a great deal of controversy surrounding McLeish’s move across Birmingham, from City to Aston Villa, not least because the Blues claimed he was still under contract with them when he was announced as Villa’s new manager.

And the fans of his new club weren’t too happy about it either, with protests against his appointment held outside the ground, and graffiti having to be removed from the training ground. He never managed to earn the support of Villa’s fans and left a year later.

He was appointed the Blades’ manager in 2011 upon their relegation to League One, over 10 years since he managed Wednesday, but that did not stop supporters protesting.

‘Love Utd Hate Wilson’ read one banner as supporters gathered outside Bramall Lane when his appointment was announced.  his side lost the play-off final on penalties – in a shootout with Huddersfield which went right down to the goalkeepers – and left the club before the end of the 2012-13 campaign.

Like Mourinho, a repeat offender, Bruce has taken charge of Newcastle and Sunderland as well as Birmingham and Aston Villa.

He won promotion twice with the Blues in a six-year stint but could not do the same with Villa, getting sacked in October 2018, shortly after a disgruntled fan threw a cabbage at him from the stands.

The fans who used to sing about him being a “sad Mackem bastard with a shit football” team were unsurprisingly not all that delighted to see him turn up at their club. He led Newcastle to one 13th and one 12th-place finish in his two seasons at St James’, but he never won over the Geordie boot boys.

If we were to name every Brazilian manager that has ever managed rival clubs, then this would be a very long article. But the most notable is Osvaldo Brandao, who managed bitter enemies Corinthians and Palmeiras with great distinction between the 1940s and 1980s, taking charge of each club on five separate occasions.

He won the Sao Paulo state title with Palmeiras in 1947, before doing so with Corinthians in 1954. He then managed Palmeiras in two more glorious spells in the late 50s and early 70s, building teams that are considered among the greatest in the history of Brazilian football and were the only sides capable of challenging the Santos of Pele.

In 1977, Brandao returned to Corinthians, where he ended the club’s 23-year trophy drought with the 1977 state championship, ensuring legendary status there too.

To add to his divide-crossing credentials, Brandao also won a single state title with the capital’s other club, Sao Paulo FC.

Having managed Napoli between 2015 and 2018, #SarriOut was already trending on social media before he had even signed a contract with Juventus in 2019. But he signed on anyway and led Juve to their ninth successive league title – a run he had twice come close to breaking with Napoli.

That, though, was deemed insufficient and Sarri was replaced with Andrea Pirlo in summer 2020. Sarri is now Lazio boss, having taken over in June 2021.

Given his history with Liverpool, to say not all Evertonians were pleased to see him pitch up at Goodison is a bit of an understatement. Some even went as far as putting up a banner that read ‘We know where you live’ near Benitez’s family home.

As it happens, the fans were right to be wary, even if some showed it in the wrong way. After a promising start, Benitez reign went from bad to worse to absolute shambles. They had to turn to Frank Lampard to save them from relegation.