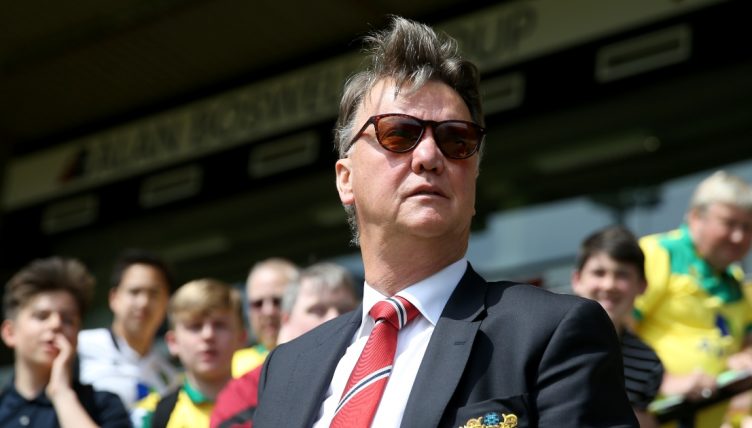 Louis van Gaal has won several major honours during his managerial career – and he’s provided plenty of entertainment along the way, too.

The Netherlands manager is one of football’s larger-than-life characters, but we’re never quite sure whether his comedic act was intentional or not. Perhaps that’s part of the fun.

We’ve taken a look back at 13 of his funniest moments.

When asked by Sky Sports about an incident involving Marouane Fellaini which saw the midfielder have his hair pulled by Robert Huth, Van Gaal replied by pretending to pull the presenter’s own hair before coming out with this corker.

“It’s not in the books that somebody has to grab with the hair. Only in sex masochism… then it is allowed.”

He still scares us quite a lot.

That look on his face the second time when he doesn’t realise why people are laughing.

Finally Van Gaal showing some emotion and fire🔥 Ref definitely should have booked him for that dive😂 #LVG pic.twitter.com/XpqXYfjYFV

Credit where it’s due, he knows how to have a good time.

Spare a thought for Neil Custis.

Van gaal nearly takes his eye out with a pencil#manutd pic.twitter.com/WrhXZpu1bn

Whether it be journalists or Ryan Giggs, LVG loves a patronising slap.

Why don’t you tell us what you really think, Louis?

Paul Merson: “The quicker Liverpool go out of the Champions League, the more of an unbelievable chance they have to win the league.”

Louis Van Gaal to Dutch TV after viewing the clip of Merson: “This man is not normal. Liverpool shouldn’t take his bad advice into consideration.” pic.twitter.com/vrVhp2rgvN

At the end of his first season in charge of Manchester United, Van Gaal delivered a speech at the club’s Player of the Year awards which Gary Neville described as the “best and funniest 20 minutes” he has ever had.

READ NEXT: Where are they now? The 10 youngsters Louis van Gaal gave debuts to at Barca