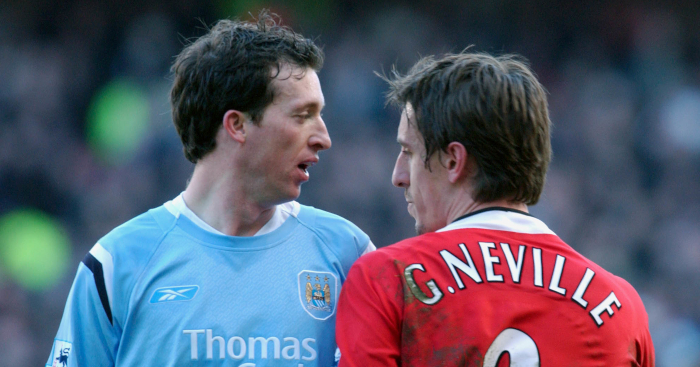 Footballers these days try to keep their powder dry when it comes to saying anything controversial to the media – but sometimes they just can’t help themselves.

Let’s face it, we all love a bit of bitching, and footballers slagging each other off is always good fun.

We’ve compiled a list of 13 excellent insults said by players and managers, although there could have been plenty more.

Not exactly shy of controversy, Benzema recently replied to comparisons between his own record for France and Olivier Giroud’s by saying: “You don’t compare Formula 1 with karting, and I am being nice.”

Diouf has never hidden his disdain for Steven Gerrard and Jamie Carragher. The former Liverpool flop has often laid into the Anfield icons, with our particular favourite insults aimed at Carragher, who he has called at various times a “f*cking loser”, “a sh*t” and “the biggest turkey on the field”.

The other big difference is he's scored less goals for LFC in the Premier League than me! (Not counting OG's!!) https://t.co/dwEA56c7NA

Sticking with the theme of El-Hadji Diouf, Warnock infamously called the forward a “sewer rat” during his time as QPR boss, only to then sign the player at Leeds United.

Effenberg may have counted Lothar Matthaus as a team-mate at Bayern Munich, but that didn’t stop him publishing a chapter in his autobiography titled ‘What Lothar Matthaus knows about football’.

It was followed by a blank page.

El Diego doesn’t give a f*ck, does he?

Pele isn’t the only person to receive a few barbs from Maradona, but he’s been on the receiving end of a few of our favourites.

Over the years, Maradona has said Pele “should return to the museum”, “played with players who couldn’t even move”, “keeps on saying stupid stuff when he takes the wrong pills” and looks “like a doll that’s being moved by remote control”.

Didier Deschamps may be the youngest ever captain to lift the European Cup as well as the France skipper for the 1998 World Cup and Euro 2000 triumphs, but Cantona wasn’t a fan.

“He will never be anything more than a water carrier. You can find players like him on every street corner.”

Proud of his scouse roots, Fowler had some choice words for Gary Neville and David Beckham in an interview with The Guardian in 2005.

“When you come from a council estate in Liverpool, how you come across is important. You don’t want to be seen as a biff: some busy bollocks like Gary Neville, or someone who has sold their soul like Beckham.”

Another player who didn’t have much time for Gary Neville, Tevez famously called his former Manchester United team-mate a “boot-licker” and a “moron”.

Neville responded by giving Tevez the finger in a Manchester derby. 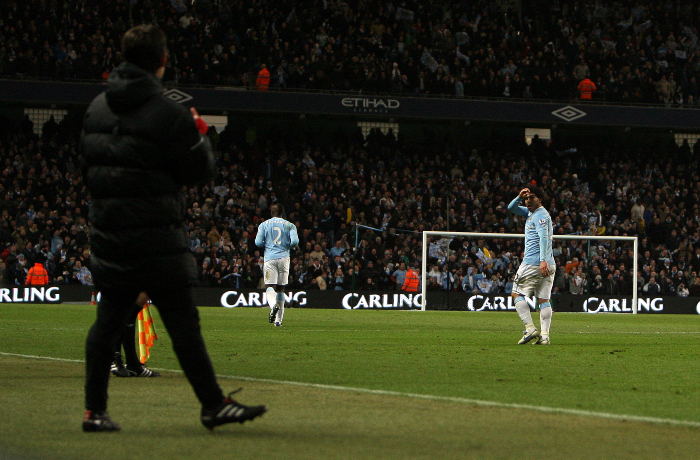 When asked whether Paolo Di Canio, then of West Ham, could make his Italy squad for the 2002 World Cup, Trapattoni didn’t seem too keen: “Only if there’s an outbreak of bubonic plague.”

Vinnie Jones’ reputation as a footballer was largely based on everything but his ability, and Greaves was less than impressed when the Watford-born midfielder turned out for Wales.

“Well stone me! We’ve had cocaine, bribery and Arsenal scoring two goals at home. But just when you thought there were no surprises left in football, Vinnie Jones turns out to be an international player.”

We can’t think why on earth a Milan legend might not be a big fan of Steven Gerrard, but Sacchi once said the midfielder “lacks what I call knowing how to play football”.

One legendary Manchester United No.7 on another, David Beckham: “He cannot kick with his left foot, he cannot head a ball, he cannot tackle and he doesn’t score many goals. Apart from that, he’s alright.”

The former Southampton manager on Carlton Palmer, who he signed from Leeds United in 1997: “Carlton covers every blade of grass on the pitch, but then you have to if your first touch is that crap.”