13 players Jose Mourinho missed out on as Manchester United manager 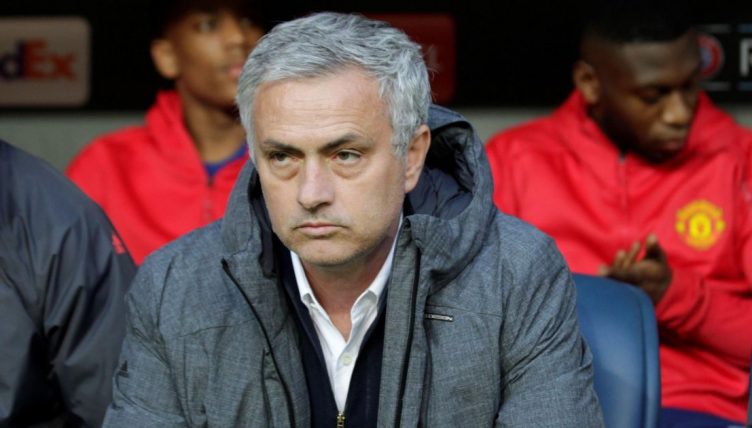 Jose Mourinho missed out on several players during his time as Manchester United manager – and he was never shy to go public about it.

“One thing is what I want and another thing is what is going to happen,” Mourinho said during United’s pre-season tour of USA in 2018, and it was a tale that had been told before.

Here are just some of the players we know about that the Portuguese manager missed while at Old Trafford between 2016 and 2018.

In 2016 Bayern Munich defender Hummels turned down a move to United, though it wasn’t really the new manager’s fault.

“There just was not that one English club where the overall package was fitting,” he was quoted as saying in the Manchester Evening News.

“The overall package means: a club which fascinates me; a club I have always wanted to join, and where the sporting constellation is right, and which of course plays Champions League football next season.

“And because of the latter one club was ruled out, and you can envision which club that was.”

Mourinho had signed the serial final winner for Real Madrid in 2011 and Varane claimed there had been “indirect contact” again in 2018 while he was away starring in France’s World Cup win.

The Frenchman did eventually join United in 2021, sparking predictions of a title challenge. Instead, he arrived just in time for United’s worst season of the Premier League era, although things have improved this year.

Mourinho chased Maguire for a while and the Yorkshireman certainly didn’t hide his desire to join.

Towards the end of the 2018 summer transfer window, the then Leicester player said: “Every player wants to play at the highest level. I’ve just come back from playing at a World Cup, where I really enjoyed the high pressure of the games, it was something that I really thrived off.

“Leicester have been unbelievable to me and I’m really happy there but I’m also an ambitious player and everyone wants to play at the top.”

But, like with Varane, Maguire would only arrive after Mourinho’s departure. He might be forgiven for thinking it wasn’t worth the hassle…

In 2016, Mourinho targeted a strong central midfielder to add to his side, famously ending up splashing out £89m on Paul Pogba. We all know how that worked out.

Before Pogba, though, Mourinho turned to key Leicester midfielder and Pogba’s countryman Kante, reportedly phoning the now-Chelsea man. Yet it was too late, as Kante’s mind was already made up.

“It was amazing to have Mourinho call me, even though I’d been warned before how he would appeal to me,” Kante said.

“I listened to his arguments about why I should move to United, but at that time I was hesitant between staying at Leicester or leaving for Chelsea.

“My discussions with them were already well underway. But when I spoke, I had a good feeling with Conte.”

Kante was vital as he lifted his second successive Premier League trophy in a season United finished sixth, with the midfielder joining Pogba and Varane in France’s World Cup-winning squad in Russia two years later.

Another midfield player Mourinho chased that summer – missing out to Bayern Munich – was Sanches, who the manager had been keeping tabs on since his early Benfica days.

“I arrived late,” Mourinho told Portuguese TV after the Community Shield. “I signed in May, we started talking a week before, but completely out of the process. If I had arrived earlier, I’d fight for him.

“Manchester United watched Renato many times and maybe I did it even more.”

Sanches won the 2016 Golden Boy award, but struggled in Germany and was sent for spell on loan at Swansea which turned out to be even less successful.

He’s resurrected his career at Lille and moved to PSG last summer.

With the 19-year-old forward looking for an exit from Basel in 2016, Mourinho was certainly interested, but the teenager opted for German club Schalke instead.

Christian Heidel, the sporting director of the German club, claimed that United were “desperate” to sign Embolo, saying: ““It’s nothing new that he is a great player. There is a reason why Mourinho desperately wanted to sign him for Manchester United.”

And reportedly in January 2018, Embolo was given another chance to move to Old Trafford after managing just six goals for Schalke, and he said: “In the winter a few requests came. It’s clear that clubs become alert when a young player does not play.

“Not once [have I considered leaving]. I have found a family club with Schalke, in which football is lived. When I was hurt I had so much support, was purposefully and gently reintroduced.”

United signed Zlatan Ibrahimovic on a free in 2016, with the Swedish giant scoring 28 times in 46 games – over double the total of any team-mate – as the side won the EFL Cup and Europa League.

Embolo joined Borussia Monchengladbach, scoring 25 goals in 106 games there before making the switch to Monaco in 2022.

This was a long-running one, with Mourinho repeatedly trying to sign the Brazilian for United after he won the player of the year award in the manager’s final season at Stamford Bridge.

“There were a few conversations with my agent. I worked with Mourinho and I became his friend as well,” Willian said after finding himself on the bench for much of the 2016-17 campaign.

“He likes me a lot and I like him a lot as a coach and as a person. He has put his trust in me and in my work, and I was very grateful to him.

“Manchester came to me, they talked with my agent, but nothing happened, because Chelsea would not negotiate me in any way and I’m very happy at Chelsea.”

The former Stamford Bridge boss did manage to do business with his old employees that summer, taking Nemanja Matic to partner Pogba in midfield, while Willian went on to join Arsenal.

Prior to his world-record move to PSG, Mourinho and United were incredibly keen on Neymar, who reportedly told the club that he would join them if they paid up his Barcelona contract.

“A lot of conversations with the player, telling him he wanted to bring him from Barcelona to the Premier League – and Neymar encouraged that.

“But they were blown out of the water by PSG in terms of scale of salary and obviously the willingness to pay the release clause.

“I’m sure the interest remains. You can see that the conversations between Mourinho and Neymar had an effect on the player.”

Long before Griezmann’s will-he-won’t-he Barcelona saga, the French forward was being chased by Mourinho, who made his interest clear in the summer of 2017 as well as the following January.

The attacker is reportedly a big fan of Mourinho’s, but revealed he had not spoken to the manager when a move was close in 2017, when Atletico were under a transfer ban and unable to sign a replacement.

“No, that’s totally made up. False. It was my decision. I communicated it to the club. That’s it,” he told FourFourTwo, refuting the claims he phoned Mourinho to tell him his decision.

“I have stayed mainly because of the transfer ban. Atletico needed me now more than ever and I felt I had to stay. It would be dirty to leave. I wouldn’t have been myself, or the person that I feel I am today, if I had left this club in that way.”

Another forward who, probably more so than Griezmann, looked destined to move to United in 2017 was Morata, with Mourinho keen to reunite himself with his former Real Madrid player.

However, he was left frustrated by his former club, saying: “The selling club is the one who puts the price on the player, the buying club doesn’t. If a club want to buy our players, we set the price.

“Morata is a Real Madrid player. Madrid made a decision and we didn’t reach an agreement with them. It is simple. It is a shame.

“He is a player who made it to the first team with me. We have a special liking for him, he is someone special. I enjoyed seeing his growth at Juventus and Madrid.

“It is like that. I don’t think he can end with us.” Morata joined Chelsea a week later and became the lastest victim of the club’s inexplicable striker curse.

You remember this one. It went on and on and on.

Nothing ever came of it though, with Bale returning to England in 2020, but as a loanee at old club Spurs.

Following the end of his Madrid contract, he moved to MLS to join LAFC in 2022 before retiring six months later. 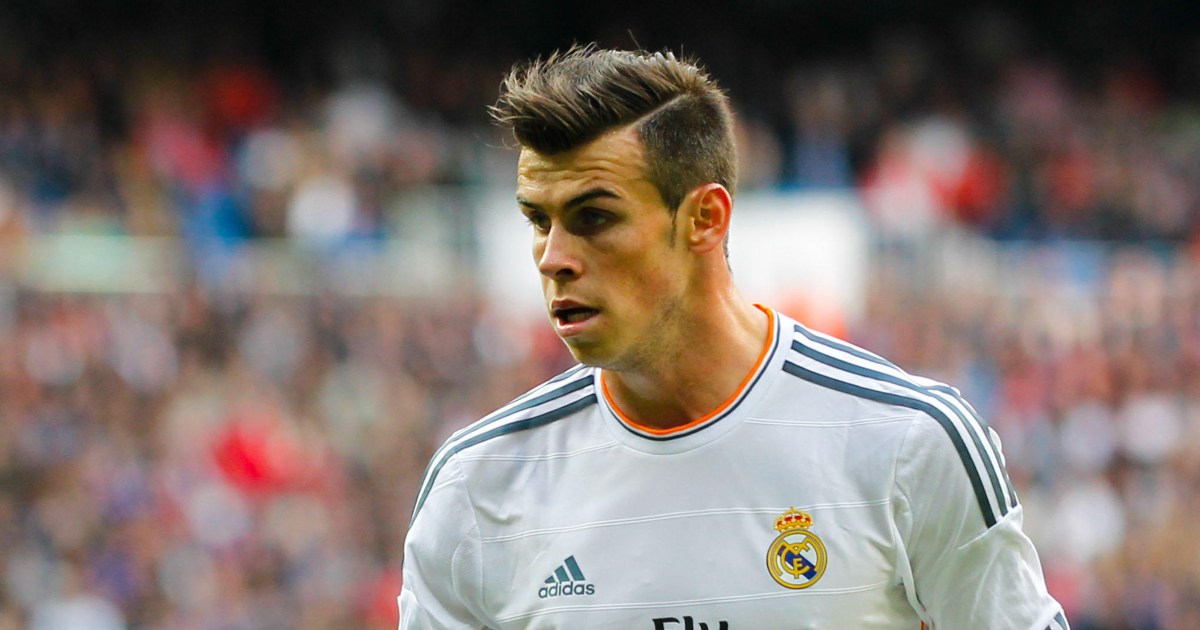 It was reported that Mourinho wanted Perisic after an impressive World Cup, but the interest went back to 2017, when the winger signed a new deal with Inter.

During his punditry in Russia, Mourinho stated bluntly: “Perisic, he went from Croatia to Dortmund to Wolfsburg to Inter. I don’t know why he didn’t come to Manchester when I wanted him.”

We really didn’t see either of those things coming in 2017.

“For me, at that moment, there was only one club in England and that was Arsenal,” is what Justin’s father Patrick said after rebuffing United – 20 years before his son did the same.

Ajax star Kluivert was on the radar of many European clubs after an impressive season in Eredivisie, scoring 10 goals in 30 appearances.

“I have heard the rumours but I haven’t spoken to Mourinho, a move to Manchester United wouldn’t make sense, for now,” he told Dutch media in early 2018, before joining Roma that summer.

Mourinho wanted a winger to replace Anthony Martial, who had looked set to leave the club, though four years later a move away is yet to materialise.

READ NEXT: Recalling when Sir Alex Ferguson broke his own rules to sign Bebe