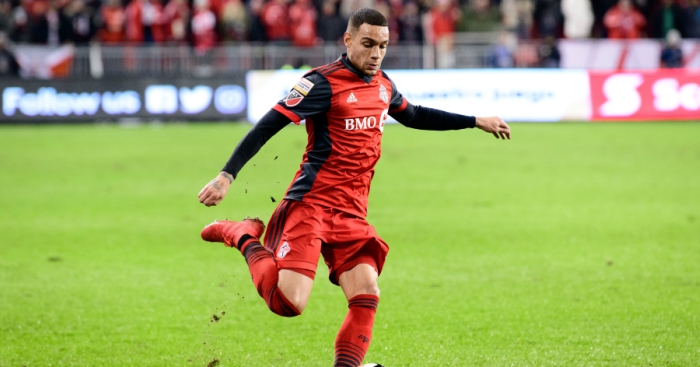 Zlatan Ibrahimovic is on his way to MLS after leaving Manchester United, and he will find himself facing familiar faces including former Liverpool, Tottenham and Arsenal players.

This week United confirmed that Ibrahimovic, who has struggled for form and fitness since suffering a serious injury last year, has been granted an early release from his contract, and the striker is now expected to sign for LA Galaxy.

We’ve taken a look at some of the other players you will recognise but were perhaps unaware they were plying their trade in the competition.

There were high hopes for Van der Wiel after he established himself as Holland’s right-back, playing in the World Cup final and earning a move to PSG.

His career trajectory has not gone as planned, however, and after spells at Fenerbahce and Cagliari he finds himself at Toronto.

On the plus side, he gets to play alongside Giovinco, but we’re not having him being handed the No.9 shirt. 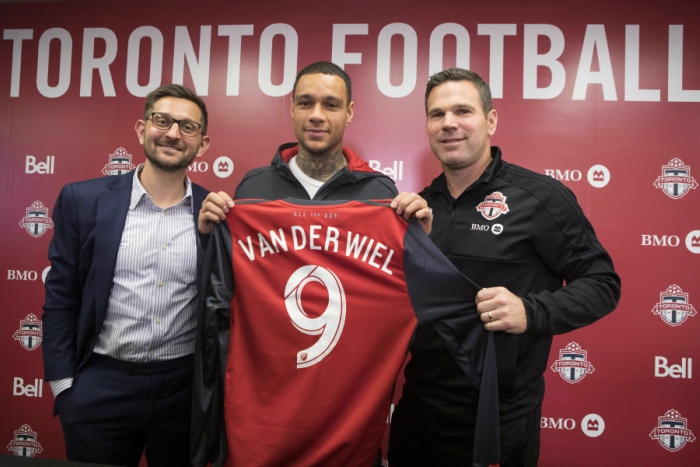 Reto Ziegler, eh? Gives you a thrilling hit of nostalgia, that name, doesn’t it?

McCann was part of the Burnley side which won the play-offs in 2009, but his season in the Premier League was scuppered by injury.

After three years at Wigan, he moved to Atlanta, where he plays alongside Brad Guzan and one of the competition’s most exciting players in Miguel Almiron.

Possibly one for the Football Manager heads, but Taïder has plenty of experience in Serie A with Inter, Bologna and Sassuolo.

The Algeria midfielder was sent on loan to Southampton in 2014 as part of the deal which saw Dani Osvaldo join Inter, but he was sent back after just one month and one appearance “having failed to live up to the high levels of commitment expected of Southampton players”.

I hope this shirt is worth something one day. Poor fella. Saphir Taïder's Southampton career : 0 games. #saintsfc pic.twitter.com/YfmIu0feNl

Wilson was regarded as a hot prospect when left Rangers – where he became the youngest Scot to appear in the Champions League – to join Liverpool as an 18-year-old, but he failed to establish himself at Anfield and eventually returned to Scotland with Hearts.

The five-time Scotland international spent the last three years back at Ibrox, but left for Colorado in January.

Some of you will remember Sutter as the English full-back who spent the majority of his career in Switzerland, first with Grasshopper and then with Young Boys, for whom he appeared against Tottenham in the Champions League.

Sutter won two caps for Switzerland in 2010 before joining Orlando in 2017, spending his first season playing alongside Kaka.

You could be forgiven for completely forgetting about Mutch, given he failed to make a single appearance for Crystal Palace this season, having played only 50 minutes of Premier League football in the previous campaign.

So we probably shouldn’t be surprised that the midfielder’s move to Vancouver completely passed us by. The 26-year-old could still return to Selhurst Park as he is only technically on loan at the Whitecaps, who have an option to make the deal permanent at the end of the season.

Our favourite thing is that Vancouver have mentioned how to pronounce his name on their website.

Simpson moved to Philadelphia in January 2017 and, at the age of 28, was already being described as a “veteran” by sporting director Earnie Stewart.

The former Arsenal striker scored just once in 22 appearances last season – albeit only four of those were starts.

Completing a left flank with Ziegler, Figueroa is still going strong for both club and country at 34 years of age.

He’s yet to top his high point in England football, however.

RT If you remember Maynor Figueroa scoring from his own half at Stoke for #WAFC 🔵 #LATICS https://t.co/u3VlNhwsU8

After a dismal spell at Rangers, in which he was sent off in a 5-1 defeat to Celtic on his debut, Senderos called it a day with European football and joined Houston midway through the campaign last year.

The 33-year-old captained the side to the Western Conference finals, where the side were beaten 5-0 on aggregate by Seattle Sounders.

He did at least score his first goal for the club earlier this month.

The man who was so desperate to get out of Derby County he climbed out of a window to fly to a medical at Marseille without the consent of manager Paul Jewell.

Mears has spent the last four years in MLS since leaving Bolton in 2014, representing Seattle Sounders and Atlanta United before joining Minnesota ahead of the current campaign.

Kansas paid £250,000 to sign Russell from Derby on January after the forward rejected a new contract at Pride Park.

At the age of 27, the Scotland international should be in the prime of his career, and he becomes the second player to appear for both Derby and Sporting Kansas after US international Benny Feilhaber.

After a career spent in the west Midlands with Aston Villa, Birmingham and West Brom, Ridgewell broadened his horizons in 2014 and moved to Portland.

He has returned to England twice for loan spells with Wigan and Brighton but became a hero in his new home after captaining the Timbers to the 2015 MLS Cup.

The 33-year-old has even got his own trademark celebration.