11 players who performed better for country than club: Heskey, Podolski… 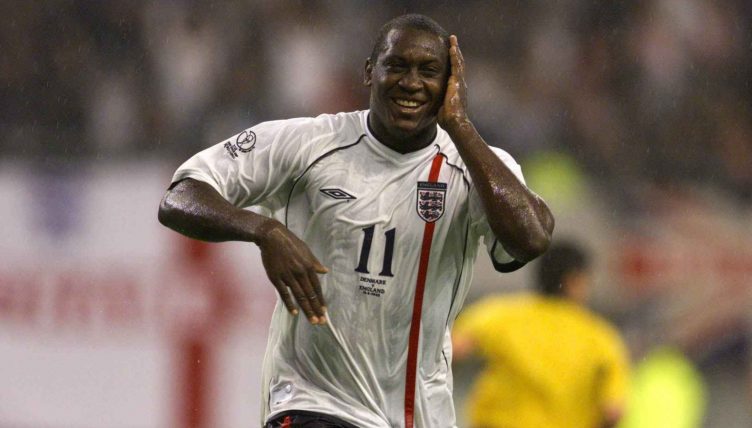 International football can be an odd beast, so some players who aren’t necessarily great at club level can excel in their country’s shirt.

Sometimes you get a group of players who are superstars at club level but who, for whatever reason, simply do not gel for their national team. Yes, ‘Golden Generation’, we’re thinking of you.

Yet, at other times, you see a team of footballers considered cloggers at their clubs come together and excel on the international stage; or an individual who cannot get comfortable in the day-to-day grind of the league season, but who comes to life in the jersey of their nation.

The latter group can become heroes to their compatriots while going through relatively mediocre careers elsewhere – and we love them all the more for it.

Here, we’ve brought together 11 players who have performed far better for their countries than their clubs.

Decent at Aston Villa, Vassell became a favourite of Sven Goran Eriksson with his performances for England between 2002 and 2004.

After scoring a sensational goal on his debut against the Netherlands, the pint-sized striker scored a crucial goal in a tense European Championship qualifier against Turkey and was often England’s Plan B.

We’ll forget his penalty against Portugal at Euro 2004 because Vassell outperformed himself in the Three Lions jersey.

It’s the 20th anniversary of Darius Vassell scoring a sensational Scissorbastard on his England debut.

Fucking hell. What a time to be alive.

Can you remember any of Vargas’ performances in a QPR shirt? How about for Napoli? Hoffenheim? Right, we’re scraping the barrel now. Anyway, you get the point.

Vargas never did it in Europe, but he was always the perfect fit as the mobile centre-forward in the wildly entertaining Chile teams of Marcelo Bielsa and Jorge Sampaoli, and he has won two Copas America with La Roja.

Campbell spent seven years as an Arsenal player, going out on loan six times before moving to Frosinone in Italy and then Liga MX with Leon.

He’s never reproduced the form and drive that he shows for Costa Rica though. Still aged just 30, Campbell already has over 100 caps and he helped a brilliant side surprise everyone to reach the last eight of the World Cup in 2014. 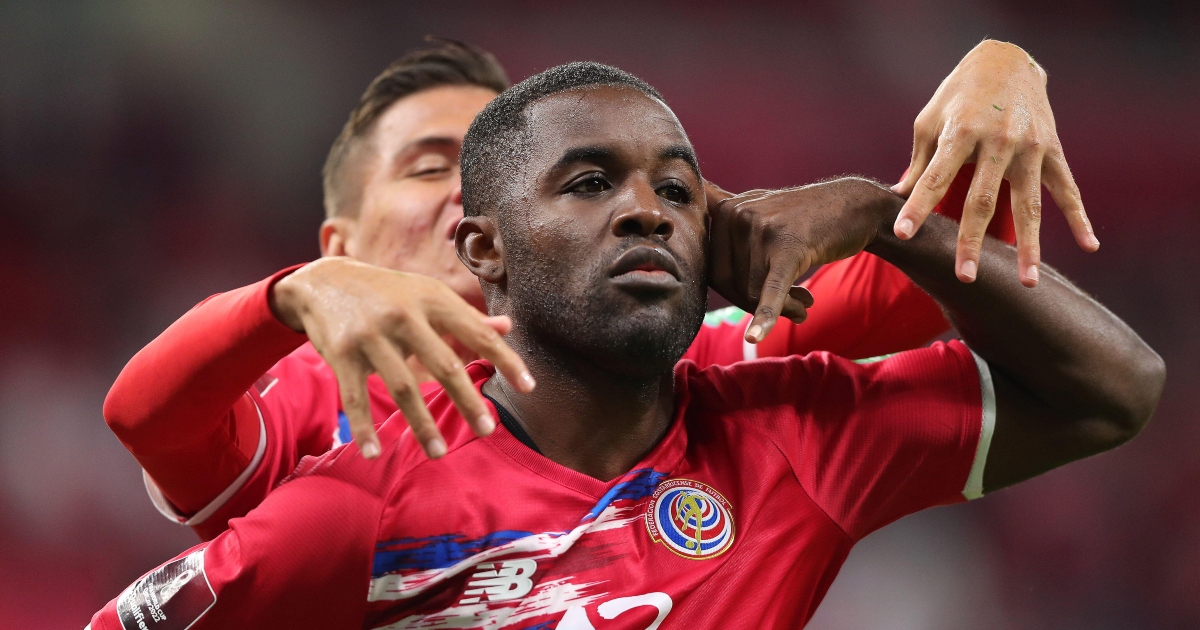 Gyan’s Ghana career will forever be associated with missing that penalty in the 2010 World Cup quarter-final after Luiz Suarez handballed Dominic Adiyiah’s header on the line. Given the importance of the game, it’s unavoidable.

But his Black Stars shouldn’t only be associated with that missed spot-kick.

Gyan was much better for his nation than he was for any of Udinese, Rennes or Sunderland, notching 51 goals in 103 caps between 2003 and 2019, playing in three consecutive World Cups and becoming the leading African goalscorer at World Cup finals tournaments.

In the final minute of ET in a 1-1 World Cup QF, Uruguay’s 🇺🇾 Luis Suarez deliberately handles the ball to save a goal & is sent off.

Stern John was decent in England. A 12-goal-a-season man in the Championship. But from watching him play for Nottingham Forest, Birmingham, Coventry or any of his other many clubs, you’d never guess that he’s 19th on the list of all-time international goalscorers.

His 70 goals in 115 Trinidad and Tobago caps put him above Gerd Muller, Didier Drogba, Ronaldo Fenomeno and Zlatan Ibrahimovic in that respect. Eight came in qualifying for the 2006 World Cup, helping the Soca Warriors onto the biggest stage for the only time in their history.

The butt of many a joke in north London, Paulinho has disappeared from most people’s radars since his move to China in 2015 – save for that weird one-season stint at Barcelona.

But he has been brilliant for Brazil in two separate bursts, winning 56 caps and scoring 13 times. He won the Confederations Cup with Luiz Felipe Scolari’s side in 2013 but was one of many burned by the disastrous 7-1 a year later and was dropped from the team.

After Tite took over as boss in 2016, however, he recalled Paulinho – to groans of despair in Brazil. Still, Paulinho more than justified Tite’s faith, becoming the Selecao’s key midfielder as they romped to qualification for the 2018 World Cup.

The highlight of that campaign was a 4-1 away win against Uruguay in Montevideo, in which Paulinho got a spectacular hat-trick.

I will never forget Paulinho's hattrick against Uruguay 🐐 pic.twitter.com/X6akFXYPd5

So contrasting are Sergio Romero’s fortunes for club and country, you could almost believe his career was two different people involved in some weird, long-running act of performance art.

A decade as Argentina No.1 saw him earn a whopping 96 caps. Yet, for his clubs, he was consistently overlooked and spent the years between 2013 and 2021 as backup ‘keeper at Monaco, Sampdoria and Manchester United.

Podolski was an idol at Koln. But – sorry Koln fans – being an idol at Koln doesn’t mean you’ve had a stellar club career. And neither do relatively average spells at Bayern Munich and Arsenal, even if you score a few crackers along the way.

But 49 goals in 130 Germany caps and a World Cup winner’s medal? That’s special.

After graduating from the Manchester United academy – making just one appearance for the first team – David Healy had a career that very much falls into the category of ‘solid but unspectacular’ in British club football.

He did well at Preston but was regularly played out of position at Leeds and his latter spells at Sunderland, Rangers and Bury were eminently forgettable. Never did he get more than 15 goals in a Championship season.

For Northern Ireland, though, Healy was a colossus. He overtook his nation’s previous record goalscorers Billy Gillespie and Colin Clarke within five years of his international debut and went on to rack up a magnificent 36 goals in 95 caps.

Highlights of that glittering international career include a winning goal against England in 2005 and an unforgettable hat-trick against Spain the following year.

Much maligned by fans, much loved by managers, Heskey was a mainstay of the England team between 1999 and 2010, winning 62 caps.

Though not a goal-getter, he managed 11 assists and provided the perfect foil for Michael Owen.

Of that double act, Heskey told FourFourTwo: “We just clicked as a partnership. It was back in the day when the big man-little man front two was in fashion. We were both very quick, I was physical, and he was prolific, so it just worked.”

Heskey will always be able to look back on the famous 5-1 win over Germany in Munich in 2001, too, a night so special ‘even Heskey scored’, as England fans sing. 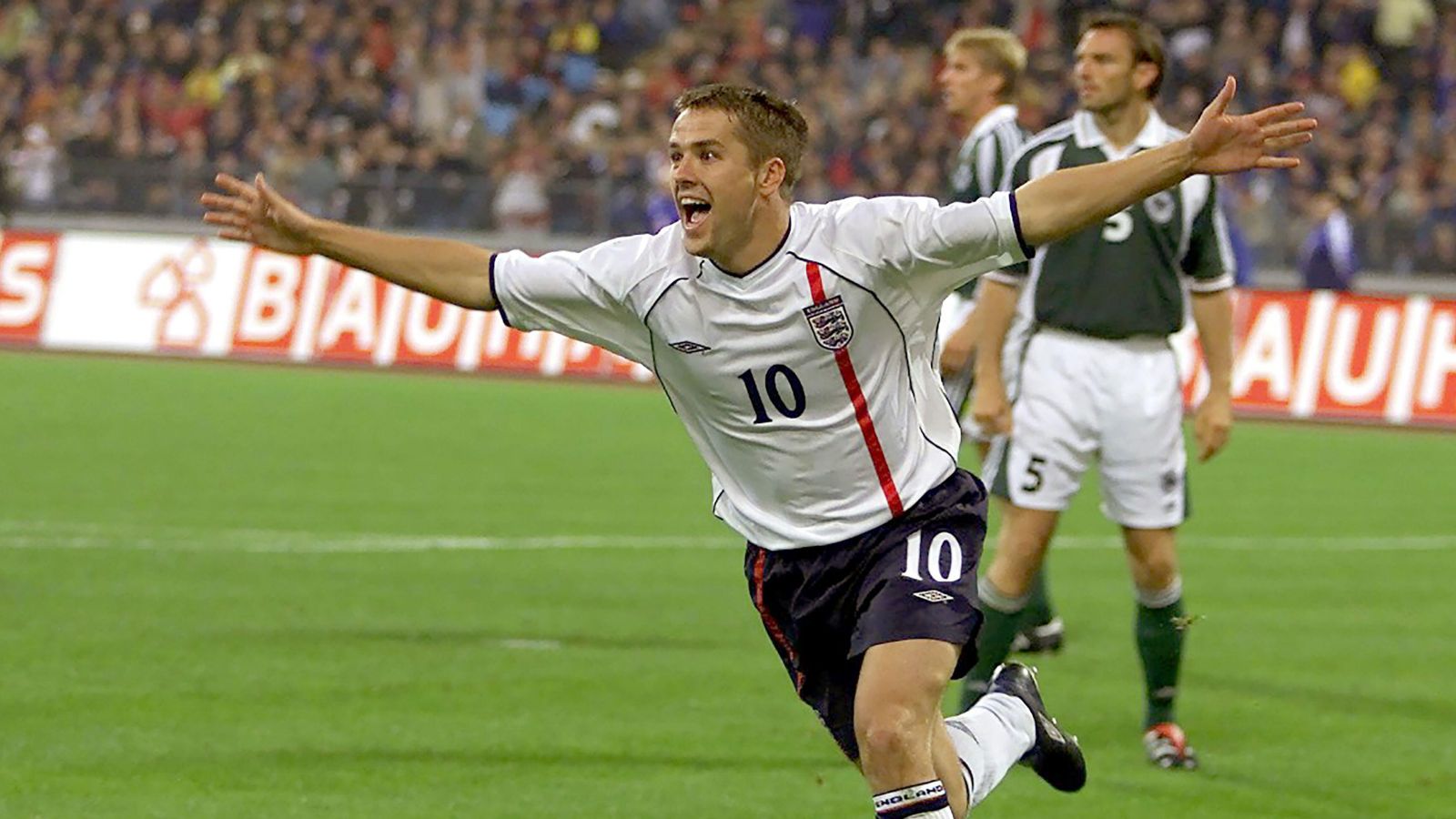 Grosso will forever be revered by Italy fans as the man who scored the winner in the 2006 World Cup semi-final and a penalty in the successful final shootout against France. He also stood out at Euro 2008, as the Azzurri reached the semis, losing to Spain on penalties.

He never really stood out at one of Italy’s biggest clubs, though. A spell with Inter ended after a single season and at his last club, Juventus, he was frozen out by Antonio Conte after refusing to be transferred in the summer of 2011. Come the summer of 2012, he decided to call it a day.