11 players you forgot ever played for Liverpool: Cresswell, Kasami & more 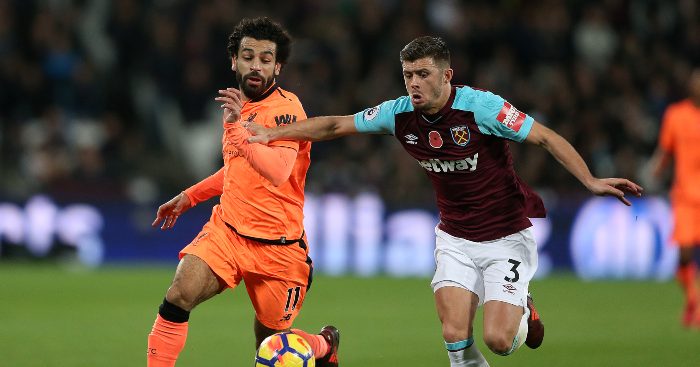 Liverpool have produced some first-team mainstays through their academy, as well as making memorable signings, but no club is immune from the “wait, he was there?” curse.

For every Steven Gerrard and Jamie Carragher, there’s a youth teamer who did his good work elsewhere. For every Fernando Torres and Luis Suárez there’s a top player who had a short and unmemorable spell at Anfield.

Not sure what we’re getting at? Allow us to present a few examples.

Born in Merseyside, Cresswell was on the books of his boyhood club until the age of 15, when he was released from Liverpool’s academy.

“I was devastated,” Cresswell told the Daily Telegraph in 2016. “As a kid, you are in a bubble of playing for Liverpool. It was all I had done for two years and I had enjoyed it so much. It wasn’t about a job, or thinking, ‘I won’t make it.’ It was about playing for the club I supported.

“My dad said, ‘It is not the end of the world. Go back with your mates. Just play with a smile on your face and enjoy it’. That’s what I did. I went back with the lads.”

The left-back dropped down the divisions to join Tranmere Rovers before working his way back up the football pyramid and returning to the Premier League by joining West Ham, where he also became a senior England international.

We remember Kasami for scoring a banger with his wrong foot for Fulham in 2013 and then repeating the trick for Sion five years later, but we absolutely did not remember he’d spent some time with Liverpool.

Well, he did. Having started his youth career with Winterthur in Switzerland he moved to Grasshoppers in 2006 and then spent eight months on loan at Anfield a couple of years later only for paperwork to scupper his chances of winning a permanent deal.

“It went well but I had some problems with my documents because I was very young,” Kasami said in 2013, recalling his time on Merseyside.

“I have fond memories of my time up there. I met a lot of good people. I played two friendlies for the reserves, with players like Steven Gerrard, Fernando Torres and Xabi Alonso.”

For Kasami, see Kačaniklić. We remember him at Fulham, sure, but we had no idea he’d been at Liverpool as a youth team player until he told a hilarious story about how Roy Hodgson apparently sold him by accident.

He moved heaven and earth to get Paul Konchesky from Fulham, of course, and allowed two academy players – Kačaniklić and Lauri Dalla – to go the opposite way in return, but according to Kačaniklić it was actually Alex Cooper who Hodgson had intended to move.

Kačaniklić, by now playing for Hammarby in Sweden, told the Lundh podcast in 2019: “It was a bit difficult for Liverpool to replace me.

“When I was in Fulham and before I signed up, I had a conversation with Roy Hodgson on the phone, where we found out that he had changed the wrong Alex.

“In his head, he thought he changed another Alex for Konchesky. But then it was too late. It’s a little funny.

“Then he just told me I was welcome back in Liverpool with open arms, but that I should do what I felt.

Paletta played in Serie A for eight years with Parma and Milan, also playing for Italy at the World Cup in 2014.

Born in Argentina, he’d started his career with Banfield and made his name at Boca Juniors before heading to Italy, but he’d actually already played to Europe by that point.

You might well have forgotten it ever happened, but Paletta joined Liverpool from Banfield as a 21-year-old in 2006 and played eight times for Rafa Benitez that season before returning to Argentina to start again.

Everyone was reminded of it when Pellegrino took over as Southampton manager in 2017, but prior to that you could have been forgiven for not remembering the Argentine had spent six months at Anfield in the second half of the 2004-05 season.

Benitez had worked with the centre-back previously at Valencia, but the fact the Spanish club were willing to grant him a free transfer halfway through the season should perhaps have set off some alarm bells.

Still, Pellegrino played 13 times for the Reds before returning to Spain to make a handful of appearances for Alaves and then retiring.

In the summer of 2007, Liverpool signed not one, not two, but three Hungarians through a partnership with MTK Hungaria as they looked to tap into an emerging market following the success of the country’s Under-17 team.

If you want to know more, you’ll be delighted to learn we spoke to Németh and Simon about their time at Anfield in 2018.

Best known for making the transition from physiotherapist to manager, Adkins spent his playing career as a goalkeeper in the lower reaches of English football before a spell with Bangor City in Wales.

But he was initially on the books at Liverpool, where he was released as a teenager having failed to break into the first team.

Prior to his return to Anfield as Southampton manager in 2012, Adkins said: “I remember training with Ray Clemence, I remember saving a penalty from Graeme Souness in a practice game.

“You are alongside Alan Hansen and Kenny Dalglish in the small-sided games. As a kid you were just involved and joined in, which was great. It was good memories of being at Liverpool.”

Chamberlain is best known for his time with Watford, playing more than 200 games for the Hornets and sticking around until he was well into his forties.

However, before joining the club as an already-experienced 32-year-old, he had a stint at Anfield in 1995, coming in as cover after Michael Stensgaard suffered a freak injury involving an ironing board.

He was on the bench for the 1995 League Cup final, when Liverpool beat second-tier Bolton by two goals to one, though he never actually made a competitive appearance for the Reds.

Which is fair enough, because he never actually played for them, but he did progress through the youth ranks at Anfield and turned professional there. He was on the bench for the 1990 Charity Shield, too, but that was as close as he got to ever getting on the pitch for the Reds.