13 players you had no idea were Barcelona academy graduates 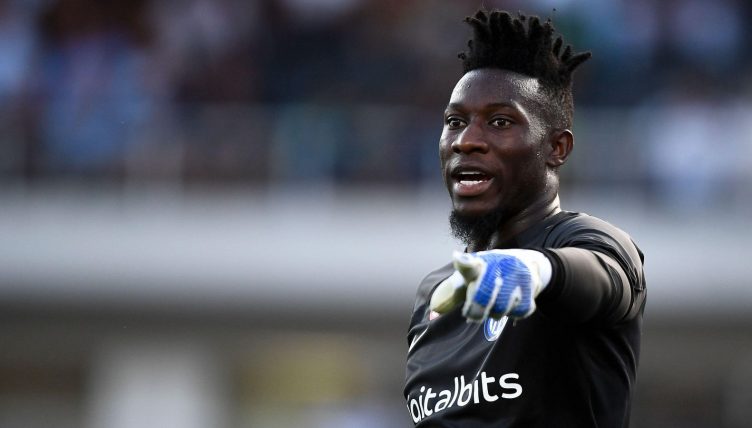 Barcelona’s La Masia academy is one of the finest football schools on the planet – so much so that players who learn their trade there often go on to excel in the professional ranks without making a mark on the Barca first team.

While players like Lionel Messi, Xavi and Iniesta have come through the Catalan club’s academy and then become legends at Barca, there are plenty who’ve had to move away but still forged respectable careers.

Here, we’ve brought together 13 players who you will have heard of, but probably had no idea – or had completely forgotten – were alumni of La Masia.

The path between Barcelona and Ajax is well trodden – but it’s usually in the direction from the Netherlands to Catalonia. Onana did the opposite, moving to the Amsterdam club in 2015 after five years in the Barcelona youth ranks.

The way he plays is exactly the way you would imagine for a goalkeeper with those clubs on his CV, too – bold, brave, always looking to make an extra passing option for his defenders and get his foot on the ball as well as his gloved hands.

Those abilities saw him help Ajax to five major trophies as well as a Europa League final and Champions League semi.

Onana missed most of the 2021-22 season for a harsh drugs ban, handed down after he mistakenly took one of his wife’s diuretic pills, which contained a forbidden substance.

He’s now back in the game, however, and has moved to Inter Milan, where he’s looking to win even more shiny pots.

An absolute legend at Villarreal, where he’s played well over 400 games, Trigueros spent a single season with the Barcelona Under-18s in 2007-08.

He barely got in the team and moved on to Murcia before signing with Villarreal – initially playing for the C team. He’s since established himself as one of the most reliable midfielders in La Liga and was even linked with a move back to Barca in 2021.

… from the half-way line.

Yeah, him. The very same. Spent almost a decade at Barca as a youngster. Even made seven senior appearances.

Best remembered on English shores as a Tottenham Hotspur hero – more for the outrageous goal he scored against Arsenal while playing for Zaragoza in the 1995 Cup Winners’ Cup final than what he did at the Lane though. 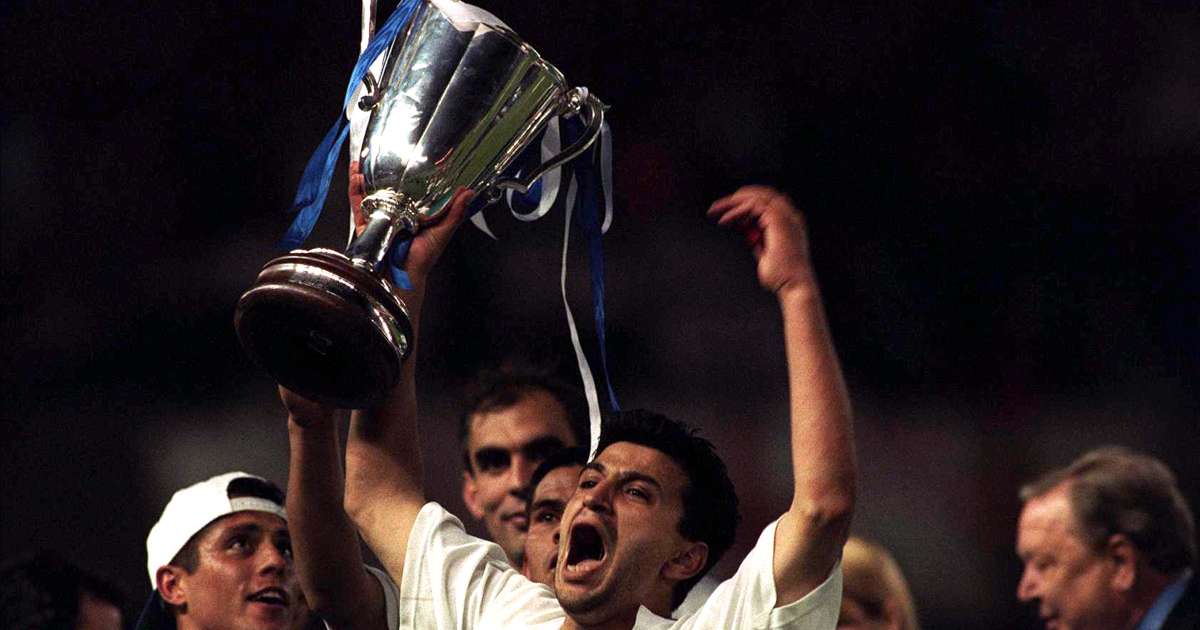 Current Arsenal boss Mikel Arteta spent five years at La Masia, playing for the Barca C and Barca B, but never getting a first-team runout. He moved on to PSG, before excelling on the British Isles with Rangers, Everton and Arsenal.

“I was living in La Masia, it was bedroom of eight and I had Pepe Reina, Victor Valdes, Andres Iniesta and Carles Puyol, all in that bedroom,” Arteta said in 2019.

He said: “What I learned at La Masia was that internally there was competition, as we all had the same aim, to be first-team players, and we could not all of us get there, so it was internal competition.

“But what I learned as well that within that competition you really have to understand that you have to look after each other.

“And that was a big lesson in the period for me. Some of them are still my best friends and that is because you go through stuff that is really important, key moments in your career that stays for life and those relationships are unbreakable.”

We’ve already given the game away with that Arteta quote, haven’t we? Anyway, Reina actually played 30 games for Barca, by far the most of anyone on this list.

But we still find it even harder to picture him with the Barca badge on his chest than we do to imagine him with hair. Remarkably, both things occurred concurrently.

Before moving to PSG and becoming more of a celebrity than an actual footballer, Icardi was one of the most lethal striker in Serie A, scoring 124 goals in 219 games for Internazionale.

He’s possibly the least Barcelona forward we can imagine. Icardi rarely did much work off the ball or outside the penalty box when his team was in possession, preferring to lurk menacingly around the six-yard box and wait for chances to pounce upon.

Still, he was at Barca for three years after moving from his native Rosario in Argentina to Catalonia as a teenager. We feel like someone else has trodden that same path with more success. Can’t think who though.

You can definitely picture him in the red-and-white stripes of Southampton. If you close your eyes you can even see him in Chelsea blue. But in the red and blue of Barca? No chance.

Yet it did happen – Romeu even played twice for the first team at Camp Nou, making his debut in the 2010 Spanish Super Cup loss to Sevilla, six years after joining Barca from local rivals Espanyol.

An absolute favourite of purveyors of transfer gossip, Grimaldo has developed into a fine attacking left-back at Benfica, winning three Primera Liga titles and three cups.

But it was not at the famed Benfica academy where he cut his teeth. Grimaldo came through La Masia, spending eight seasons with the club, four in the youth teams and four playing for Barca B in the Spanish lower leagues.

Another one who’s been linked with a move back to Barca, and we wouldn’t be that surprised if it actually happened.

Born in Catalonia to Senegalese parents, Balde’s talent was spotted at a young age and taken in at La Masia. But an ice cube ruined his chances of making Barcelona’s first team.

When he was 15, Balde reportedly put an ice cube in a team-mates bed as a practical joke. A pretty tame practical joke, if you ask us. But Barca massively overreacted, sending him out to satellite club Cornella for a season and handing some of his playing rights to Cornella in the process.

Balde went on to score 47 goals for their youth team and Barca quickly decided they wanted him back. Except Balde didn’t want to go – and we don’t blame him.

He instead moved to Lazio, where he forged a solid reputation in Serie before moving on for spells at Monaco, Inter, Sampdoria and now Cagliari.

We love Bellerin. Football’s favourite hippy. And definitely more closely associated with Arsenal, Real Betis and snazzy clobber than he is with Barca – even if he rejoined the club in the summer.

Seriously though, Bellerin is a man of principle, one of the very few people in the game who are willing to speak out on football’s hugely damaging impact on the planet. 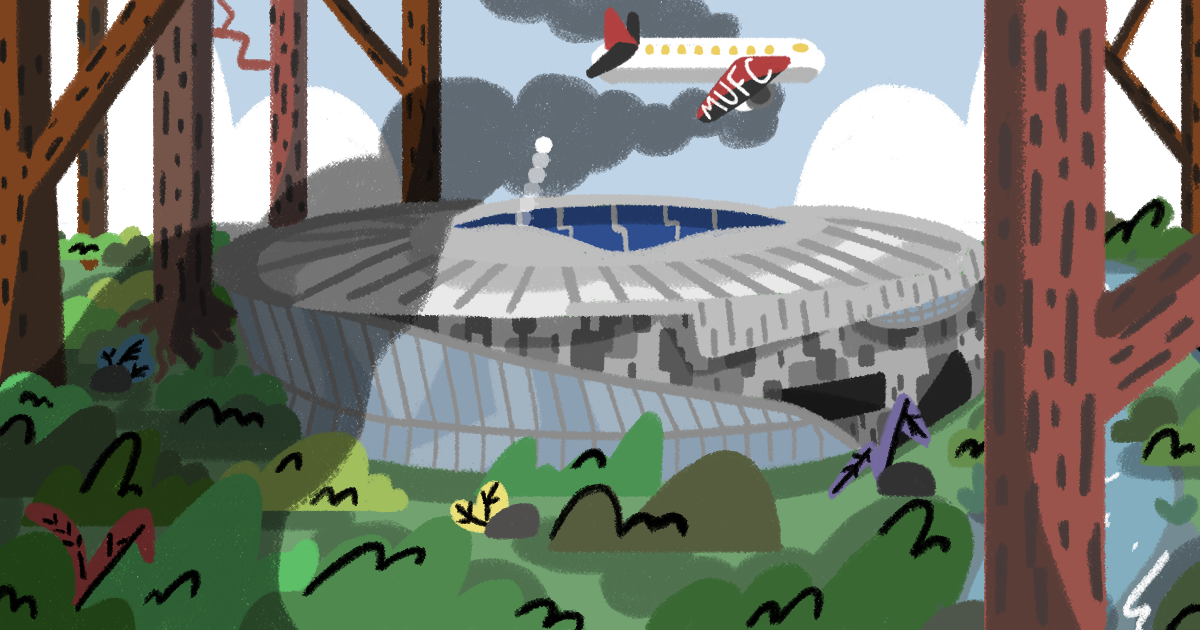 READ: Football & climate change: Why the beautiful game is not doing enough

Cucurella is really good. But £63million good? Who knows anymore? We suppose his value is whatever Chelsea deem him worthy of spending.

Anyway, Cucrella spent eight years on the books at Barca, playing for the youth teams and Barca B and making a single senior appearance as a sub for Lucas Digne in the Copa del Rey.

Given his football education, though, it was little wonder he excelled in the Premier League with Brighton following spells with Eibar and Getafe. The attacking instincts and ball control he learned at La Masia certainly stood him in good stead for Graham Potter’s slick Seagulls side.

After moving to Chelsea, he called his time at the AMEX “maybe the best year of my career.” Potter will be hoping he can recapture that form at Stamford Bridge.

Mir is still only 25 but has already had a weird and winding career.

Barca was one of five clubs he played for as a youngster, before making his senior debut for Valencia in 2017. He then moved to Wolves in January 2018 after scoring 15 goals in 19 games back in the Valencia B team (and yes, before you ask, he is a Jorge Mendes client).

But he couldn’t get into the Wolves side under former Valencia boss Nuno Espirito Santo and was loaned out to Las Palmas, Nottingham Forest and Huesca.

After helping Huesca reach La Liga, he finally came good on the promise he’d shown at Valencia, scoring 13 La Liga goals in his first full season in the top flight and earning himself a move to Sevilla, where his good form has continued.

Moreno is another one who spent a single season at La Masia and has gone on to form a solid if unspectacular career across the top two tiers of Spanish football.