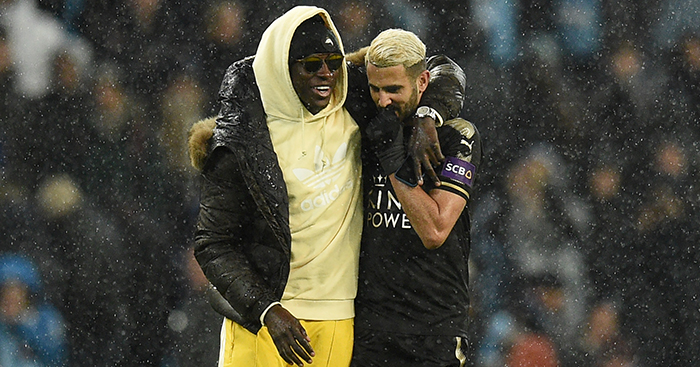 Most people know that Eden Hazard started his career at Lille, that George Weah once played for Manchester City or that Ronaldinho was at PSG – but it’s easy not to realise some of the players they played alongside.

Whether it be a legend playing alongside a youngster for a season before retiring, or a player heading out on loan early in their career, there are probably hundreds of examples in football of unlikely team-mates.

These pair are lighting up the Premier League for rival London clubs these days, and you can’t help but wonder how much better either Chelsea or Arsenal would be if they had the other player at their disposal.

Lille didn’t have to wonder in 2009 when they signed Aubameyang on loan from Milan for the season, but unfortunately for them the Gabon forward wasn’t quite the monster he is today.

Aubameyang scored just twice in 24 appearances, in fact, and would not find form for another couple of years until the 2011-12 season when he scored 18 goals for Saint-Étienne.

Hazard, meanwhile, was in only his second season as a regular for Lille and would remain in north France for another two years before his move to Chelsea.

“It was an honor for me to play alongside him!” Jesus wrote on Instagram following the retirement of Ze Roberto, who he had played alongside at Palmeiras, at the age of 43.

“A ‘craque’ on and off the field, it’s no wonder he has won everything he has today. A brilliant career, worthy of much respect and admiration!

“Thanks for all our conversations and all those snack reviews! Football loses an incredible player, but thank you for representing the profession so well. I was already your fan, after I met you, I came to admire you much more. I’m your fan.”

Mendy is still only 26 but, having started his career at Monaco, the Leicester midfielder had the chance to play alongside the legendary Giuly.

Giuly had made a surprise return to Monaco at the age of 35, despite the club having just suffered relegation Ligue 2, captaining the side to promotion before joining Lorient after just a year.

For some reason, we regularly have to remind ourselves that King is Norwegian, not English, and that he began his senior career with Manchester United, not Blackburn Rovers.

Suffice to say, then, we definitely need reminding, that King has actually played alongside Reus having made a couple of appearances out on loan for Borussia Monchengladbach in 2011-12.

Reus scored 21 goals that season and was named the Bundesliga Player of the Season, earning himself a move to Borussia Dortmund, where he has been ever since.

Gudjohnsen is a man who transcends eras and can lay claim to having played with both the original Ronaldo and Lionel Messi.

He is football’s equivalent to Forrest Gump.

These days, we’re all focused on Pochettino’s wonderful management and even more wonderful hair, but not so long ago he was a very good footballer, spending a large chunk of his career in Spain with Espanyol and winning 20 caps for Argentina.

He also spent a season at Bordeaux, where a young Chamakh was enjoying his breakthrough season in the first team. In fact, while Pochettino only played 16 times that season, Chamakh was a regular, scoring 10 goals in 35 appearances.

So if you see Pochettino talking to Chamakh when Spurs play Cardiff City, now you’ll know why.

Ronaldinho played alongside several players at PSG that would go on to make names for themselves in the Premier League, including Pochettino, Gabriel Heinze…and Filipe Teixeira.

In his first season in Paris he was also joined by Arteta, who was getting his first taste of senior football on loan from Barcelona before leaving Catalonia permanently in 2002 for Rangers.

Wright-Phillips was a big-money signing for both Chelsea and Manchester City in the early days of their respective periods of new riches, but he had already made 181 appearances for the latter when he returned there in 2008 having started his senior career at Maine Road.

And though he would play alongside plenty of stars during the Roman Abramovich and Sheikh Mansour eras, it was when City were still a bit rubbish that Wright-Phillips got to play alongside a FIFA World Player of the Year.

Unfortunately, as good as that sounds, it’s fair to say Weah was past his best by this point and departed after just 11 games.

When Manchester City finally signed Mahrez from Leicester City, you could be forgiven for not realising they were actually reuniting the Algerian with Mendy.

The pair both made their names in Ligue 2 with Le Havre, playing together for a couple of years before Mendy moved to Marseille in 2013.

Mahrez left a year later for Leicester and then moved to the Etihad Stadium in 2018, a year after Mendy had done the same via Monaco.

None of this trio may have been in their prime during Cole’s season at Lille, but that doesn’t stop us imagining they were. 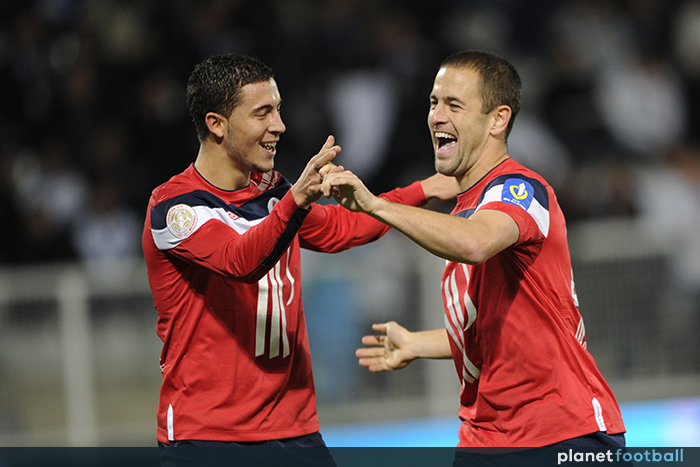 Adam made his senior debut for Rangers in a 1-1 draw at Livingston, replacing Ronald De Boer late on to line up alongside Frank.

Despite being something of a meme, Adam has always been a decent footballer and has enjoyed a good career, but you still have to wonder what the De Boer brothers made of a young, gap-toothed Scottish lad who, you assume, enjoyed a pint or two even back then.

Maradona and Riquelme at Boca. pic.twitter.com/WOlnCgaZkC

We had absolutely no idea that Demel, who spent four years at West Ham alongside the likes of Aaron Cresswell and Carl Jenkinson, had ever played for Arsenal.

Well, he didn’t technically, though he did spend a year on their books at the turn of the millennium, failing to make a first-team appearance after being signed from Nimes.

It just so happened that season coincided with Lukic’s surprise return to Arsenal’s starting XI, a month shy of his 40th birthday, due to a injury crisis among the Gunners’ goalkeepers.

Lukic had won the title with Arsenal in 1989 and made his senior debut at Leeds a decade earlier in 1979. Demel’s last appearance as a professional was with Red Star in 2017.

8 pairs of team-mates who hated each other ft. Man Utd, Liverpool & Arsenal