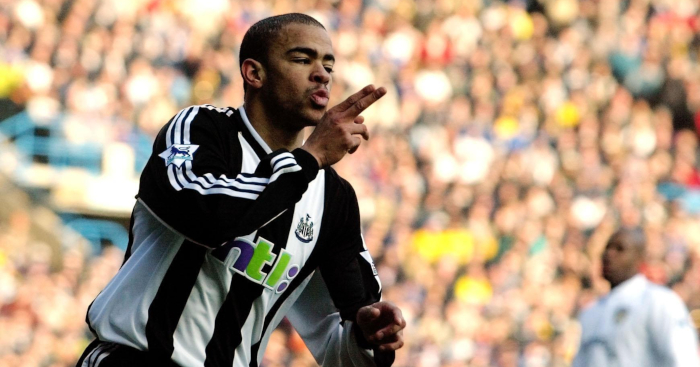 The history of Leeds United can be characterised by near misses – and the same applies in the transfer market for the Whites.

Whether it be narrowly missing out on glory or just failing to get a landmark deal over the line, Leeds fans are not short of tales of woe to regale you with.

We’ve taken a closer look at 13 signings that slipped through the net and, where applicable, who they signed instead.

We might as well start with one of Leeds’ most famous transfer tales, which dates back to 1987.

How much Leeds were ever really ready to pull off a deal to sign Maradona, just a year after he had inspired Argentina to World Cup glory, remains unclear.

Director Bill Fotherby was happy for the world to believe the Whites, languishing in Division Two, really were about to complete a remarkable £8million deal to sign England’s nemesis from Napoli, with the reports around the transfer giving Leeds some rare good publicity and prompting a spike of interest from sponsors desperate to be involved in the story.

Fotherby had set the wheels in motion thanks to a chance meeting with one of Maradona’s agent and seemed to increasingly convince himself that the deal was a possibility until the plug was finally pulled.

That the move failed to materialised never really mattered to Fotherby, Leeds were back on the map.

The first of three missed signings from the Massimo Cellino era – and it really could have been more – Pavoletti is best remembered in Leeds for sparking one of the tweets which summed up the club’s banter era rather succinctly.

With Pavoletti’s arrival from Sassuolo set to be imminently confirmed on deadline day of the summer transfer window in 2014, Leeds’ official twitter account urged fans: “Don’t go to bed just yet…there is still work to be done.”

Even defender Jason Pearce responded, tweeting: “Oooooo this is decent…..”

The poor soul who ran the club’s social media was then left with egg on their face as Pavoletti backtracked on the move, and Leeds’ went on to confirm the sales of top scorer Matt Smith and academy graduate Dom Poleon.

Leeds reignited their interest in the Italian, who recently scored on his international debut, the following January, only to instead end up with Edgar Cani, who played all of 49 minutes for the club.

Two years later, Napoli signed Pavoletti for €18million after the striker had shone in Serie A at Genoa.

Having already signed Rio Ferdinand from West Ham, Leeds were keen to reunite the defender with his former team-mate Lampard in 2001.

The Sun reported at the time that Leeds – in the midst of their ominous spending spree at the time – were lining up a £10million move, while The Telegraph carried news that West Ham rejected two bids around the £12million mark from unnamed clubs.

Lampard ultimately swapped east London for west by joining Chelsea, and Leeds instead completed an infamous deal for Seth Johnson.

Given the furore around ‘Spygate’, it’s safe to say Lampard isn’t the most popular figure at Elland Road.

French scout Christophe Demougeot revealed Knockaert was once on trial at Leeds before the winger had made his senior breakthrough in France.

“I thought we had lost him to Leeds because I had already been following him for a while,” Demougeot told The Argus in 2016. “I was on to him as soon as he arrived at Lesquin.

“He was on trial at Leeds. That didn’t go so well. He preferred to return to France. We took him on trial in July, signed him in December and we allowed him to finish his season at Lesquin before joining us at Guingamp in the summer of 2009.”

Knockaert eventually moved to England in 2012, joining Leicester City, before helping Brighton win promotion as Championship Player of the Year in 2016-17.

Another from Cellino’s first summer as Leeds owner, Viviani was ready to put pen to paper on a season-long loan deal from Roma before being in attendance as Dave Hockaday’s side were beaten 2-0 by Mansfield in a pre-season friendly and sensibly deciding ‘f*ck that’.

It’s hard to blame him. 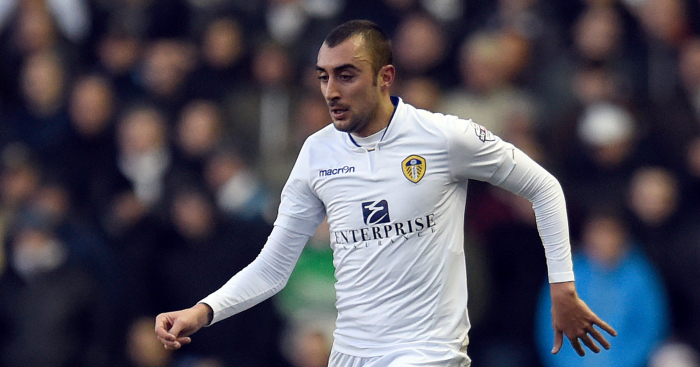 READ: Where are they now? The 18 Leeds signings in Cellino’s first full season

Possibly the only footballer in history who could intimidate Leeds fans, in June 1993, Dundee United vice-chairman Doug Smith revealed a £3.25million bid had been accepted from the Whites for Ferguson.

“Terms have been agreed between ourselves and Leeds and as far as we are concerned it is between Leeds and Ferguson,” he said.

Ferguson. however, instead joined Rangers, where he later served a jail sentence while at the club following an on-pitch assault of Raith Rovers’ John McStay.

And Leeds turned their attentions to Sheffield United forward Brian Deane, who became a fan favourite during his initial four years at his boyhood club.

Given his taste for a bit of sh*thousery from central midfield, you could imagine Van Bommel would have been quite popular among Leeds fans.

Any chance of him being a fan favourite, however, was dashed as he responded to reports of a £15million bid from Leeds by saying: “I have heard about Leeds, but if I move to England, I want to go to Old Trafford.”

He then went on to tell The Sun prior to PSV’s meeting with Leeds in the UEFA Cup: “Leeds are not big enough for me. I want a team who will always be in the Champions League.

“I know I have to perform well and help Eindhoven knock Leeds out of the UEFA Cup in order to help me get to England.

“I want to play in the Premiership. That is my aim and this is my big chance to prove it. I have to impress if I am going to secure a big contract with a Premier League club.”

True to his word, PSV went on to beat Leeds 1-0 thanks to Jan Vennegoor of Hesselink’s 90th-minute winner in the second leg.

Leeds’ failed attempt to sign Van Bommel came after they had already missed out on the midfielder’s PSV team-mate Van Nistelrooy.

According to a Daily Mail report on David O’Leary’s interest in Van Bommel, the Whites boss “was as impressed with Van Bommel’s blossoming game back then as he was with star striker Ruud van Nistelrooy, a Leeds target well before he agreed to join Manchester United for £19million”.

To be fair to the club on this one, it’s not like they had a shortage of strikers at the time, as Mark Viduka, Alan Smith, Robbie Keane, Robbie Fowler, Michael Bridges and Harry Kewell will attest.

The final of the trilogy from Cellino’s tenure we’ve included in this list, the Italian made a public pursuit of his fellow countryman in 2015.

Leeds had reportedly agreed a fee with Watford only to fail to settle on personal terms with Forestieri as Cellino criticised the forward’s “mentality” – insisting the breakdown was nothing to do with the Whites being unable to afford the player’s wages amid scepticism a deal was always unlikely.

Forestieri instead joined Sheffield Wednesday, aiming a dig at Cellino after the Owls beat Leeds 2-0 later that season.

Leeds did, however, manage to complete a deal for Jordan Botaka after failing to land Forestieri, although they didn’t get much value out of the winger’s 13 league appearances.

Great win today! The whole team had the "right mentality" to win the 3 points!!! Thanks for all your support! 😀😀😀🔵⚪️ pic.twitter.com/wH31KP2zbQ

“Leeds tried to sign me at the same time as Newcastle. That made it a game I really relished.

“I remember we signed Jonathan Woodgate from Leeds and I said it was about time he joined a ‘real club’. The Leeds fans went mad at the time. I received plenty of stick when I went to Elland Road.

“They were my favourite team to play against. I always did well against them.”

After attempting to sign Dyer from Ipswich Town prior to his move from St James’ Park, Leeds reignited their interest in the winger around 2001. Reports from the Daily Mail suggested a £15million bid had been rejected, with the Whites contemplating whether to up the offer to £20million.

Dyer instead scored three times against Leeds and made a habit of tormenting Ian Harte whenever he faced the West Yorkshire club, helping Newcastle beat Leeds to a Champions League spot in 2001-02 – a fatal blow to the club’s precarious finances.

In their first season back in the Championship, Leeds sat second on Christmas Day and headed into January 2011 as genuine promotion contenders.

They had a vibrant attack, but manager Simon Grayson was well aware they needed defensive reinforcements and wanted to push through a deal for Ipswich Town centre-back McAuley.

“They only wanted three or four hundred grand for him,” Grayson recently told us. “The board decided we didn’t need anybody and McAuley was too old.”

Leeds waited until after the transfer window had closed before signing young midfielders Barry Bannan and Jake Livermore on loan; they dropped out of the promotion race entirely, finishing seventh.

Seven years later, McAuley was still playing in the Premier League for West Brom and internationally for Northern Ireland. 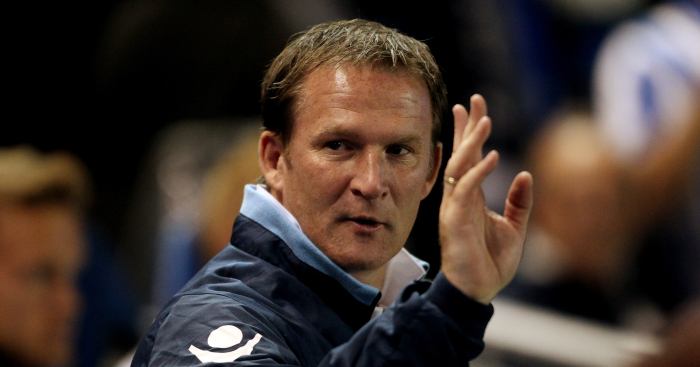 The most recent name on this list, Leeds made James their primary target for the January transfer window in 2019 to compensate for the loss of Samuel Saiz to Getafe.

James was all set to be unveiled on Deadline Day, reportedly having his squad photo taken at Elland Road, before Swansea chief Huw Jenkins refused to sanction the sale due to supporter unrest.

Jenkins promptly resigned afterwards, while Leeds and James were left to rue a missed opportunity.

A player Leeds tried to sign not one but twice, the West Yorkshire outfit failed to land Beardsley from Vancouver Whitecaps in 1983, when the forward instead joined Newcastle, and again in 1991, when he swapped Liverpool for Merseyside rivals Everton.