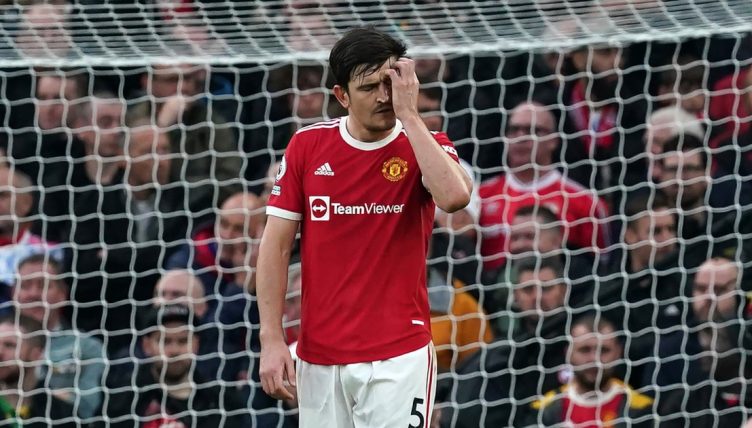 Ole Gunnar Solskjaer has a lot of problems to deal with at Manchester United – but their defensive weaknesses might just be the most concerning.

Despite Raphael Varane’s arrival and David de Gea’s impressive form, United have struggled to keep clean sheets this season and were recently humiliated by Liverpool.

We’ve taken a look at 13 stats that demonstrate just how poor they have been at the back in 2021-22.

– United have conceded 15 goals in nine Premier League games, averaging 1.6 goals per game. If they maintain this rate throughout the season, they’ll finish with 63 goals conceded.

– Only Norwich, Newcastle, Leeds and Watford have conceded more Premier League goals than them this season.

– United conceded five Premier League goals in 50 minutes against Liverpool, more than Chelsea and Manchester City have conceded in 810 league minutes in 2021-22.

1 – Over the last 20 matches in all competitions of each current Premier League side, Manchester United have registered the fewest clean sheets (1), with only Newcastle (37) shipping more goals over their last 20 games than the Red Devils (34). Sticking. pic.twitter.com/Y7TwQSSnJ2

– After conceding in all of their last eight games in 2020-21, Solskjaer’s side have kept just one clean sheet in 13 games across all competitions in 2021-22.

– United haven’t kept a clean sheet at Old Trafford since April 2021, a run that includes 13 home games in all competitions.

– United made just five tackles during their 5-0 defeat to Liverpool and no team has made fewer than that in a Premier League game this season.

– In the game against Liverpool, United trailed by four at the interval for the first time in Premier League history.

Gary Neville, like the rest of us, is struggling to understand what Manchester United’s structure is meant to be pic.twitter.com/RVS9oL9rti

– No side has made more errors leading to shots in the Premier League than United (8) this season.

– Opposing sides have had 43 shots on target against United in the Premier League in 2021-22, only six teams have faced more.

– The club rank 14th for distance covered in the Premier League this season and have been outrun in seven of their nine league games.

– Only Wolves, Tottenham, Newcastle and Norwich have made fewer team presses than United in the Premier League this season.