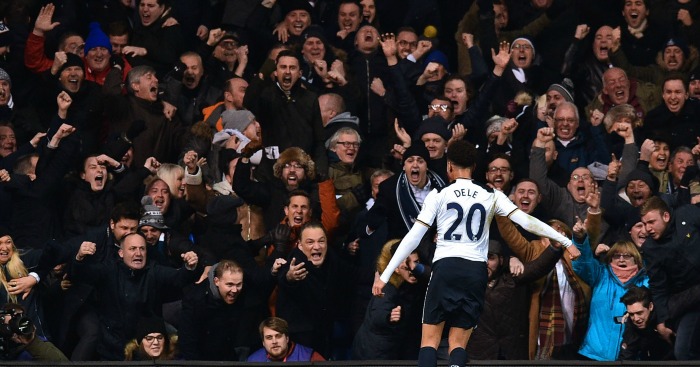 There’s nothing like that buzz as you start your Saturday afternoon knowing you’re going to see your football team play.

Whatever the level and no matter how the game may go, the pre-match anticipation is a unique feeling, and one which makes us all do weird things before, during and after the game.

So, after sympathising with the armchair fans, we’ve now turned out attention to the match-going fans and the idiosyncrasies of a game day.

Lucky pants, a particular breakfast, a pint (or five) in the pub, walking through the same turnstile, touching the block number like it’s the ‘Welcome to Anfield’ sign – not all or even any of these may apply to you, but we guarantee every football fan will have some sort of routine or matchday ritual they simply have to stick to.

Nobody else will believe it, of course, but you just know that home defeat to Sunderland was because you’d changed your socks…

As a match-going fan, the actual football match can regularly prove to be the worst part of the day out.

Probably the best is that time spent beforehand, whether it be in the pub, on the train or in the concourse, full of hope, excitement and anticipation.

And then your team concedes in the first minute…

On those rare occasions each season when your team doesn’t mess it up in the derby, the cup or the title decider, the joy you experience in the hours after the game is like no other feeling in life.

At best, the beef content might be 50%. You know you shouldn’t, you know you ought to have eaten something healthier before you came out, but it’s somehow impossible to resist the temptation of that greasy pre-match burger. Or possibly the red-hot pie that will fall apart and burn the roof of your mouth.

Whatever it is, every football fan will eat something on a Saturday they wouldn’t dream of on any other day – and they’ll bloody love it.

The lady with a hundred badges on her scarf, the old boy who has sold programmes from the same spot for 20 years, the steward who you give a nod and a wink but never speak to…you don’t actually know any of them, but there’s something immensely comforting about seeing the same faces every other Saturday. 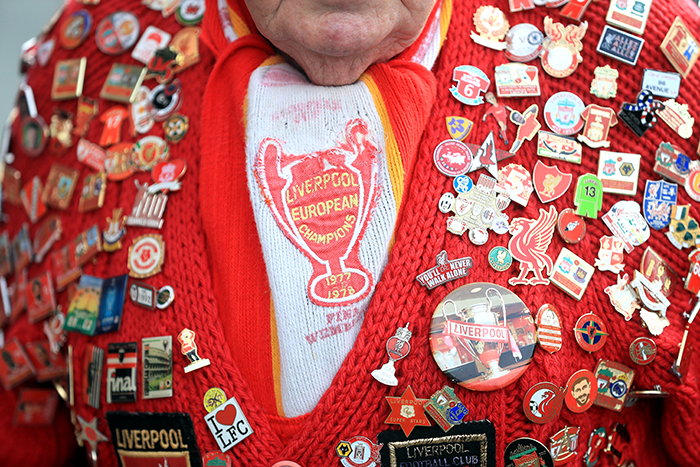 You might laugh at first, but when you’re wearing your finger out trying to refresh Twitter, that man has just heard the team directly above yours in the league has just conceded. Who’s behind the times now, eh?

If you’re nowhere near the aforementioned man with a radio and your team has just conceded a dodgy penalty, now’s your time to be a hero.

If you can somehow manage to get Twitter to load, you can be the one to break the story to everyone around you: “Phil Thompson on Sky says it was a definite dive.”

You are now everyone’s best mate.

For literally 99% of the time, mascots are rubbish. But that one day yours ran away with the opposition’s head? Absolutely legendary.

Plenty has changed in football over the years, but one tradition remains – that of giving the opposition goalkeeper a polite clap as he jogs to take his place between the sticks.

There’s nothing to say he won’t have abuse hurled at him for the next 45 minutes, of course, but it’s a rare moment of heart-warming loveliness.

Clapping headers back to the keeper

Back in 1992, an inventive header (or chest) back to the goalkeeper was guaranteed to get the fans off their seats. Why, because it had just been made illegal for goalkeepers to pick up a regular back-pass.

Nearly 30 years on, a header back to the keeper is still greeted by a healthy round of applause. It’s often one of the most simple things a player can do, but for some reason it never fails to impress.

For the majority of goals your team score, your celebration is a pretty standard jump, cheer, shout and long clap above the head.

But you can’t be held accountable for your actions after a crucial goal in a big game.

Hugging and kissing people you’ve never met, taking your shirt off, climbing on your seat or barging people out of the way to run down the stairs.

Those shin grazes from the seat in front are 100% worth it.

Celebrating a goal is OK, but is there anything better in life than catching a ball kicked into the stands?

Or being that fan that headed it straight back? You’re a hero for life, mate.

Being able to say you were there

There are plenty of times when you envy the people sat at home. They’re warm, they’ve saved £40, and they haven’t got a four-hour trip home from Norwich after a 2-0 defeat. The lucky sods.

But actually being there the day your team finally won at Old Trafford, the day they got promoted or the day they stayed up, that’s an experience you’ll never forget.