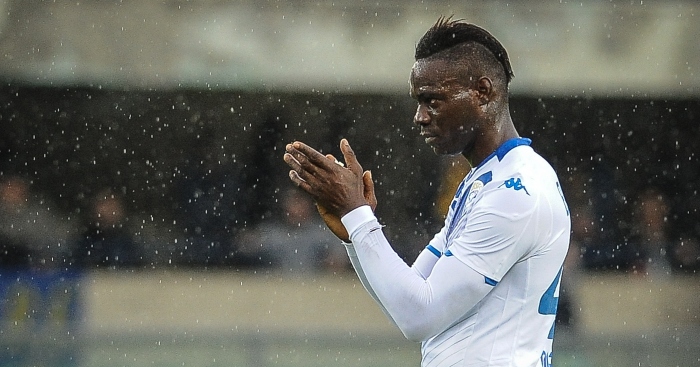 One of the most dramatic title races in recent history came to a conclusion this weekend in Sweden, while there was some lovely sh*thousing in the Premier League.

Just to give you a heads up, the final video will ensure you start your week on a bright note.

After Djurgården came back from 2-0 down to earn the point they needed to secure the Swedish title, the club’s sporting director fainted in the emotion of lifting the trophy.

Presumably this is an Eagle. Or a Seagull. Either way, it was to p*ss the Palace fans off. King of the WUMs.

So close to the gold standard for footballing novelties, a goalkeeper scoring, but he was denied by a great save from his opposite number.

Got the ball, ref.

He might be one of the greatest managers in the world, but he can be an underrated shithouse too.

So pep offered him the ball when city were 2-1 up.@ManCity pic.twitter.com/0MTLkDd5kg

Mario Balotelli responded to the racist chants by kicking the ball into the stands.

His teammates and match officials convinced the striker to remain on the pitch. pic.twitter.com/vvzuY7oBHZ

This was his second. Clutch player.

The police told him not to do it.

Watch: Eden Hazard scores brilliant goal for Madrid before VAR rules it out