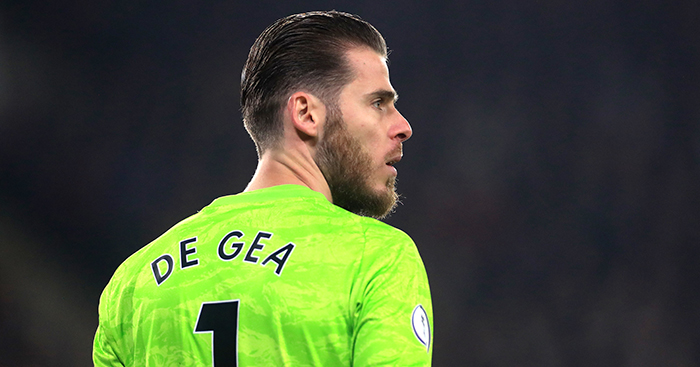 Liverpool and Leicester City won again at the top of the Premier League over the weekend, while Flamengo and Al Hilal secured their places at the FIFA Club World Cup.

Liverpool scored late again to see off Crystal Palace and stay well clear at the top in England, while Leicester were comfortable winners at Brighton and Manchester City beat Chelsea to go third.

But, as always, there were plenty of things catching our eyes away from the top of the Premier League…

There’s nothing he can’t do.

A goal, two assists and a clean sheet.

In L’Equipe today, Gael Givet says Sam Allardyce tried to fire Blackburn’s players up for a game against Man United in 2010 by showing them clips from Gladiator and 300. “We were all like, ‘Ahhhhh!’ [mimics soldier with sword]. After 30 minutes, we were 3-0 down. We lost 7-1.”

They won the Copa Libertadores for the first time in 38 years and celebrated in style.

Oh nothing. Just thousands of #Flamengo fans lining the streets of Rio, welcoming back the 2019 Copa #Libertadores champs. 🤩👏 pic.twitter.com/Lz2MlMOo6o

The celebrations after the winner weren’t bad either.

You know when people say they don’t have a weak foot? Ryan Kent means it.

Rising shots are the best.

Saying that, goals when you take the ball on your chest with your back to goal in your own half, spin, outpace two defenders, knock one to the floor and smash it in are quite good, too.

The only team in the Premier League to have conceded fewer than 10 goals. They deserved a good night out.

The Leicester City players have been spotted in Copenhagen on their Christmas party. #lcfc

Ben Chilwell is Tinkerbell, Harvey Barnes is Buzz Lightyear, Filip Benkovic is Super Mario and Marc Albrighton is an elf.

Who is Mr Potato head 😂😂 pic.twitter.com/mmgkOU3Gzm