13 things we loved this weekend: Eriksen, Payet, Can, Milner & more 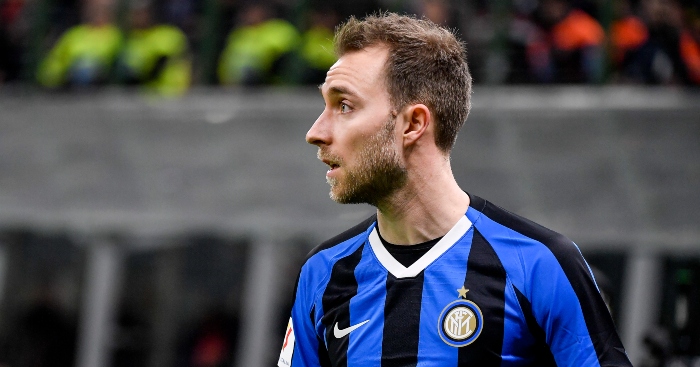 While we in England hunkered down to avoid Storm Ciara this weekend, the rest of Europe had plenty of fun with some ridiculous games across the continent.

Inter came back from 2-0 down to triumph 4-2 in the Milan derby, Borussia Dortmund were beaten 4-3 by Bayer Leverkusen, and Barcelona were 3-2 victors over Real Betis in a game featuring two red cards.

Emre Can scores a stunner against his former club on his Borussia Dortmund debut!!! pic.twitter.com/64JEvKkm6x

Just sprint up to a free-kick and whack it into the top corner, fair.

😮 Lecce are 3-1 up and cruising to a comfortable win away to Napoli now pic.twitter.com/VddAL5SaOr

The maddest own goal I’ve ever seen in the PSG Lyon game! pic.twitter.com/r1uC5Zm0uq

We didn’t expect him to do this.

Karim Benzema now has more number of assists than any player in the history of Real Madrid .

The former West Ham man has still got it at 38.

Ancelotti wasn’t happy with this.

Everton's Djibril Sidibé realises he is missing a sock just seconds before being substituted into the game between Everton and Crystal Palace today! 😅#EFC | #EvertonFC | #EVECRY | #Toffees | @EvertonInUSApic.twitter.com/5ouzkkD8eW

Sure, Porto beating Benfica is big, but this nutmeg is even better.

Porto were very good at nutmegs this weekend.

You can see the exact moment Lewis Wing wants to go home.

He’s still better than all of us put together.