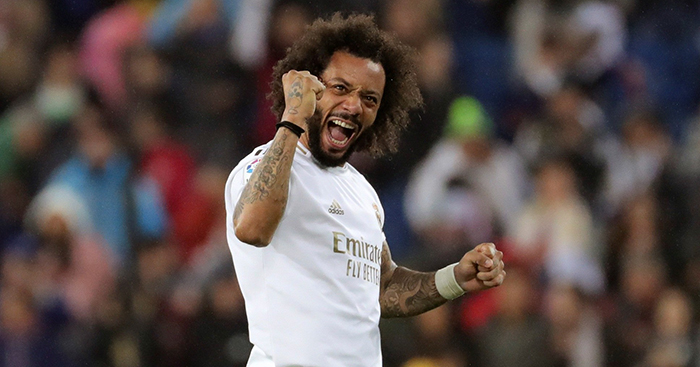 Watford finally ended Liverpool’s unbeaten run in the Premier League over the weekend, while Manchester City beat Aston Villa in the League Cup final to lift the first domestic silverware of the season.

Here is a selection of the things that caught our eye.

If this isn’t nominated for the Puskas Award, we’re taking our ball home.

Shamrock Rovers 1-1 Dundalk – Wow! Jordan Flores scores a goal of the season contender to level things at Tallaght. You'll be watching this goal for years to come. #rtesocer pic.twitter.com/tIhtCrKfml

When you need a hero…

Want to know what it means to win El Clasico?

Casemiro after the final whistle. The passion! from r/realmadrid

MLS is back, and so is Carlos Vela.

Sit back and watch his individual highlights from the Everton game. We think we love him.

Tom Victor is going to be begging to write about this today.

In this week’s update from Poland, a player breaks his own nose attempting an overhead kick.

Post-match tunnel vibes including when Tetts found out he was named Sky's man-of-the-match! 😂 pic.twitter.com/iAZ9eDfXXL

Well this was nice.