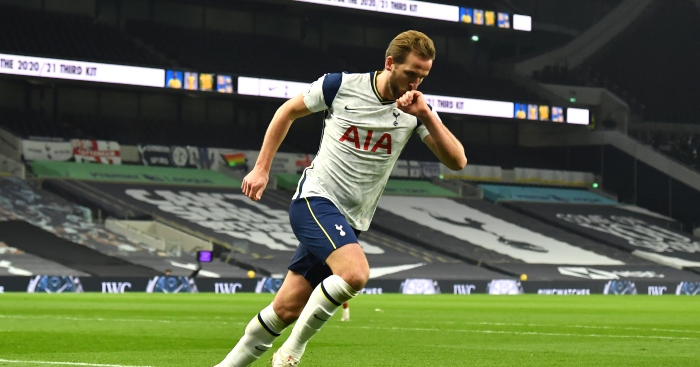 After welcoming fans back to their stadiums, Liverpool and Tottenham gave those 2,000 supporters something to celebrate this weekend.

This might just be our favourite goal of all time.

The simplest of finishes for Stuttgart's Silas Wamangituka…

Bremen didn't like it and he was duly booked for unsportsmanlike conduct 😬 pic.twitter.com/6uaP5XRASG

Neil Warnock was fuming about the facilities at Stoke!

When we heard that there was a great piece of skill during Man City v Fulham, this is not what we were expecting.

How Arsenal could do with something like this right now.

Look at the pass from Houssem Aouar 🤤

It was worth a punt.

Ronaldo trying out for the NFL apparently pic.twitter.com/09PPtFetdP

Those numbers are insane.

Sometimes you've just got to sit back and admire what a brilliant bastard he is🤭 https://t.co/ThhvclbwLd

Ally McCoist is all of us.

Another reason why Ole Gunnar Solskjaer should give Fernandes the armband.

Bruno Fernandes’ reaction after Mason Greenwood put us ahead is all of us. Just look how much it means to him! pic.twitter.com/7d77En03WF

The latest talented young Englishman to shine in the Bundesliga.

Jamal Musiala steps up for Bayern! 🔥

The 17-year-old subs on and scores fives minutes later ✨ pic.twitter.com/VYkXhBusNn