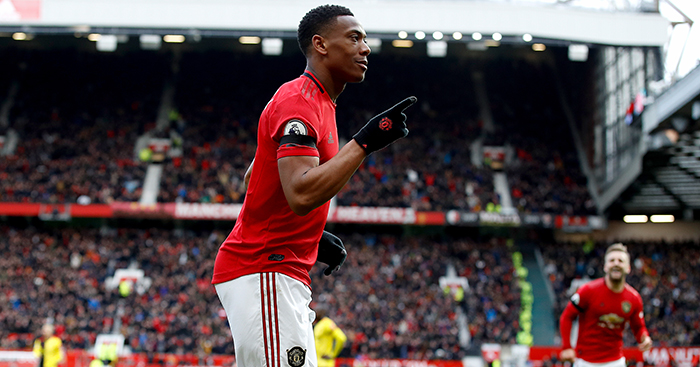 Chelsea, Manchester United and Arsenal all won in the battle for Champions League places over the weekend, while Cristiano Ronaldo and Lionel Messi were busy being themselves elsewhere in Europe.

There were also several outstanding goals across Europe, not to mention an act of shithousery in Macedonia that might just be our favourite thing ever.

Here’s a selection of the best things that caught our eye over the weekend.

The Premier League’s most handsome player is back, baby.

Andre Gomes on the support he got

🗣" I need to thank everybody, my supporters, football supporters, Evertonians, other players, everybody has been wonderful" pic.twitter.com/Bs5LW6JziH

Four goals, including a 26-minute hat-trick. Yeah, he’s good. This Ray Hudson commentary is worth a listen, too.

The great Ray Hudson talking about the genius that is Lionel Messi #fcbarcelona @kevinmornings pic.twitter.com/efWz8DvxvS

The hype is real.

This might just be the hardest thing we’ve ever seen.

How does a Scottish footballer deal with a dislocated kneecap? 🤔

St Mirren WFC captain Jane O'Toole bashes her kneecap back into place before playing on for the remainder of the game.

You’ll need to watch this more than once to work it out, but this from Macedonia might just be the best piece of shithousery we’ve ever seen. He was sent off and his team lost 1-0 in the 97th minute, but we’re still saying it was worth it.

A visually satisfying save.

The first player to score 200 goals for Paris Saint-Germain. From 298 games. Decent.

And you thought we only posted comedy clips from Poland…

Now this is an atmosphere. It didn’t work; they lost 3-1.

Twenty minutes or so from the Intercontinental Derby. It feels like Fenerbahçe are up for it. pic.twitter.com/3BzA5Q5E3H