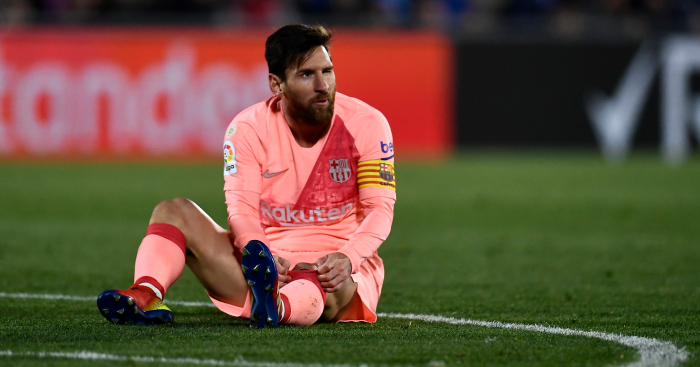 All the attention was on the FA Cup third round in England this weekend, while there was plenty more exciting action around the rest of the world.

The Magic of the Cup™ was in full force as the likes of Newport, Oldham and Barnet all caused upsets against teams from higher divisions.

We’ve rounded up some of the best moments on and off the pitch, including a lovely bust-up in a veterans’ game.

We’ve still not spotted that pass.

The Getafe man came up with one of the misses of the season with his side chasing an equaliser against Barcelona.

Manchester City are good, aren’t they?

Keep on keeping on, Philip.

Yes, this is good.

Michael Owen and Jason McAteer going at each other in Star Sixes is GREAT Sunday night viewing 😲 pic.twitter.com/1nU48MmE4Y

The Chelsea midfielder was given a standing ovation and appeared visibly emotional after being substituted in what seems set to be his final appearance in England before joining Monaco.

Tell us what you really think, Louis.

Paul Merson: “The quicker Liverpool go out of the Champions League, the more of an unbelievable chance they have to win the league.”

Louis Van Gaal to Dutch TV after viewing the clip of Merson: “This man is not normal. Liverpool shouldn’t take his bad advice into consideration.” pic.twitter.com/vrVhp2rgvN

No need for that, mate.

It hasn't been a good day to be an assistant referee… 🤦‍♂️ pic.twitter.com/a8SzJGd52b

The Welsh outfit produced one of the shocks of the FA Cup third round by beating Leicester, and their fans were keen to let Gary Lineker know.

Four goals earn the Indians all three points tonight. What a wonderful start to their #AsianCup2019 campaign! pic.twitter.com/FzkDo9Iq8x

A wonderful photo, and a nice moment. 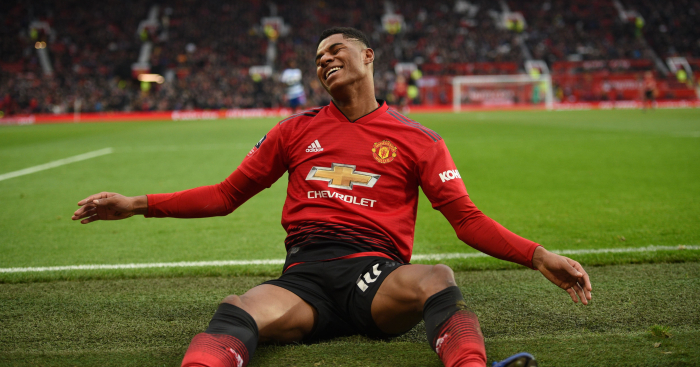 Watch: Rashford laughs at himself after falling over ball when through on goal