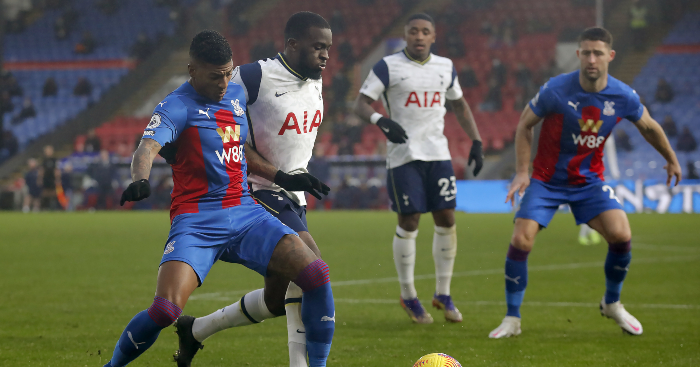 In another mad weekend of Premier League football, none of the ‘big six’ won their matches – with Arsenal falling to a new low.

Elsewhere across the world, Gio Reyna scored one the best consolation goals we’ve ever seen and the budding bromance between Roy Keane and Micah Richards gathered further momentum.

Arsenal could do with someone like this right now…

Richards and Keane need their own TV show.

Why so shy Roy??? 🤣 We’re both with @KellyCates at Old Trafford for @ManUtd v @ManCity live now on @SkySports. First up @NUFC v @WBA. 📺 ⚽️ pic.twitter.com/CbIQqjuZKd

Roy sees this open goal and dispatches it expertly.

"You were the only right-back at the club, we were stuck with you."

Who knew that Fred had this in his locker?

Fred activating his Brazilian membership to do a roulette on De BRUYNE 🤧pic.twitter.com/0WFjhPnCZc

How did such a terrible game produce this moment of great skill?

I’m a United fan but Kyle Walker dropping Pogba and Fred like this wasn’t a pleasure to see 😭😭😭 pic.twitter.com/VFBAovcJE6

We’re starting to see the real Ndombele this season and it’s brilliant.

No wonder people are calling him Liverpool’s heir to Sadio Mane.

This is why Manchester United and Arsenal are after him.

What a magnificent strike to put Bayer Leverkusen in the lead 🚀 pic.twitter.com/Ms6r0w2ZHC

Who cares that Dortmund lost 5-1. Just look at the goal they scored.

Everything about this goal is just sensational. 😱

They've not been at their best, but Dortmund produce a moment of magic and they're right back in it! 👏 pic.twitter.com/oYkuBi2pyz

That’s 17 goals for the right-back already this season.

WHAT A FREE KICK FROM JAMES TAVERNIER
pic.twitter.com/L2jze439ci

While we’re on the subject of great goals from right-backs.

An absolute ROCKET from Dani Carvajal! 🚀

Such a pure strike from the Real Madrid defender 💥 pic.twitter.com/E2BBTIBuWy

Gravenberch is starting to make a habit of this.

Ryan Gravenberch with a beautiful placed shot outside the box. Power & placement. 🔥 pic.twitter.com/KHcQEVg1dc

That ball boy required a new pair of trousers.