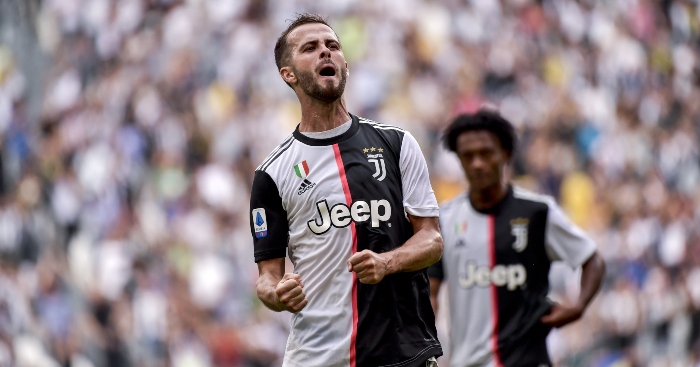 Some of the biggest names in European football came to the fore this weekend as Franck Ribery rolled back the years and Miralem Pjanic treated us with his latest wondergoal.

It was also a good weekend for goalkeepers – well, maybe not Dean Henderson or Jack Butland – as Ederson, Marc-Andre ter Stegen and Jan Oblak all caught the eye.

Get your headphones in for this.

Straight from the Phil Jones school of defending.

A goal that belongs in the 90s – preferably scored against Peter Schmeichel.

Thwack of the week.

Fiorentina absolutely taking the piss to go 3-0 up at Milan is quite wonderful.

Milan’s response wasn’t too bad, to be fair.

Best in the world?

The new handball law is having a weird effect…

0 – André Onana is the only player in Ajax' starting line-up who did not fire a single shot against FC Groningen. Siege. pic.twitter.com/k7CfunC0z4

You can’t beat a bit of ballboy shithousery.