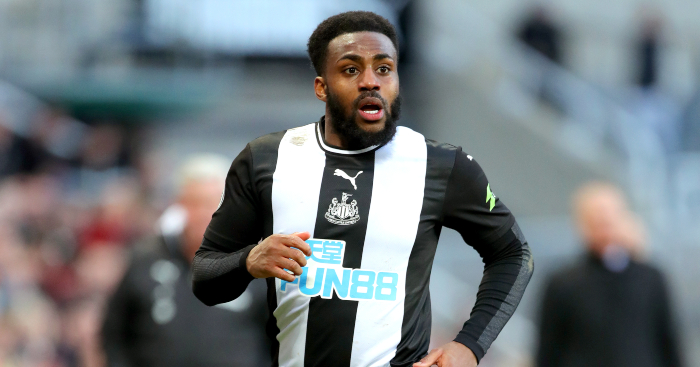 While football’s immediate future remains uncertain, Danny Rose has left us in no doubt he’s one of the good guys this weekend.

Elsewhere, Gary Neville and Jamie Carragher rekindled old rivalries, and who doesn’t want to see a video of ‘football hooligans’ comparing how much their jumpers cost?

We’ve rounded up what caught our eye most this weekend.

Rose continues to show he’s one of the very best.

After donating £19,000 to the North Middlesex Hospital in North London, and sending food to the hard working staff there, Danny Rose has now donated £10,000 to two domestic abuse charities.

Thankfully the Liverpool icon has been released from hospital after his health scare, which prompted this story to surface.

Last year me and mates playing golf at Hillside. Kenny Dalglish was in clubhouse. We got talking my mate who was with us explained his dad wasn't in the best of health. Kenny took address. Next morning kenny turned up at house in Kirkby, had a bacon butty. stayed for an hour.

When Gary Neville was asked who replaced him in his final game for Manchester United, when he was given a torrid time at West Brom, Carragher stepped in first: “Someone from the crowd!”

We should have got this family on our podcast episode on Colin.

Summing up exactly how we all feel right now.

Two Galacticos shooting the breeze – what’s not to like?

🗣"You are one of the best of all time, thank you for many balls you have given to me"

A new rival to Non-League Dogs.

We felt exactly the same when we met Eirik Bakke when we were 11.

Lionel Messi on Thierry Henry: "The first day he entered the dressing room, I didn't dare look at his face. I knew everything he had done in England. I had a picture of him made & suddenly we were on the same team. What I feel for Titi is best described as admiration.” pic.twitter.com/YGq6HGbvf3

We’re quite jealous of these, even though none of us support Newcastle.

Was having a bit of a clear out and found these #LockdownToon pic.twitter.com/N1ubDtnpVa

The Manchester United boss was doing his bit for the club’s youngest players.

Nice start to the day with a live Q&A with Ole Gunnar Solskjær for the youngsters. Quality from @ManUtd 👏👏👏 ⚽️ #mufc #pre-academy #academy pic.twitter.com/kZ9l02kVUA

It was The Chief’s birthday at the weekend, which seemed as good a reason as any to dig out this classic photo.

To get you in the mood for the rest of the week, here’s a video clip of football hooligans correcting each other on how much their Lacoste jumpers cost.

With one pirouette, Zidane showed why sometimes it’s better not to score