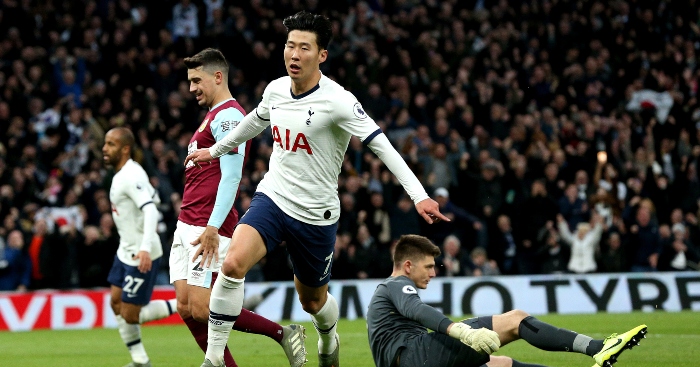 The good vibes continue at Tottenham under Jose Mourinho, while Ole Gunnar Solskjaer and Marcus Rashford enjoyed a week to remember with Manchester United.

Elsewhere, Luis Suarez scored the best goal of his career and Craig Pawson witnessed the worst throw in he’s ever seen.

Suarez described this as the best goal of his career, and we’re not going to disagree.

🐐 It's 4-1 at HT as Leo Messi goal also got his second and Barca's third pic.twitter.com/gTxk2C6TmE

A record-breaking 35th hat-trick in La Liga, in which he is now this season’s top scorer despite missing the first six games of the season through injury. The maddest thing is we don’t even bat an eyelid anymore.

😱 Messi with his weekly screamer!

⚽ 2-0 to Barca and Mallorca could be in for a long, long night pic.twitter.com/1GIqdUBPjY

A fantastic impression of the Road Runner.

Rashford’s insane burst of speed to get up in support of Fred. pic.twitter.com/3KUtLQpxK9

It will obviously end in tears and acrimony, but it’s all really nice right now, innit.

Jose Mourinho wrestles the match ball off Heung-Min Son to give it to Spurs youngster Troy Parrott pic.twitter.com/Sk27JukWE9

This will make you feel warm on a cold Monday morning.

Ferguson hugging a ball boy 🤣🤣. I love him so much 💙💙💙. God does exist and he goes by the name of Dunc 💪👊 pic.twitter.com/6Ym1ekyHkj

“That’s the worst throw in I’ve ever seen.” Tell that to Serge Aurier, mate.

The giddy hop at the end of his celebration with the fans is even better than his goal.

Alioski strikes it beautifully from outside the box, past Grabara and into the back of the Huddersfield net 👌

Watch live on Sky Sports Football and follow in our blog – https://t.co/dcfDIjyF5N pic.twitter.com/JNc7DYROVY

Grady Diangana needs to be arrested immediately for ending this man’s career.#WBA pic.twitter.com/QIiFw1IeA2

Juve may have been beaten 3-1 by Lazio, but Szczesny deserves credit for this.

🚨 INCREDIBLE SCENES AT THE OLIMPICO!

😱Unbelievable double save from the Juve stopper to keep his team in it pic.twitter.com/KI46OJSGFj