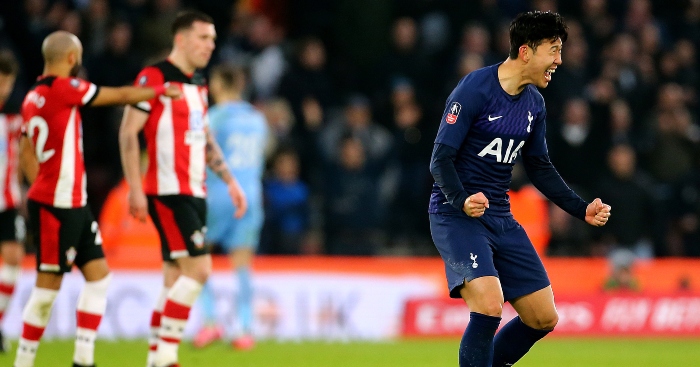 Liverpool may be streaking away at the top of the Premier League, but Jurgen Klopp’s men were stunned by League One Shrewsbury Town on Sunday.

A moment to sum up Liverpool’s second half against Shrewsbury.

Mo salah passing to Matip the player that replaced him 😂😂😂 pic.twitter.com/tA0QdDKbKc

Something tells us this Villarreal fan didn’t want the Deportivo striker’s shirt.

Jadon Sancho has now provided 25 league assists since the start of last season, more than any other player in Europe's top five divisions.

😍 The quick free kick from just inside the Torino half catches Sirigu off his line and flies into the top corner!

🙌 What an INCREDIBLE GOAL pic.twitter.com/mJtjrYjUyU

Contender for miss of the season.

Of course Jones got covered in mud. Of course he did.

You cannot argue with that.

Shout out to Mato Jajalo for his explanation on why Udinese lost this weekend: "The difference is that Parma scored goals and we didn't." pic.twitter.com/a2dsGbkRdr

After two Liverpool fans confused Genk with Gent earlier this season, they were invited to the match between the two Belgian clubs this weekend.

Last October, they ended up in @stadgent when they actually wanted to see @liverpoolfc play🆚Genk in the @championsleague 😅So to cheer them up, we invited them to our game against @krcgenkofficial tonight. Glad you made it this time Lee & Rob😁 Have a good one! #GntGnk #kaagent #lfc