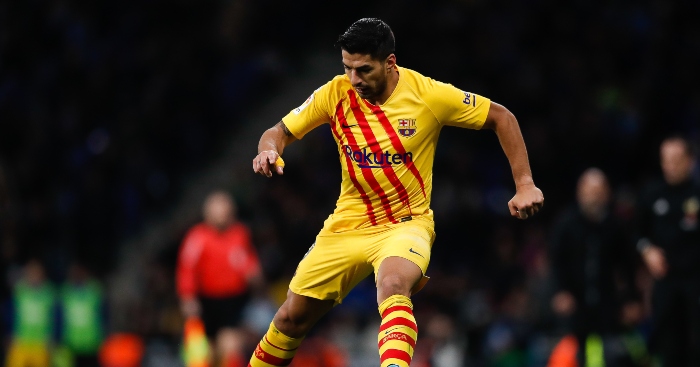 The FA Cup took centre stage in England this weekend as the third round provided plenty of entertainment around the country.

Elsewhere, competitions on the continent resumed after winter breaks in the likes of Italy and Spain.

Start your week right with the most heart-warming interview of the weekend.

There’s a lot to love about this.

GOAL OF THE DECADE 💥

What a hit from Kyle Vassell 🔥
pic.twitter.com/N1EKDfN41t

Pick that out too.

A 17-year-old creating a goal for a 40-year-old to earn a League One side a replay against a Premier League outfit: The Magic of the Cup™.

It’s the 19-year-old against the world.

🙌 Sandro Tonali doesn't plan on letting any Lazio player get the ball off him!

⭐ What a talent the 19-year-old midfielder is! pic.twitter.com/jipNhysiWJ

Just when he looks like the most right-footed player of all-time, he pulls this out with his left foot.

The last 10 goals scored by Barcelona in La Liga have either been scored or assisted by Suarez.

He’s really quite good, isn’t he? In that lovely kit, too.

When asked about Arsenal beating Man Utd Alioski says it’s not a big deal “this season even we could beat them” @itvfootball pic.twitter.com/bAlLBOXGuO

A great gesture by the Australian.

The unity of our nation being demonstrated by everyone. Jumping on board with the @thepfa through the footballers trust in donating $1000 for every goal scored across this weekends @ALeague and @WLeague fixtures. Hoping relief is just around the corner ❤️🇦🇺 pic.twitter.com/tT6iSRZRMq