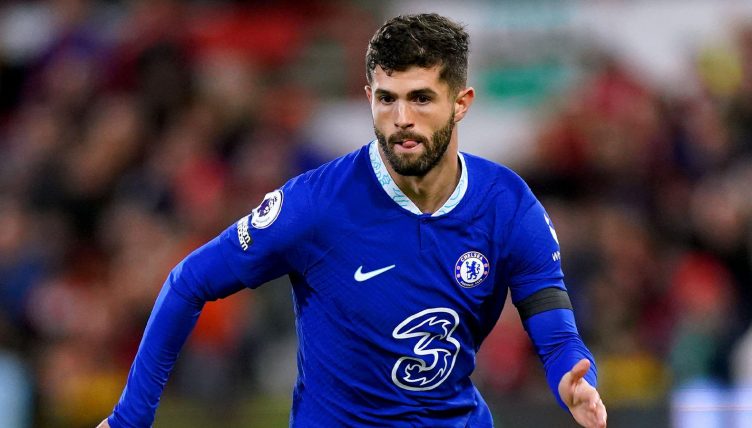 The 2026 World Cup in the United States, Canada and Mexico looks like it will be perfectly timed for some of the rising stars of the USA and Canadian national teams.

Both countries showed glimpses of what they can do during the Qatar 2022 World Cup, but we think they could come to their peak around 2026 right in time for the next tournament.

We’ve picked out 14 players who – if everything goes to plan – could be a force to be reckoned with at the World Cup on their own patch.

Born in Leamington, Ontario to Portuguese parents, the midfielder’s decision to represent Canada rather than Portugal last year raised a lot of eyebrows, with plenty believing him capable of going on to play alongside Cristiano Ronaldo, Joao Felix and co.

Having broken through at Primeira Liga outfit Chaves he now finds himself playing for Porto and as a regular in the Canadian national team. There’ll no doubt be plenty of fans from his hometown looking to support him at bet365 Ontario come 2026.

Named ahead of Alphonso Davies as Canada’s Player of the Year for 2019, he was also named in the Best XI in the Gold Cup that summer after finishing top scorer in the tournament, outshining the likes of Raul Jimenez and Pulisic.

These days he is going strong with Lille and was the club’s top scorer last season with 19 goals. David is now only four goals away from becoming Canada’s all-time top goalscorer and surpassing fellow teammate Cyle Larin.

After progressing through the youth ranks of Liverpool and Fulham, Millar now finds himself playing for Swiss Super League club Basel. The 23-year-old has hugely benefited from the move a few years ago.

Millar was included in Canada’s 2022 World Cup squad, although he only played a total of nine minutes as a substitute against Belgium. By the time the 2026 World Cup rolls around, Millar should be in his prime.

The full-back scored Canada’s first-ever goal FIFA World Cup goal with his header against Croatia. The result didn’t go their way in the end as Croatia mounted a second-half comeback, but what a moment this was.

📺📻📲 Watch on @BBCiPlayer, listen on @BBCSounds & get more on the @BBCSport app#BBCWorldCup #BBCFootball pic.twitter.com/H8Uax2H2RT

Brian McBride, Landon Donovan, Clint Dempsey. All were good – great, even – players in their day.

But 24-year-old Weston McKennie turning out for Juventus in the Champions League and scoring an acrobatic finish like this away at Barcelona may well signify this new crop is a level above anything America has seen before.

The Juventus midfielder started in all four of the USA’s matches at the 2022 World Cup and we still think there’s more to come from the dynamic midfielder.

Some display, some strike! 🥋💥

Weston McKennie was on fire for Juventus against Barcelona! 🇺🇸 pic.twitter.com/i1pCeVskeV

The trailblazer and great hope for the USMNT, it’s easy to forget that New Jersey’s own Christian Pulisic is still just 24 and has plenty more to offer in the coming years.

He’ll be at the peak age of 27 when the 2026 World Cup comes around. His nation is expecting greatness and he might just deliver. 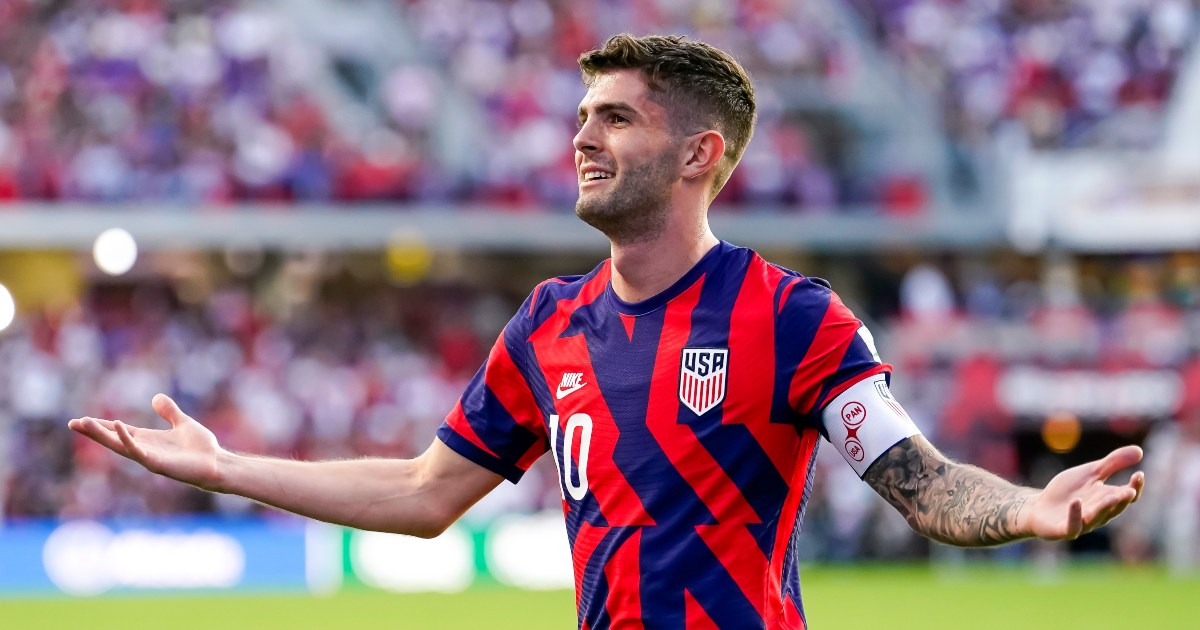 READ: 7 stats behind Christian Pulisic’s amazing performances for the USA

Originally from North Carolina, hotly-tipped goalkeeper Chituru Odunze moved to England at a young age but represented the USA at Under-17 and Under-20 level.

Having spent time at Chelsea’s academy as a youth, he spent some of his teenage years back in North America in Calgary, turning out for Vancouver Whitecaps, before returning to these shores last year. He’s now in Leicester City’s youth ranks.

At just 20 years old, Musa has already racked up over 80 appearances for Valencia and the midfielder is also now a regular for the national side.  The former Arsenal academy graduate can play a number of roles in midfield and has produced two assists this season.

Robinson almost sealed a move to Italian giants AC Milan in the January transfer window of 2020, but a complication with his medical saw the deal break down.

Still, the full-back is going strong with Fulham in the Premier League these days and he is probably one of the quickest players in the national side right now. He’s also quite the entertainer.

Xavi didn’t seem to fancy Dest at Barcelona and so he sent him on loan to AC Milan for the season. The 22-year-old has had a frustrating season so far as a series of injuries have kept him out of action.

He did manage to recover in time for the 2022 World Cup though and he is expected to have a big role to play in their 2026 campaign.

Born in Sunderland while his dad Claudio Reyna was turning out for the Black Cats in the Premier League, following in his footsteps to represent the USMNT. An attacking midfielder, he already looks seriously special.

Borussia Dortmund have quite the reputation when it comes to nurturing young talents and so Reyna looks like he is in the perfect place to develop his skills. He dances past defenders with ease.

Leeds United were in the market for another holding midfielder after losing Kalvin Phillips to Manchester City and in the end they landed on 23-year-old Adams.

The versatile midfielder has already made a positive impact in the Premier League and is a popular name at Elland Road. So far this season he has won 60 tackles, which is more than any other Leeds player.

The son of the legendary George Weah, rather than represent Liberia – which his dad is the actual president of – he’s instead opted to play for where he was born and raised.

Having come through PSG’s academy, his pathway to the first-team looked blocked by their stacks of senior elite talent and having spent a short loan spell at Celtic, he’s now at Lille and continuing his development.

It looks a more natural fit for the forward. He’ll be hoping to follow in the footsteps of Eden Hazard, Lucas Digne and Franck Ribery in going from the Ligue 1 outfit to the big-time.

Having come through the Barcelona youth ranks, the winger joined Marseille in the summer of 2021 after his first-team opportunities were limited in Spain. Now 21 years old, he is spending the season on loan with Olympiacos.

He has received three caps from his country so far and he will be hoping to add to that tally before the 2026 World Cup rolls around.

READ NEXT: The 13 weirdest American signings in Premier League history

TRY A QUIZ: Can you name every player from the USA to score in the Premier League?